What My Kid Knew about Kubo 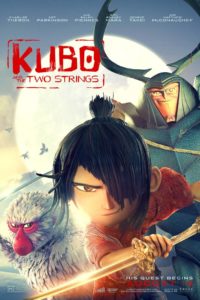 [Spoiler alert: This post is about the end of the movie, Kubo and the Two Strings. However, since, I believe, the ending nearly spoils the film itself, you can read this and still enjoy the other, real pleasures of the movie.]

In the dramatic climax of Kubo and the Two Strings, our young hero defies the cold will of his grandfather, the Moon King, standing in a graveyard with nothing but his shamisen and delivering a (frankly) pretty forgettable speech about stories, memories, and identity.

His point, anyhow, is that our memories are our stories and our stories make us who we are. The ghosts of the dead rise up from the graves to reinforce this, and through some incomprehensible mechanism Kubo and the ancestors break the power of the Moon King.

In the wake of the battle, the Moon King has been transformed into an old man with no memory. “Who am I? What am I doing here?” he asks the gathered townspeople.

They quickly jump in with answers: “You’re one of the kindest, most generous citizens of our community,” they say (or something along these lines). “You’re loved by everyone.” A child adds, “And you always give children candy.”

The erstwhile supervillain begins to laugh and play with the children, and the “lesson,” I guess, is that we can start over, rewrite our stories. Or else others can rewrite our stories for us, which, apparently, is acceptable if it means helping that person become good and protecting your town from being burned to ashes again.

But if memories are so important, are our essential stories, can it be acceptable to deny someone his memories? to replace them with falsehoods? to remake him in our own image?

My seven-year-old liked the movie, but I asked him about this scene.

“Well,” he said, clearly conflicted about this so-called happy ending, “it was kind of like lying, but they wanted him to be a good person.”

“Kind of like lying,” he said, and I winced. I, too, had otherwise really loved the film, but what should I make of a scene that causes my son to question whether a lie is a lie?

I could, I suppose, have taken it as an opportunity to talk about those moral gray areas where it may be permissible to commit a small sin to prevent a great evil. Or offered a generous reading that they saw the potential good in him and gave him a story to grow into.

But I couldn’t help seeing this story as unstable. What happens when the grandfather asks after Kubo’s parents, whom he killed? Or when he asks about what happened to Kubo’s eye, which he himself took, and the second of which he was planning to take, which initiated the action of the whole film?

One well-meaning lie must lead to a life comprised of more lies. Over time, it would get easier, I suppose, as the Noble Lie became myth and its own kind of truth, but it is still a truth premised on forgetting other truth.

Maybe all truth entails some forgetting of truth, and maybe all truth, imperfectly assembled by limited humans, entails some degree of falsehood, but surely few truths begins their lives as a wilful deceptions.

The underlying assumption is that this Noble Lie was the best or only way to change the former Moon King. This despite another character in the film, who also experienced a memory wipe, retaining many of his essential personality traits—and samurai skills.

Moreover, the more profound truth of Scripture is that change happens not as a new story but within the same story. Creation-Fall-Redemption (for Calvinists) isn’t replaced with Creation-Happy Times. Rather, we are refashioned and transformed, but we remain continuous, at least in memory, with our former selves.

The old self falls away, but that’s part of the story. I have been reborn, remade. I once was lost, but now am found.

To say otherwise is to speak a lie. Even my boy knows that much.

So, I said to him,  “Yeah, buddy, it was lying, wasn’t it? That made me uncomfortable, too. What do you think the townsfolk could have done differently?”

He wasn’t sure, and to be fair, this is a tough question for a seven-year-old. But, while I didn’t want to overplay it, I wasn’t done with my Dad Moment.

“Maybe they could have started by explaining that Kubo was his grandson, and tell him stories about Kubo,” I said. “That way they could start with good, true things, and he’d learn to love his grandson. At some point they’d have to tell him the truth, but maybe by then he would want to change. Then it would be his choice.”

I tried to offer a little theology: “We believe God can change us without wiping our memories clean. In fact, we believe it’s important to remember what we’ve done so we can appreciate what God has done.”

Who knows how much sank in. So much of parenting feels like sowing seeds, over and over again, and hoping that you’ve found and tilled some good ground somewhere in those impulsive, frenetic, wonderful, mysterious persons.

In an age seeking technological solutions for human problems, we may soon see technology that attempts to erase or rewrite memory as a form of personal or social engineering. The nightmare of Eternal Sunshine of the Spotless Mind is not so fanciful.

I prefer Inside Out, which understands how memory grows, accumulates, matures.

I guess I’m saying, “Please, Postmodernism, pay closer to attention to what you’re preaching.” I love a good story as much as anyone, but it’s still important to me—for myself and for my children—that some stories are true.

The image above is the poster for Kubo and the Two Strings, of which this post is a review. 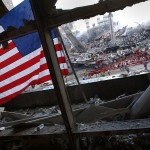 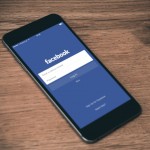 September 15, 2016 Unfriending, Impractical Jokes, and Other Foibles
Recent Comments
0 | Leave a Comment
""It doesn’t matter when you start the Sinatra Christmas playlist or put up your tree. ..."
C_Alan_Nault How to Win the War on ..."
"Yup."
Max Marvel Finding My Inner Calamity Jane
"I an confused by the use of "aural" here: "In The Gutenberg Galaxy, he explained ..."
William G II The Gutenberg Imagination
"My friend is looking for a Pepper Smith he served in the army with, was ..."
Christine Budnack The Love Song of Pepper Smith
Browse Our Archives
Follow Us!