The Crazy Sex Lady at the Solitary Banquet 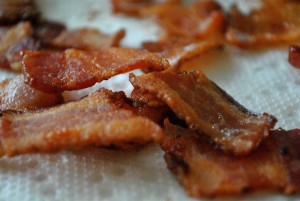 “The crazy sex ladies are coming to school today,” said my oldest. “We’re missing it.”

“Good,” I said. I was driving the kids to the middle school an hour into their first period class. A glitch in the family routine over the past twenty-four hours prevented any of the three alarm clocks in the house from going off. We all overslept that morning, which must have been a mercy of God, because I’d been wondering what to do about the crazy sex ladies for a long time.

I went through training over the summer to become a crazy sex lady, to teach abstinence in public school.

It seemed, at first, like a good fit for me. But something became clear to me after going through the training (though I couldn’t quite pinpoint the problem at the time): attempting to instill an elevated concept of sexual purity without a corresponding concept of grace is just as dangerous as teaching that “anything goes.”

This particular program used all the usual dumb techniques to show that purity matters: spitting in cups, showing sticky notes that lose their stick when they are overused, techniques suggesting that a person who’s had sex before marriage is a disposable object that cannot be bought, sold, or given away.

But such exercises are not the totality of the problem. The title of the program used empowering language like, “I decide” and “doing what’s right for me”—language intended to give kids the vocabulary to say no to sexual pressures from the media and their peers.

And I realized the one thing that bothered me most, is this idea that you are an island, strong and strident, keeping yourself pure and unsullied from the masses.

You are your brother’s keeper.

It’s not that you love yourself too much to allow such an indignity on your person as sexual impurity, though that’s a part of it. It’s that you love humanity, all of your sisters and brothers in Christ too much to inflict injury or injustice on them, to treat them as objects either by making them the outlet for your sexual desires, or by discarding them in friendship when they’ve made poor sexual decisions.

Impurity, then, is to will a good only for oneself.

It is charity that draws people toward the Grace of God, not a perfect moral performance in life—and charity is a long, slow-burning virtue.

For instance, when I reentered my house after all my rounds in the morning, I felt an immediate sense of dread. In our rush, we’d left the place a disaster. I discovered strong evidence that someone had been eating cupcakes in the bathroom, possibly even on the toilet, which is…unchaste.

Aside from the usual prohibitions against shitting where you eat, someone had taken for himself what he did not trust would be given, and had devoured it alone, in secret, an act which exhibits the darker effects of teaching: that Christianity is about self-deprivation—a message I’ve probably passed on subliminally.

In the past year or so, I have begun craving more—an all encompassing theology, a life of prayer (not just set aside times of it), deeply held virtues of kindness, gentleness, meekness, charity and chastity, that are the overflow of accepting God’s love for us, the nourishment of feasting at the divine table. I’m not talking about behaving well in order to prove oneself worthy of the banquet, but becoming the effulgence of grace and mercy of which we have so long been beneficiaries.

How do I get it? How do I share it with my children? And at the very least, can we just stop using these disdainful voices with each other?

I suspect that it starts with being unwilling to satisfy myself with junk food. When one person is starving, usually another is getting fat. Or as my sister-in-law summed it up once: “If your life is easy, you’re probably making life difficult for someone else.”

Shopping is easier than investing in my home life, so is going online, or having a glass of wine. Yelling is easier than looking for rational solutions to conflict. Bossing people around and then getting angry when they don’t follow my directives is easier than demonstrating with charity how to do something.

And sometimes, yes, hurting someone is easier than holding them.

I began this afternoon on a cleaning jag, throwing away food that’d been quarantined to the back of the refrigerator for months—lumpy buttermilk, decades-old sauerkraut, fermented beets, all tossed down the Insinkerator, only to come sputtering out in gallons of overflowing sour-milk-kraut-water below the cabinet. I found a leak and sauerkraut sizzling and sparking in the outlet, piles of kraut on every tube, wire, and mismatched Ball jar beneath my sink.

So satisfying, isn’t it, to finally approach a long-dreaded duty, only to have it quadruple and magnify the work you’d set out to do?

I turned off the water and electricity in the kitchen, because my husband is out of town, and I don’t know how to fix it. When the kids came home, I planned to take them out to dinner, and then to church for Sunday school, which our church holds on Wednesday nights.

Instead, I managed to get in a standoff of wills with my oldest child that escalated and came to no good end.

All the children had to get out of the car, rather than going to Sunday school, and I began to cook some frozen bacon, which I promptly burned.

Everyone was disappointed that their night didn’t go as expected. One of the kids began throwing books down the stairs, while another waged a campaign to watch movies for the rest of the night, a campaign I couldn’t honor, because, well, just because—you don’t get to drown your sorrows in media when things don’t go your way.

What do you do when you’ve tried to set a banquet for your family and you are the only one who wants to attend?

After the children had eaten, I made a plate with a strip of blackened bacon and a fried egg. I sat down and poured a smooth, easy glass of wine, which I drank for all of my six children, and for my husband, who’s been on the road for two days.

I don’t want to be alone on this island. Then again, since charity is a slow-burning virtue, maybe none of us can be dragged to it tooth and claw. Embracing this elevated concept of a banquet requires as much grace as anything, including the patience to wait on all of us to receive it.

The image above is by cookbookman17, used by permission of a Creative Commons license. 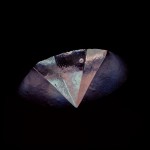 September 27, 2016
Getting Close to You, God: A Meditation During the Month of Elul
Next Post 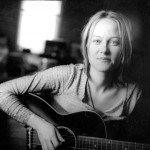 September 29, 2016 A Conversation with Claire Holley
Recent Comments
0 | Leave a Comment
""Aural" refers to hearing, "visual" to seeing"
merphd The Gutenberg Imagination
""It doesn’t matter when you start the Sinatra Christmas playlist or put up your tree. ..."
C_Alan_Nault How to Win the War on ..."
"Yup."
Max Marvel Finding My Inner Calamity Jane
"I an confused by the use of "aural" here: "In The Gutenberg Galaxy, he explained ..."
William G II The Gutenberg Imagination
Browse Our Archives
get the latest from
Catholic
Sign up for our newsletter
POPULAR AT PATHEOS Catholic
1