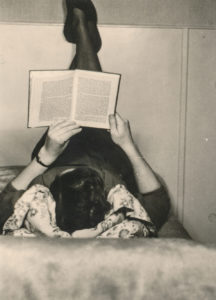 This past week, I taught my last English class for quite some time. Three years ago, I moved to my new city in the Midwest. Almost right away, I started teaching literacy to people (mostly women, mostly older, all East African refugees) who have been denied access to education.

The levels of trauma, displacement, oppression, and prejudice contained in that single educational qualifier “non-literate” are hard to explain.

I taught in the corners of crowded libraries, classrooms, computer labs. I taught inside of makeshift police offices and elder housing complexes. I learned about the housing crisis in Minneapolis, I met large families who lived in homeless shelters, I learned of the cracks in the system, how gaping and wide open they turned out to be.

I helped people fill out forms and connect with resources and each other, I learned Somali songs and went to weddings, I ate delicious food and learned how to put the proper amount of cinnamon, cloves, ginger, and cardamom in the tea I made for us all.

I scolded people for driving without a license and visited women in their apartments after they gave birth. I delivered cheese and pineapple pizza to people, baked hundreds of Funfetti cupcakes, which were much too sweet for any of us. And in the end, I saw maybe one person learn to read.

It happened just a few months ago, at my volunteer teaching gig, the one at the apartment built for elders in the neighborhood just a few blocks from where I live. I do a Bible study there with a former neighbor (now good friend) and she mentioned the Somali residents who couldn’t speak English.

Together we started showing up once a week with papers clutched in our hands. Some weeks one person came; other weeks it was upwards of ten. All varying proficiency levels, all matter of needs. But we all had one thing in common: we wanted to get to know other people better. We were all tired of being islands.

One woman, without my even noticing it, started to remember what letters made what sounds. One day, she started to string those sounds together. Another day, she knew what those words meant, in English. Then, she started reading. She wore dark glasses indoors and smiled constantly and grew very impatient if it took me too long to open the door for her.

The day she read the story, by herself, understanding it, she could not stop smiling and hugging me. I did not know what to do. I had been talking about the alphabet for years now. I had my posters and worksheets and songs and chants and it was all so secondary to watching people try so very hard just to make it to the next day without any more chaos entering into their lives. But this woman, in front of my eyes, had learned to read.

One student, out of numerous classes, several years, hundreds and hundreds of hours. Is it worth it?

Of course it is.

And yet, it isn’t. Who knows why this woman was able to learn?

One thing I do know is that she lived in stable housing. Perhaps her children came to visit her in the elder housing, took her shopping. She had enough food in her cupboard for that week. She was old, and not required by the government to work or attend English class five days a week.

Poverty was still a reality for her, but it was not grinding her down. Her basic needs were met, her babies were grown, and she was trying in her own small ways to become friends with her neighbors, most of whom were not Somali like her.

I left my classroom this past week. I am going on maternity leave, and then I will be moving across the country. I told my students, and at our class party we celebrated each other, the small successes, our bonds with each other.

They lifted their palms up and prayed over me, kissed their hands and rubbed them on my belly. They bought me tiny baby clothes, they asked for my phone number and continually call me up at random hours throughout the day, our common language so bereft for the needs we have, how much we long to tell each other: what we have learned can never be taken from us.

We have learned to love outside of ourselves. We have become literate in the ways of neighborliness. And it has all been worth it. Of course it has.

This post originally appeared on “Good Letters” on April 9, 2015.

D.L. Mayfield lives and writes in Portland, OR with her husband and two small children. Mayfield likes to write about refugees, theology, and downward mobility, among other topics. Her book Assimilate or Go Home: Notes from a Failed Missionary on Rediscovering Faith was released in 2016 by HarperOne. Her website is dlmayfield.com.

Above image by simpleinsomnia, used with permission under a Creative Commons License. 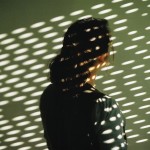 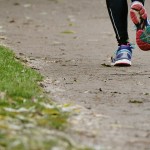 February 9, 2017 Ready to Run
Recent Comments
0 | Leave a Comment
Browse Our Archives
get the latest from
Catholic
Sign up for our newsletter
POPULAR AT PATHEOS Catholic
1