On the 50th Anniversary of the Six-Day War 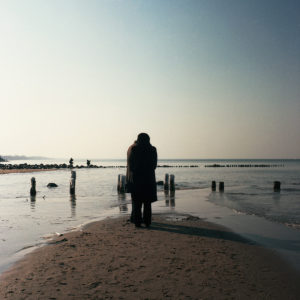 What I didn’t know in June of 1967 was that this month and year for Jews around the world was the moment of great triumph, the moment of saying to Hitler and his legions, you lose, you lose, you lose. Pride moved like a fever throughout Kingston Estates Swim Club, from the Jewish mother with her iced tea to the Jewish mother seated with mahjong tiles spread out before her, from the Jewish father at the plate to the Jewish father in right field, the perfect arc of the deep fly about to deposit the softball right into the pocket of his gloved hand.

I was thirteen. It was my mother at the mahjong table, my father at bat. It was my summer, my swim club, where my game was tetherball and I drank vanilla milkshakes half-listening to the announcements on the loudspeaker while proudly wearing my green, deep-end band around my wrist. I was a suburban kid, a middle-class assimilated Reform Jew—Israel was a smudge at the edge of my map of interests, concerns.

My eye was set on Robin. She was my promised land. She was the country in which I would prove to the world, the kids on the block, that I wasn’t a Jew; I was a man.

As I write this, it’s coming on June of 2017, the fiftieth anniversary of my ignorance—let’s say my ignorance of Jewish history through which I drifted until, in July 1976, I landed in Tel Aviv, and found myself already written into a book, thousands of pages of which had already been completed, a few of which had hints of me but without naming me or situating me in a trap that I would either need to escape, proving how clever I was, or a trap that I would need to transform into a home, my home among my people.

Among my people, I am one who didn’t fight in the Six-Day War, but was called to Jerusalem nine years later, to the romance of Jerusalem, the freedom of a young American Jew who hadn’t suffered a pain any greater than the heartache of several failed love affairs—if that’s the right way to characterize a girlfriend here and a girlfriend there, the explosions of young bodies in public parks and VW Bugs and creepy motel beds.

But that’s a story for another time.

It’s the fiftieth anniversary of the Six-Day War, and I want to mark the occasion here by spending a moment or two with an enduring love, a love that has sustained me since the hour that Isaac Luria spoke to me from his grave in Safed, Israel; since the night that my backpack with my notebook, my camera, and my copy of Naked Poetry: Recent American Poetry in Open Forms was stolen while I was being blown by a Belgian Jew on Tel Aviv’s beach; since the days and nights I kissed or pissed on Jerusalem stones.

The true and enduring love of whom I speak: Yehuda Amichai.

And since I just stumbled in my memory on Jerusalem stones, then this, from Amichai’s powerful twenty-two part poem “Jerusalem, 1967”:

Jerusalem stone is the only stone that can
feel pain. It has a network of nerves.
From time to time Jerusalem crowds into
mass protests like the Tower of Babel.
But with huge clubs God-the-Police beats her
down: houses are razed, walls flattened,
and afterward the city disperses, muttering
prayers of complaint and sporadic screams from churches
and synagogues and loud-moaning mosques.
Each to his own place.

It’s a signature architectural feature of the city, Jerusalem stone. It’s ubiquitous. It unifies a divided city. When I lived there from July 1977 to September 1979, I lived in West Jerusalem, the Jewish side of the city. I entered and exited the old city through Jaffa Gate. Damascus Gate, on the other side of the old city, was for others.

During my years of awakening to life as a Jew, I was discovering that my personal past—American Jewish mother, American Christian-Scientist birth father—had a communal dimension to it, a story that could be traced, in the broadest brushstroke, at least as far back as 70 C.E.

I’ve come back to this city where names
are given to distances as if to human beings
and the numbers are not of bus-routes
but: 70 After, 1917, 500
B.C., Forty-Eight. These are the lines
you really travel on.

Years of momentous changes in Jewish life. And I thought my life began in Los Angeles in 1953. And in Jerusalem, I thought I was riding the 18 bus.

I don’t remember any mass protests while I lived there. But what did I know? What did I see?

I was smitten. I was in love. I was drunk on identity! I wasn’t interested in churches and mosques. I fell in love with synagogues. I wanted my lips to suck on Jewish candy only. I wanted to be sucked only by Jewish lips. If there was a common enemy, a power against which Jews, Christians, and Muslims could have united, I wouldn’t have joined the crowd in common cause.

This is how I’m using the occasion of the fiftieth anniversary of the Six-Day War, to remind myself of the network of nerves into which all life is woven.

Richard Chess is the author of four books of poetry, Love Nailed to the Door-post (forthcoming in March 2017), Tekiah, Chair in the De-sert, and Third Temple, all from University of Tampa Press. Poems of his have appeared in Telling and Remembering: A Century of American Jewish Poet-ry, Bearing the Mystery: Twenty Years of IMAGE, and Best Spir-itual Writing 2005. He is the Roy Carroll Professor of Honors Arts and Sciences at the University of North Carolina at Asheville. He is also the director of UNC Asheville’s Center for Jewish Studies. He is also the Chair of UNC Asheville’s English Department. You can find more information at www.richardchess.com.

Above image by Zaytsev Artem, used with permission under a Creative Commons License. 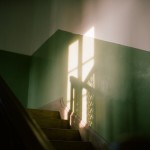 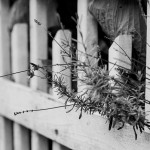 June 6, 2017 Movements of the Lord
Recent Comments
0 | Leave a Comment
""It doesn’t matter when you start the Sinatra Christmas playlist or put up your tree. ..."
C_Alan_Nault How to Win the War on ..."
"Yup."
Max Marvel Finding My Inner Calamity Jane
"I an confused by the use of "aural" here: "In The Gutenberg Galaxy, he explained ..."
William G II The Gutenberg Imagination
"My friend is looking for a Pepper Smith he served in the army with, was ..."
Christine Budnack The Love Song of Pepper Smith
Browse Our Archives
Follow Us!