Movements of the Lord 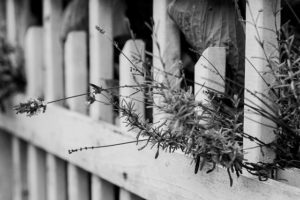 I got up very early this morning to clean up dog diarrhea, and my husband was finally home from a week of travel for work, so I slipped out for a walk to what used to be the brick house. The brick house was a house just like ours, perched on a higher hill with orange poppies lining the driveway. It had a scenic barn and a windmill, until last week sometime, when I walked there, and discovered that the whole place had been bulldozed and pushed into a hole in the ground.

It made me feel sad, not only because there are so few of these ancient houses left in the county—but because the brick house has been my turning point for so long. I go for a walk, often feeling pent up, and at the brick house, I turn 180 degrees and come home. This exercise makes me feel better.

It rained hard last night. The air was cool and overcast, with a sprinkling mist that couldn’t be seen, only felt. All week long, I’ve been sending my husband pictures of his children, his son graduating from kindergarten, his daughter running her track meet, another son receiving his honor roll medal. It’s the end of the school year and awards ceremonies happen every other day. They are very boring—my husband is not missing much—but one must inflict as much guilt as possible.

At the track meet Thursday, my three-year-old succeeded in falling down on the bleachers the third time she squirmed away from me, trying to scale the heights under the watchful eyes of many concerned grannies in the stands. I had purchased a box of popcorn to distract her, thinking she would then sit placidly on my lap in a haze of carbohydrate and butter-rich hypnosis, but the popcorn only worked on me. It was so good, until I spilled it all reaching out to catch her. And even still I was left holding the box, but not her. Why didn’t I let go of the popcorn?

I let two of my boys sit at the top of the bleachers and only later found out that they were yelling at all the slowest people running, including their sister, and calling everyone fatties. My oldest son slipped away from me as quickly as possible on our arrival and went to bottleneck at another bleacher casualty, a little boy, not mine this time, who slid down the handrail, bumped his head and got a concussion.

I eventually corralled everyone and made them sit in the car until the meet was over.

This morning, I want to steal every free moment and absorb the wind. We’re having two birthday parties this afternoon. I need to make cupcakes. I need to clean. So I got up early and said my prayers, caught up with the Novena to the Holy Spirit that began yesterday because Pentecost is in a few days.

I said my Rosary on my walk and followed my sick dog, who shat his way to our destination. I felt like a rube every time a car passed and I wasn’t waiting with my poop bag, but poop bags are useless in this situation.

When I reach the end of my life, there might be some discernible plot points, movements of the Lord.

The other day I was planting some flowers and I came across an old broken rosary that I’d told the kids to bury several years ago. It was kind of special to unearth it, a corroded treasure buried in the garden, one that had been blessed, nonetheless.

As I was saying my rosary this morning on my walk, it occurred to me to leave the beads on a fencepost along the road for someone, so they can be found in a similar manner.

I’ve become that kind of person, the lady leaving rosaries around for the unsuspecting. I used to collect sacramentals when I found them, sometimes at Goodwill, sometimes abandoned in a pew. I always thought they needed protection, but God doesn’t need my protection.

So I left the rosary there, that some downcast person may find it and receive it with my intention and blessing, not just as a coincidence, but as a movement of the Holy Spirit—a plot point!—even if that person is only the future me who no longer has a turning point at which to go back home.

Above image by Tim Sackton, used with permission under a Creative Commons License. 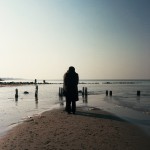 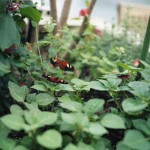