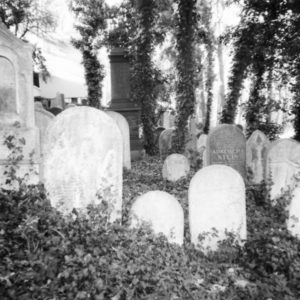 In this poem, Robert Cording places himself in an unusual spot: “at the graveyard where I’ll be / buried” and even specifically sitting “on my gravesite.” The poem is a testing out of various tones toward this meeting place of the living moment and its inevitable future end. Teasingly, he calls himself “a Constable imposter” as he lies back gazing at the clouds. Mockingly, he sees his dead self as “steeping in my own juices,” beyond his current enjoyment of the views all around him now. In the second stanza, he says that “I don’t come / to reflect”; yet reflection is exactly what he moves into. It’s a modest, grateful reflection, trying not to seem “too presumptuous.” The quietly complex final sentence —slipping easily between past, present and future— ends with an affirmation of the value of attention to the present moment, as he focuses “on / what’s here, a kind of daily gift and daily leave-taking / and, I hope, a kind of practice for my end.” The repetition of the casual phrase “a kind of” reinforces the unpretentious tone that dominates the poem’s second verse. I admire this poem for its calmness in facing the mortality that is our lot.

Lord, here I am again at the graveyard where I’ll be
buried, but for now where I rest before walking
back home. I like to lie with my back on the grass
and study the clouds, a Constable imposter,
or sit on my gravesite and look at this little village—

the cemetery, seven old houses facing south,
their western windows mirrors in the late light,
a small dam and waterfall that create a backyard lake,
and the little bridge over the outlet brook
that curves away to my right into the woods.
Yes, it’s all too easy, the day still to be enjoyed
as it won’t be when I’m steeping in my own juices.

It’s fall appropriately, summer’s green leaves following
their ordained paths to russet and gold. Lord, I don’t come
to reflect. Perhaps I should. Late sixties, and my life,
at least up to now, and since turning thirty, has been
on a lucky streak. I’d call it grace, especially the gift
of lasting love I’ve had, but that seems too presumptuous.
Forgive me, but sitting here is just another chance to look
at what I’ll be leaving behind. And if I’ve spent my life
trying to look at what I can’t see by looking at what I can,
I’ve never much focused on what’s to come, but only on
what’s here, a kind of daily gift and daily leave-taking
and, I hope, a kind of practice for my end.

Robert Cording is professor emeritus at College of the Holy Cross, where he was the Barrett Professor of Creative Writing. His collections of poems include Common Life, Walking with Ruskin, Only So Far(all from CavanKerry), and A Word in My Mouth: Selected Spiritual Poems (Wipf & Stock). He teaches in the low-residency MFA program at Seattle Pacific University.

Above image by Marketa, used with permission under a Creative Commons License. 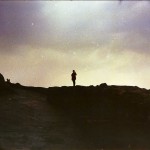 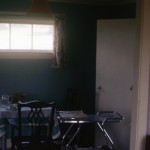 July 31, 2017 Who Is This Aliveness I Am?
Recent Comments
0 | Leave a Comment
Browse Our Archives
Follow Us!