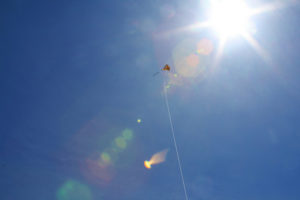 This post originally appeared at Good Letters on June 5, 2012.

I woke at one thirty with a start. My heart pounded in my ears. My wife was warm under the covers beside me, in the heavy rhythm of sleep. Through the hiss of the white noise machine I could hear the wet clicks of our schipperke, Sgt. Pepper, under the bed obsessively licking his paw.

I did my quick mental inventory. Everything was as it should be. Kids in bed. Doors locked.

Then I remembered the nightmares I’d just had in rapid succession. In the first my son is on the phone trying to ask me to come pick him up, but he can’t form a complete sentence. He is high or drunk, or has been cracked on the head by a mugger. From there the dream cuts to the second scene in which I am already waiting in the car for him and I see him emerge from the movie theater, and there he is, just fine. My anxiety eases. But then, not paying attention, he steps out in front of a speeding car and I cannot get to him, and the car hits him with a sickening thud.

That’s what woke me up. My oldest was not home. He was out in the dark world. He had gone to the midnight opening of The Hunger Games with friends. They had all read the books and were excited to see how the movie stacked up. They were band kids, good kids. (And one older brother about whom my boy couldn’t tell me much beyond that he was a senior.)

I’m not a worrier. I’ve never been a worrier. My sister worries, and she laughs about it, says she gets it from our dad, who is an incurable worrier. “It’s not worry,” I can remember him saying at various times when we kids teased him, “It’s legitimate concern.”

But I was worried. For the first time I had released my boy into the late night, allowed him to wander out, fresh and naïve, into the black evening where all sorts of ghouls come skulking out of the shadows to harm him. It was ridiculous, my worry. He was just going to the movies. With friends. In one of the safest cities in America, if statistics are right.

I couldn’t go back to sleep. I rolled around; I stared at the ceiling listening to the white noise machine and my wife breathing beside my ear and my dog licking his paw. I waited for my son’s after movie call as long as I could take it. Finally I just had to be where I could get to him if he needed me.

I dressed and drove to the theater. And on my way, I wondered if my fear was as much for me as it was for him.

It’s like the Russell Edson poem with the man whose son is a kite he lets out farther and farther. The man can’t reach the son, only sees him out there, a far away version of himself. Is the tenuous string I spool out love? Is its length composed of time spent with my son throughout his childhood? Will it run out if I haven’t done it right, and he will flutter off and be gone forever? Is he really this close to not needing me anymore?

We work toward our own obsolescence. It is natural and proper. Still, isn’t this why Toy Story 3 had parents blubbering in their theater seats, because in those poor discarded toys they saw themselves in the not-so-distant future, watching the kids drive off to college and travel and work, leaving the house quiet and still and hopelessly clean?

I sat in my car in the parking lot, a nervous parent waiting for the doors to open and the first moviegoers to emerge. There were others there. A lot of them actually, some parked and watching, some endlessly circling in their minivans and SUVs past the theater doors.

The movie let out. I saw my boy in the crowd, walking with his friends. Of course he was fine. They all were. And the older brother was just as calm and bookish as the rest of them. When my boy climbed into the car, I resisted the urge to grab his neck and give him a hug. That I know would have been weird.

I’ve always known I will eventually have to let him go, send him out. And if I’ve done my job right he will not return; most likely he will ground himself somewhere, get married, have kids of his own. I can see how there will be joy in that, but I simply don’t feel that old.

He asked me if his friends could get rides home, and I said sure. As I drove around town at nearly three in the morning on a school night, dropping off teenagers, my son rode shotgun beside me, turned around discussing the movie. My little man—not so little—at fifteen he’s taller than I am, and much more together than I was at his age.

Everything is cool as long as I remember my role. What I have to do is let out the line so he can fly, but hold on to my end so, no matter how far he goes, if he needs to pull against it for anchor, it will hold.

Above image by Sarah Reid, used with permission under a Creative Commons License. 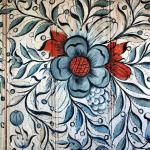 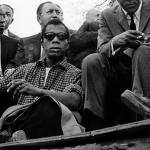 September 28, 2017 I Am Not Your Negro
Recent Comments
0 | Leave a Comment
"Ah, so now the imaginary War on Xmas is transmogrified into The War on Santa, ..."
David Miller How to Win the War on ..."
""Aural" refers to hearing, "visual" to seeing"
merphd The Gutenberg Imagination
""It doesn’t matter when you start the Sinatra Christmas playlist or put up your tree. ..."
C_Alan_Nault How to Win the War on ..."
"Yup."
Max Marvel Finding My Inner Calamity Jane
Browse Our Archives
Related posts from Good Letters