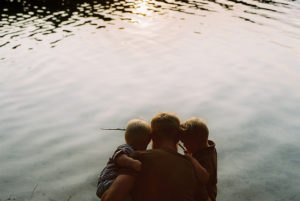 The moment is freeze-framed in my mind: My eldest, Milo, red-faced with anger, his eyes hard but wild, a look I know means he feels both out of control and desperate to re-exert it. The yellow light of the floor lamps casts dark shadows over the couch and his face. Shoot it in black and white and you’d call it noir lighting. He’s holding my phone toward me in both hands, threateningly, and he’s beginning to twist…

It had been a rough couple weeks. Milo has always been an intense child. He manifested his excitement about school starting by: first, his inability to sit still for more than thirty seconds; second, his sensitivity to every frustration and surprise, which led to freakouts and meltdowns; and third, his discovering 1,001 new ways to fight with his brother.

We once took him to a program that offered a lot of parent training, and they would repeat over and over again that “you’re the experts on your child.” It’s true, of course, even when we can’t do better than hold the door to his room shut in an enforced time out, or when we flounder to offer his teachers advice for helping him get through the school day.

We’re the experts. Or at least the authorities.

Parenting will test your definition of that word—authority. Growing up, authority was near absolute, so respect for it was implicit. God was the model, and insofar as he placed earthly authorities where they were, the obedience we owed him was conferred onto teachers, police officers, and Republican presidents.

In the liberal settings of college and graduate school I learned to appreciate the value of democratic protest, but I never understood how that led to deriding the authority of the police, howsoever much they might abuse it.

And then there is the news these days. I can only imagine what our political leaders’ families must be like if they parent anything like they lead.

I know people would not react well to me if I parented like that. Picture Milo holding that phone, with destruction and vengeance in his eyes, and I throw a book at him or punch him in the face. That would have been expedient, would have protected my interests.

What if I grabbed his Kindle and threatened to smash it on the ground? Or vaguely threatened to rain down pain and destruction upon his toys and body?

What if I made my love of him contingent on his obedience? If when I was angry with him I told his friends and teachers that he was a liar and a loser?

It sounds so trite to make these comparisons, but is it? Are the disanalogies really so great? It seems rather that we simply cannot imagine dealing with our big problems like we do the “small” ones.

When Milo grows older, becomes nearly my size, will the dynamics really change? Will my responsibilities and duties change? Imagine Milo gains control of a country, with an army and a diverse populace. His fundamental drives will not change. He will not suddenly overcome his desire to feel in control, to be treated with dignity, to be loved, to receive comfort when he is afraid or saddened.

We’re very good at complicating or simplifying things enough to convince ourselves to do what we wanted to do in the first place—and usually we wanted to do something selfserving. Yet any loving parent knows that our selfserving impulses run counter to our larger obligations, that love requires concern for the other’s interest.

At church one morning, a friend with prophetic gifting told another woman, “You have no authority over what you don’t love.”

Maybe all the tyrants in Hades would laugh to hear such a thing, but maybe they need a better concept of authority.

Or maybe the tyrant’s bluster comes precisely from understanding the fragility of his authority, or the knowledge that power does not equate to authority. Did any tyrant truly love that which he claimed authority over?

There was no violent solution to that moment when Milo held my phone. Perhaps violence could have prevented him from cracking the screen, could have prevented his punishment and the guilt he felt. But that would only have created a new problem: what I had been willing to do to my son in the name of personal property.

It was too late to prevent the real problem: that we, as a family, still haven’t figured out how to live at peace with one another. That we still neglect one another’s needs, still break one another’s trust. That we still look to other humans to be our all-in-all, as if a whole globe of them could meet that challenge.

There are no weapons that can be aimed at these problems, no power politics that can fix this brokenness. Even love can feel, at times, inadequate to our distress. But to have a soul means to refuse to believe that the law of the jungle is the final law; to have faith means to choose love at the expense of security, even to the extent of our lives.

So the gently curving crack across my Samsung Galaxy’s screen is only the latest in what promises to be a long legacy of scars, none of which I choose but all of which I bear as the very price of my parental power.

Parenting is shaping more than creating. We have shaped enough empathy and goodwill that simply by showing him the crack he felt his guilt, apologized, and accepted the consequences.

That, for us, is what winning looks like. It is not so unimaginable nor impossible. It is not so difficult, nor simple. It is, rather, the small, slow growth of love, which is the only power on earth with the authority to compel real, lasting change. 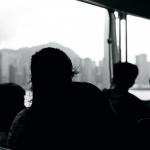 September 19, 2017 The Spirit’s Indwelling
Recent Comments
0 | Leave a Comment
Browse Our Archives
get the latest from
Catholic
Sign up for our newsletter
POPULAR AT PATHEOS Catholic
1