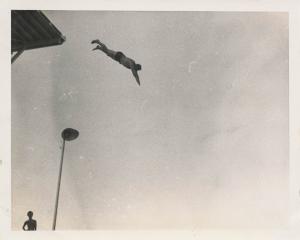 When my sister first told me about Orangetheory Fitness, I was intrigued. “You’d probably dig it,” she said. “It’s like personal training, but in a group.” Admittedly, it did sound like something I would like. But I was the heaviest I’d ever been and had spent the last three years committing myself to a level of inactivity that could only be described as inspired.

Standing there with my wife waiting for the first class—they ask you arrive to thirty minutes early, which still feels unnecessarily sadistic—I realized I had made a very big mistake. Through the windows I saw people sprinting on the treadmill. I saw them pulling back on a rower again and again. Everyone looked haggard, as if they’d taken a devilish deal that had now come back to collect.

“This is a bad idea,” I whispered to my wife.

I looked through the windows again, pretty sure I caught the true form of the coach appear for the briefest moment. Horns and fire. A momentary flicker in reality. I turned away, telling myself I could do anything for an hour.

But I was wrong. So, so wrong.

We ran for thirty minutes. We rowed close to 1000 meters. And if that weren’t enough, there were various lunges and curls and crunches that are nothing more than a sweaty blur now. When it was over, I could barely move. My wife looked at me warily, already sure that there was no way I’d put myself through this again.

Looking back, the pause that followed probably seemed like assent. We’d spent so much of our time together struggling financially, the idea of paying way, way (way) too much on group personal training has never been an option for us. Thankfully, our finances have a little cushion now.

So the pause wasn’t pregnant. It was only heavily winded.

Growing up, I’d played any and all sports that were available. In many ways, it was the great equalizer through middle and high school. I didn’t wear Z. Cavarrici pants. Never owned a B.U.M. Equipment sweatshirt. But I could dribble and tackle and run better than most. And that gave me a sliver of social capital. As a result, it also became my identity. When an anterior cruciate ligament snapped and took it all away, things got complicated. But I never stopped thinking of myself as an athlete.

The truth is, the scales of time have tipped to the point where “athlete” no longer applies to the majority of my life. Well, unless the sentence happens to be “a former athlete, gone to seed.” But even years after my last competitive anything, I’ll trot out those glory days at the drop of a hat. I assume this isn’t terribly rare. We’re all holding onto ideals, versions of ourselves that are concealed in some way.

Despite the difficulty, I jumped into Orangetheory with the same excitement and enthusiasm that I approach almost everything I do. Boxing, kung fu, countless gym memberships—these have all been the silver bullet that would transform me back into my former self. But none of them stuck, for various reasons.

Mostly, the reality that I can’t be trusted to go to the gym by myself, to muster the sort of discipline it takes to really push yourself. To bring that good pain of running thirty more seconds, lifting one more time.

It also doesn’t help that all gyms—Orangetheory included—seem to be designed by people who enjoy looking at themselves in the mirror; people who don’t have to face constant reminders of what they’ve become, or how long it would take to reverse the effects.

So while the last three months have been painful and hard and filled with the sort ache I haven’t felt in years, the working out has quickly become secondary to my real fear.

What if I stop? What if I have to do all of this again?

There are a few theological topics that still move me. Resurrection. Redemption. The idea that we can never escape God, no matter what we do. That nothing separates us from God’s love.

And despite the eye rolls I risk from some of my more progressive-leaning friends, the belief that God actively works in the world. Not in a subtle, unknowable way (I mean, that’s definitely happening too…) but in big, transformational ways. Moments when we encounter God profoundly, where there is no choice but to be affected.

Jesus wiping mud across a blind man’s eyes. A faithful woman reaching out for Christ’s cloak. A thief being told he will certainly be in paradise. We never see the moments when these women and men come running home to their families, the world suddenly brand new. Everything changed in a fundamental way. But I have to assume that some of them felt the same way.

What if it stops? What if I have to go back to the way I was before?

When I read these stories, I force myself to believe that transformation still happens. In a world that continues to seem more and more unhinged, the work of adopting a theology that accounts for a God who works miraculously in the world and in our lives, becomes vital.

We’re called to search for it. To acknowledge it. To speak it.

(This is where it’s going to get a bit hokey, dear reader. And I apologize. But what else can we do? Where else do we start but with proclamation?)

Transformation is happening in my life right now.

It’s putting on a shirt that is suddenly too big. It’s a coworker saying, “You’ve lost weight!” (a little too shocked for my liking, but whatever).

And maybe most fulfilling, it’s running for the first three minutes of another damned treadmill workout and realizing…I’m not dying. I can go on. Pushing myself to run two more minutes because–holy crap!–I’m still upright. Five minutes later, well, then it starts to really hurt.

But somewhere in the middle of aching legs and burning lungs, there’s a glimmer of hope that maybe we aren’t alone after all.

Bryan Bliss is the author of the novels Meet Me Here, No Parking at the End Times, and the forthcoming We’ll Fly Away, all with HarperCollins. He holds graduate degrees from Seattle Pacific University and Vanderbilt Divinity School. He lives in Saint Paul, Minnesota, with his wife and kids. 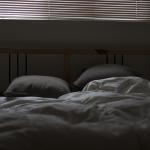 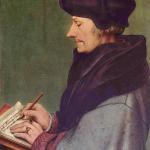 October 25, 2017 The Erasmus Option, Part 1
Recent Comments
0 | Leave a Comment
Browse Our Archives
get the latest from
Catholic
Sign up for our newsletter
POPULAR AT PATHEOS Catholic
1