Letter from an Underground Karamazov to His Couple’s Therapist 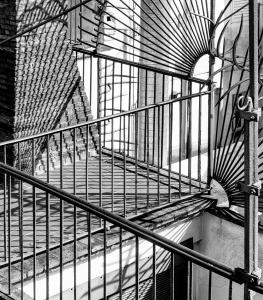 My, but you’re a clever one, aren’t you? You sit there looking so kind and compassionate, smiling and nodding, affirming and encouraging us, and so on, but I’m onto your little game. I’m a clever one, myself.

Therapy, I know, is not really about feeling heard and receiving good relationship advice. It’s a battle of wills.

I’ve seen the movies. If you can break me down, make me cry, and admit my vulnerabilities, you win. If I can parry your attempts to understand me, or demonstrate my intellectual superiority, then I’ll be declared healthy—and right.

You’re subtle, though, I’ll give you that. You haven’t taken the conventional route. When did you perceive that I was expecting something much more, I don’t know…dramatic?

All the components were there, after all.

My wife and I have been feeling stuck in impossible patterns. The kids (of course “the kids”) had only grown more independently minded and willful as they grew more capable of reaching the higher shelves. The eight-year-old still hadn’t learned the meaning of the word “stop,” the five-year-old had somehow discovered the philosophy of passive resistance, and the house was so disgusted with all the yelling it kept vomiting up clothes, toys, dishes, Cheerios, Legos, and little pieces of things we can’t figure out—all over the floors and counters.

As a couple we were having trouble staying on the same page. Or maybe it was like we were holding up the page between us and trying to write on it at the same time. In opposite directions. On opposite sides.

In other words: tension, conflict, stress, exasperation, even sadness. Therapists love that kind of stuff, right?

I was ready for you. I waited for you to draw out all the backstory and perspective. By session three or four, I figured, you would make your move and force us to confront some “unconscious desires,” and through our tearful confessions and mutual affirmations of our love for each other, we’d achieve the holy grail of psychotherapy: the Breakthrough!

Ah, but you’re subtle! I have to confess I am impressed. Instead of hard truths, you gave us gentle reframing. Instead of bold confrontations, you prompted us to hug more, to talk about our expectations, and to ask for what we needed from each other.

How very clever. You perceived that it was precisely the breakthrough moment I had prepared for, that, had you forced it, I would have played my part, and played it well. I would have confessed, affirmed, cried, and I would have done it all as if hesitant, as if learning to do it for the first time, because nobody would have believed it if I had become suddenly expressive.

Still, where’s your sense of spectacle? Of the beauty of the grand gesture?

Okay, so the hugging may be helping. It’s hard to continue yelling at your boy when your wife wraps you in her arms. One feels less like it’s all falling apart when someone else is there to help you hold on.

And the more we talk, the more smoothly our day unfolds. I’ll even say we’ve felt reminded of how in tune we’ve been all along, and we’ve been able to make those fine adjustments to clear away the static that had distracted us.

I know what you’ll say: that growth and intimacy don’t happen in the single, large crisis but in the moments between those unique occasions.

Growth and intimacy. You’d just love that, wouldn’t you? My wife, too, no doubt. The two of you sit there trading shop talk so cheerfully, carried along by your mutual conviction that this, this is how one creates change, makes “progress.”

This “vulnerability,” from the Latin vulnerare, “to wound.” There’s a lovely image for you. Yes, the shield wall I keep requires some mental effort, I admit, but less, I expect, than the effort required to recover from whatever wounds you wish me to open up to.

But here’s a comic dream for you—a dream you shall never see, for you can never read this: What if I build a second wall, around a second city of myself?

Ay, there’s the way to deal with your type. I’ll build a pleasant little town in front of the real one, let you come and conquer it, let you praise yourself and glory in your hollow victory. And when you leave, I’ll leave, too, and return to the real self you never did—never could—discover.

My wife, I’ll admit—but never to your face!—deserves access to this little city, this real city. Not for your sake, good doctor, but for her own. But not until I defeat you.

And I’ll admit this—here, where you’ll never see it, since it makes me woundable: Life would be so much easier if I could simply convince the world to change around me. Yes, that’s how it feels.

Not that I want power or wealth, mind you, nor a special place. I only find the battle of wills, well, exhausting, played out one person at a time.

Better to overhaul the system so that, if we could all have enough—and maybe even Glaucon’s “pastries and relishes,” (to paraphrase the Republic) as well (the world is plentiful enough)—then maybe, just maybe, we would be less inclined to wound one another in the first place. And what need of vulnerability then?

The poet-preacher John Donne says, “affliction is a treasure, and no one has enough of it.” Well, such is this life, perhaps, but is it not the greater affliction, then, precisely to defend myself from that which is to my advantage?

So, then, let’s get to it. I’ve got your vulnerability right here. 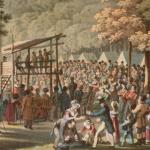 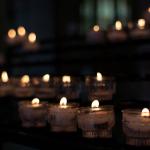