I love the broad strokes and sweeping vision of this poem at the same time as I appreciate its specificity, its impressive attention to detail. The forces of good and evil that make up the archetypal beams of this poem create a kind of structural backdrop against which the poem whirs and sparks— from the girl’s golden braids to the hum of mosquitos; from the waste of addiction and suicide to the impossible brilliance of a young child’s summer. How often I’ve thought about hope this year, and what I’d thought of as its opposite: hopelessness, despair, or what the poet here calls “irrelevance.” How are we to cope in a world so irrevocably and repeatedly damaged by human error? In the final lines, the poet proposes an alternate set of opposites, and reminds us that in the myth, the solution is paradoxically part of the chaos unleashed.

I’m thinking again of Pandora
and the box, of the boy
committed to stopping her

until she undid her golden braids
and got her way.
He’d wanted to open it, too,

but he’d made a promise
to a friend, and for a while
the promise was relevant.

I’m thinking of irrelevance,
of word and spirit and heart,
how the boy leaned against

her warm shoulder for a look
just as the evil Passions swooped
like mosquitoes to their necks,

the hundred and fifty Sorrows
stinging them with guilt and worry
they’d carry all their lives,

the paradise of childhood gone,
work now to be done,
clothes to mend, hunger and thirst

gushing out their laughter.
I’m thinking too
of my own irrelevance

when friends now dead chopped crank
on hand mirrors and snorted it
through rolled-up dollar bills, when

Wild C, who was like a brother,
jumped in front of an El train
after his girlfriend didn’t take him back.
Philadelphia: that city a box of sorrows,
a flock of swirling darknesses.
And don’t forget the many Cares

over doorways and skyline.
Listen to them darting about, tickling
before they burrow in and spread.

In a week my daughter will be six.
This summer she’s in paradise:
swimming, her cat, books, ice cream.

I’m thinking again of Pandora
because I’m thinking of Hope,
the last force to rise from the box,

the only answer to Troubles
like loneliness and age.
Fear is the knot in a golden cord

twisted around the heart,
without end or beginning.
Hope is the hand that unties it. 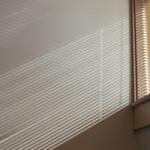 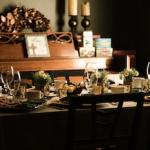 December 25, 2017 The Christmas I Sat Next to a Sex Offender
Recent Comments
0 | Leave a Comment
""It doesn’t matter when you start the Sinatra Christmas playlist or put up your tree. ..."
C_Alan_Nault How to Win the War on ..."
"Yup."
Max Marvel Finding My Inner Calamity Jane
"I an confused by the use of "aural" here: "In The Gutenberg Galaxy, he explained ..."
William G II The Gutenberg Imagination
"My friend is looking for a Pepper Smith he served in the army with, was ..."
Christine Budnack The Love Song of Pepper Smith
Browse Our Archives
Follow Us!