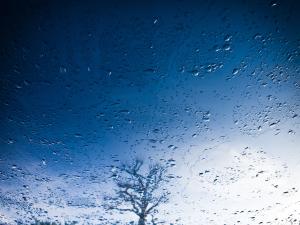 Jones’ poem “Prodigal” welcomes us into an inviting family scene. We can easily visualize the speaker and his father “watching the children / playing tag on the lawn and running in circles,” and we can feel the immediacy of the “aged father” as he “leans toward me ever so slightly / and out of nowhere tells me he should have died / at seventeen.” The lighthearted domestic introduction paired with this unnerving statement creates a frame through which we can access this powerful narrative between fathers and children. The title reaches back to echo parable, and the frame of the “sunny Sunday, a beautiful day” returns to the personal, specific present. This exchange between past and present layers and complicates the universal experience of being someone’s child and ushers us into a tender moment of connection. The speaker’s father relates his own story of “disobedience and forgiveness” which emerges from the reminder of the birdsong. For me, the satisfaction in reading this poem arises from the speaker’s ability to hear, not just the birdsong at the end, but also his father’s spontaneous and potent retelling. Through listening, the speaker, who is both parent and child, accepts and continues the generational transformation of forgiveness. By reading, we do too.

My aged father and I enjoy the silence between us
as we sit in the Adirondacks, watching the children
playing tag on the lawn and running in circles,
happy to be it or not to be it, happy just to be,
though I know they give no thought to being.
My father leans toward me ever so slightly
and out of nowhere tells me he should have died
at seventeen, on a sunny Sunday, a beautiful day,


much like today. On a lonely country road,
he was driving his father’s new convertible—
he’d taken the car without permission—
and the car suddenly spun and rolled three times,
slamming against a pole and sailing into a summer-
stagnant ditch. My father had no idea how or why—
the road spinning like a needle in a crazy compass—
but afterwards, he said, there came an abrupt peace,
a long silence; then from pines and crowns of trees:
birdsong. A caravan of open-air cars slowly
driving from church to go picnicking at the beach
stopped when they saw my father by the road,
staring down at the half-sunken wreckage.
Asked if anyone had died, my father
met their gaze and told them he had no idea,
and in his muddy shoes began the walk home.
That seemed to be the end of the story. The children—
inexhaustible, exuberant—were now tumbling
and rolling in the grass, the sun a pinwheel in the sky.
The silence was green and blue and filled with light.
In his chair my father studied his grandchildren.
In time he lifted a crooked finger and added
that he walked the miles home and confessed
to his father, who refused to admonish him,
and after that day never gave the car another thought.
But the birds in the trees had brought it all back,
the disobedience and forgiveness. Then in the silence,
I looked up at the pines and heard the birdsong, too.

Richard Jones is the author of Apropos of Nothing, The Correct Spelling & Exact Meaning (both from Copper Canyon), and King of Hearts (Adastra). He is the editor of Poetry East and its many anthologies, including Bliss, Origins, and Paris. 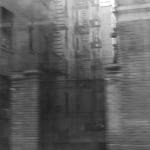 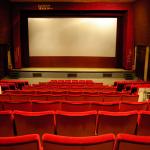 February 5, 2018 Arts & Faith Top 10 films of 2017: Part 1
Recent Comments
0 | Leave a Comment
""It doesn’t matter when you start the Sinatra Christmas playlist or put up your tree. ..."
C_Alan_Nault How to Win the War on ..."
"Yup."
Max Marvel Finding My Inner Calamity Jane
"I an confused by the use of "aural" here: "In The Gutenberg Galaxy, he explained ..."
William G II The Gutenberg Imagination
"My friend is looking for a Pepper Smith he served in the army with, was ..."
Christine Budnack The Love Song of Pepper Smith
Browse Our Archives
Follow Us!