Adventures in Praying with Scripture 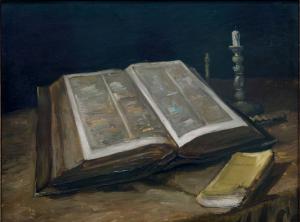 How did I first hear of lectio divina? It must have been from the monks at the Trappist Abbey near my home, who engage daily in this ancient practice of “holy reading”: the prayerful reading of Scripture, just a short passage at a time.

This is my guess, because I at my second meeting with my new spiritual director, Fr. Bill Shannon, in March of 1985, he asked me how I pray. I told him I do lectio divina. And I’d been visiting the Trappist monastery for a couple years by then.

Bill was pleased by my answer. Over our subsequent twenty-five years of monthly meetings, he would often bring our conversation around to lectio. For instance, around Ash Wednesday one year, I told him I was thinking of reading for Lent a new history of the church that had just been published. He smiled, but said, “I think you’d do better with daily lectio divina.”

Then he told me how he was doing this with the Letter to the Ephesians: “I take one section, read it through, then focus on just a phrase or two to sit with in silent prayer.”

At our monthly meeting years later, we were reviewing my prayer life—which Bill always asked about. I said I’d been missing not finding a time in the day for lectio. Knowing that my husband George and I prayed Morning and Evening Prayer together, Bill suggested taking five minutes at the start of each Evening Prayer to read a book of Scripture—say, Colossians—one chapter per night.

“You and George could each read it once, aloud—then sit quietly with it. Then move smoothly into Evening Prayer, where the Scripture reading could be a verse from that chapter.”

But Bill’s spiritual direction had a quality of—well, I’d call it contrariness if he weren’t always so dear and gentle. So sometimes when I’d tell him about the lectio divina I was doing, he’d counter, “That’s fine, as long as you also have historical awareness of the genre of the Gospels.” Or: “But don’t forget Scripture study, with a good commentary.”

In our earliest years together, he was nudging me to study the Gospel of John, which all his life remained his favorite of the gospels—because it’s the least ecclesiological and the most focused on the Spirit who unites us to one another in Christ. (Bill was the most unclerical of clerics.) He suggested the commentaries of C.H. Dodd and Raymond Brown, which I promptly obtained. And for the next half year of our sessions, I’d come to him with questions from my study of John.

After Easter, he’d sometimes suggest reading Acts (which I did dutifully.… At the time this book didn’t grab me, though it does now, and I love reading it during the Easter season).

On my bookshelf, I can see the massive two-volume Anchor Bible study of Luke, by Joseph Fitzmyer. I must have spent a year on that with Bill.

When I came to him with pages of questions about Fitzmyer’s commentary, he’d say—after answering my questions thoughtfully—“but don’t forget lectio divina, just sitting prayerfully with a passage of Scripture.”

Around 2001, Bill was writing an article on lectio divina for The Thomas Merton Encyclopedia, which he and a colleague were compiling. “I’m afraid people are going overboard with contemplative prayer these days, and not attending to Scripture,” he told me.

I laugh now, recalling this. Because, as I’ve recounted in a previous post, it was Bill who led me into contemplative prayer and would often say to me, “Don’t forget the silent prayer of awareness.”

I wouldn’t say that Bill was inconsistent. It’s that he had a holistic concept of prayer and Scripture. Every method of prayer, every way of reading Scripture, was directed at a single end: attention to God’s active presence in our midst, now and always.

Bill died in April, 2012. I still pray morning and evening with George. And I still sit in the morning for twenty minutes of a feeble attempt at contemplative prayer. But Scripture reading? Alas, for the first few years after Bill’s death, I slacked off. I just couldn’t imagine studying or meditating on Scripture without him.

Then one Lent, George suggested that, as part of Morning Prayer each day, we read a few verses of Jesus’s farewell discourse from John’s Gospel. Then during the day we’d each read alone the fine commentary by Stanley Marrow, S.J., and at dinner we’d talk about the passage and the commentary.

That got us back into Scripture for prayer. Next, I hope we’ll choose a book of the Bible for lectio divina. It would work perfectly with Morning Prayer: the Scripture passage would be our reading right before contemplative prayer time, so that we’d each be free to choose a phrase to meditate on.

Bill will always be my model for engaging Scripture anew as long as I have the ability to read at all. I was always wowed by his continual re-re-re-readings of Scripture, up into his nineties. I specifically recall his excitedly showing me, when he was about ninety years old, a new book on Paul’s letters.

“It’s returning me to all the letters afresh,” he said happily. 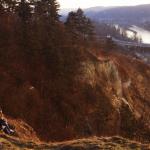 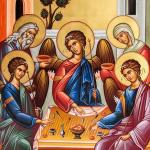 March 22, 2018 Halos and Other Important Things
Recent Comments
0 | Leave a Comment
""It doesn’t matter when you start the Sinatra Christmas playlist or put up your tree. ..."
C_Alan_Nault How to Win the War on ..."
"Yup."
Max Marvel Finding My Inner Calamity Jane
"I an confused by the use of "aural" here: "In The Gutenberg Galaxy, he explained ..."
William G II The Gutenberg Imagination
"My friend is looking for a Pepper Smith he served in the army with, was ..."
Christine Budnack The Love Song of Pepper Smith
Browse Our Archives
get the latest from
Catholic
Sign up for our newsletter
POPULAR AT PATHEOS Catholic
1