Black Mirror and My Superego Nightmare 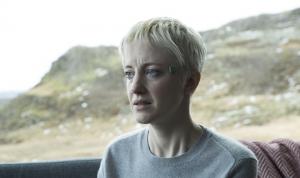 It begins when Mia’s boyfriend Rob accidentally kills a cyclist with his car. They’re terrified, scared. They don’t know what to do; they can’t believe what’s happened to them.

Long story short, they cover it up and get away with it, but years later the secret threatens to come out. Mia wants to protect her career and family, so in desperation she heads down a road of increasingly horrifying murders, beginning with her ex, Rob.

Justice, like an impersonal force, finds her via a sequence of people armed with devices that help them retrieve eyewitnesses’ memories. Mia keeps trying to get rid of the witnesses, however innocent they are, but still the net closes around her.

I’ve had a recurring nightmare that goes the the same way, more or less. An accidental death, an attempt to escape punishment, the inescapable discovery.

It seems an obvious dramatization of my superego keeping me in line. I have a big superego.

The implication of the episode title is that Mia’s freakout about the cyclist was merely “crocodile tears” and that her real soul is symbolized by the spare, snowy (Nordic?) landscape in which the story unfolds. It’s a horror story because the cold-hearted criminal keeps killing innocent people to cover her tracks. The suspense is in whether someone can stop her, and when the police arrive at the auditorium where Mia has gone to attend her son’s musical, we feel the satisfaction that justice has been served.

For me, the way Mia is drawn deeper and deeper into evil even as the net draws around her so perfectly tracks with my own nightmare that I can’t help empathizing with her. That sense of entrapment, the feeling that each new sin is unavoidable, necessary.

For me, the episode has that noir structure where the protagonist is a basically good person who commits one minor, but crucial sin, and soon finds herself in over her head. We identify with the noir protagonist—not as a hero, exactly, but as someone like us, trying to do good, and once in a while seeing our way to getting or protecting something if we bend the rules just this one time.

Mia never says it, but we know her constant complaint to the cosmos: I didn’t ask for this. We didn’t mean to kill that cyclist. I wasn’t even driving the car!

It’s fundamental, existential—and a familiar place, for me, on the spiritual landscape.

I’ve heard so many sermons about how much God loves us even if we don’t believe anybody could love us. Feeling unlovable is a valley on the map, but there is also a mountain on which one rails like Job: I don’t deserve this! Why is this happening?

But I was talking about my superego, the internal voice of God. Or, “God,” rather. If it is true that conscience is “the voice of God” within us, as Cardinal Newman would have it, then superego is the voice of a false and competing god. Conscience says, You shouldn’t do that. Superego says, Shame on you for doing that. You deserve to be punished.

It’s a powerful god. I am, perhaps, fortunate in that my superego often values the same things I believe God values: kindness, compassion, grace, dignity, fellow-feeling, and so on. So long as I act within the parameters my superego approves, I feel pretty good about myself.

Step outside those parameters, and my superego storms and flurries, threatening unknown dire consequences for my transgression.

Yet I know that the Kingdom of God is a wider, more abundant, more beautiful geography than the garden in which I’ve built my home, pleasant and safe as it may be. Why should I be afraid?

The truth is that I feel like Mia, as though I live in a valley overshadowed by cold, imposing mountains. I go to the mountains to lodge my complaint, then I return to the valley and await the long arm of justice to encircle me for a crime I both did and did not commit.

In an oblique, metaphorical (and probably unconscious) way, “Crocodile” dramatizes the conflict between the mountaintop and valley experiences. The memory device represents the omniscience of the superego. The law represents its power. According to the theology of the cross, Mia is (or can be) forgiven, and is cosmically innocent of the cyclist’s death. But she is guilty before the superego.

Because she cannot embrace that tension when they kill the cyclist, she cedes power to her superego and becomes drawn into a soul-crushing, murderous game of defending her innocence—to the wrong god.

Better to say, with Dmitri Karamazov, I am not guilty, but I accept my punishment! In Dmitri’s journey of purification, he reconciles within himself the war of superego and grace, profound guilt and profound innocence.

But how to get there? My superego acted as guardian so long that I didn’t see the ways it was my prisoner.

(More spoilers ahead.) Like Black Panther’s T’Challa, I thought my camouflage protected me from corruption, yet I still live like Mia, in perpetual fear of inevitable condemnation.

This Holy Week I’m imagining growth as something like T’Challa opening Wakanda’s borders to the world. He might have been reading his Brené Brown, embracing vulnerability and having faith that he and his people could relate to the rest of the world from a position of abundance and strength, with something to offer.

Wakanda opened itself to an imperfect world, but that is the same world to whom Jesus declared the Kingdom had come.

Somewhere out there, in that imperfection, is the mark of the Creator.

Somewhere are the people and things he casts his grace upon. 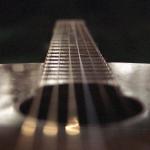 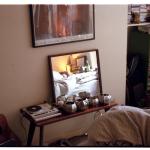 March 27, 2018 Training the Ear of My Heart
Recent Comments
0 | Leave a Comment
Browse Our Archives
Follow Us!

Warning: Fr. Tetherow Is Back at an Independent...
A year ago, I reported on how the diocese had dealt well...
view all Catholic blogs
What Are Your Thoughts?leave a comment
Copyright 2008-2020, Patheos. All rights reserved.