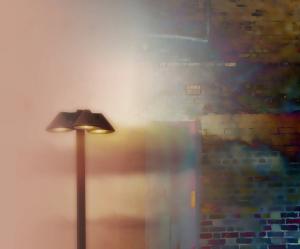 In twenty years (maybe fewer?) will people still be reading what we’ve come to call the “literary” novel? Considering how fast technology is changing the imaginative landscape, is it really preposterous to say that the serious novel as we know it will have receded into a connoisseur culture, an affectation indulged in by a respectable sum, but no longer a standard among the written arts?

Technology affects everything. It even changes our ability to see in ways other than its latest incarnation permits, so that some modes become if not impossible, then improbable. Undeniably, what falls out of use eventually becomes vestigial. So will the tolerance, the patience, the struggle that the literary novel requires fall into such disuse that the imaginative strength characteristic of the learned reader devolves into the equivalent of an artistic appendix, capable of inflammation and nothing more?

Marshall McLuhan opined about such happenings, presciently telling us that the medium is the message, which is a prediction of how the means by which we communicate impacts not only the message that is being conveyed but also the manifold with which we communicate it. In The Gutenberg Galaxy, he explained how the printing press changed us from an aural to a visual culture, so that what at one time came into the mind through the ear had changed its way of ingress.

The implication, about which McLuhan remained neutral, is that we detached ourselves from the larger context, the interconnected history of telling and hearing, in favor of the segmented, compartmentalized, fragmented focus that we have now—resulting in what he called the “specialist’s outlook.”

This led to a rise in nominalism—the seeing of distinct things, not common things—and so forth and so on until—well, until now here we are with the Internet (something he seems to have predicted) and Instagram and Snapchat and the electronic stream. Is it even right to still call this a completely visual culture anymore? Aren’t we tending more towards McLuhan’s global village of instantaneous zaps, and strobes, and pixelated stunnings? How could such a thing not have an effect on patience? On taste?

Per se, all is fine. Progress is what progress is, etc. Nobody likes a Luddite. But then, there must be some valid way to protest the dissolution of a particular artistic medium that has plumbed the depths of the human soul as well as any other. For the form to be swept along and within the trail of history, itself an increasingly fragmented thing, is unsettling for those sentimentally devoted to it.

It’s like watching the deterioration of a comet—burning itself up as it races furiously towards an end as mysterious in purpose as it is ineluctable in passage.

Of course, there are those who will object to this as a Cassandra’s plea. But a few years’ back, novelist Will Self had an answer for them in a piece he wrote for The Guardian:

The seeming realists among the Gutenbergers say such things as: well, clearly, books are going to become a minority technology, but the beau livre will survive.… There is one question alone that you must ask yourself in order to establish whether the serious novel will still retain cultural primacy and centrality in another 20 years. This is the question: if you accept that by then the vast majority of text will be read in digital form on devices linked to the web, do you also believe that those readers will voluntarily choose to disable that connectivity? If your answer to this is no, then the death of the novel is sealed out of your own mouth.”

The epic was lost with a changing sense of national consciousness and an increasingly cynical attitude towards heroism, but mostly lost because of its sheer size. It took forever to hear all of that history, and the day has long passed since anyone other than reluctant students in declining liberal arts colleges had time for it.

But the epic, for all its lyrical value, is accessible. You can get the gist of Beowulf. You know where the Odyssey is headed. On the other hand, the serious novel is more elusive, less candid—even to the writer. A great novel is more than its author’s intentions, as the literary theorists taught. And the greater it is, the more it goes on meaning, and revealing its meaning to those who study it. It is the undiscovered country that is always being mapped and is never completely so.

But for those with the Gutenberg imagination, that is not so much a debit of time as it is one of resistance—not so much a tax on the wind as it is a tax on the muscles. People give out breathlessly before they finish the poetic epic; they wear out tiresomely before they finish the serious novel. Coupled with the postmodern onslaught against there being any meaning to study in the first place, the form succumbs.

All is not lost, though. Maybe the Gutenberg imagination will only tolerate serious things in the kind of streaming mediums that permit serialization, which would bode well for artistic attempts that take refuge in screenwriting. And indeed, the best writing for the screen resides now not on the theatrical stage or silver screen, but on the “small” screen—which implies the computer. Who knows what democratic influences such things will have for art.

Therefore, what we must protect is dramatic tension—“seriousness”—which leads to human revelation; it must have some medium, even if not the traditional one we have loved. Without that, we will have lost a critical way by which we know who we are, and maybe most importantly, by which we remain something worth knowing at all. 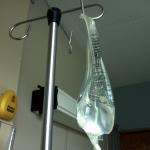 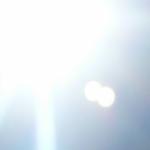