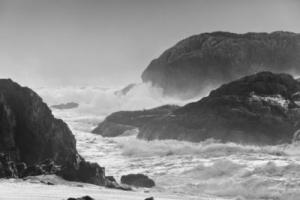 Linehan turns familiar biblical images of comfort into images of desolation. The reader overhears the sea teaching how to pray, not to a god who is the Psalmist’s rock of refuge and protective fortress but to a “rock of a god” who is “immovable,” “impenetrable,” “glacial.”  Before this god, the “you” being addressed—the poet, the reader, the person of faith—is merely a “dot on the landscape,” “sheep’s droppings.”  No good shepherd inhabits this scene.

The poem moves in three sections, each introduced by the narrator’s voice repeating “the sea saying,” “the sea telling me,” “Telling me,” and a conclusion beginning with “The sea, teaching me to say.” The sea’s instruction is imperative: “This is how you pray”; “Look at photos”; “Face it.” The language of the lines undulates: “Maybe the wind will”/ “Maybe it won’t”; “wave upon wave face to face.”

Instruction shifts to description in the second quarter of the poem, when the one who prays “stand[s] up as a wave” to the “massive cliff of a god.” The closing image is of the wave “shattered to spray” and “lifted up” (the language of crucifixion) beyond the cliff and over the backs of feeding sheep, reframing the bleakness of the stony, immovable god and the insignificance of the petitioner. The wave’s shattering transforms it into mist that soothes the creature and sustains creation. The wave becomes the missing shepherd, and the sea closes her lesson with a benediction. Teaching becomes prayer: “So be it. So be it.” Amen.

Like Psalm 22, the Psalm of the Cross that precedes the Good Shepherd Psalm, this is a poem to which I will often return.

“The Sea Here, Teaching Me,” by Moira Linehan

the sea saying, This is how you pray
to your rock of a god, your massive cliff
of a god, sheer drop into the bay,
immovable, not-going-anywhere
kind of god. Look at photos from a hundred
years ago. Your god’s not moved. Glacial remains
of a god. Impenetrable. Can’t-wear-it-
down god. Rock face of a god. Face it.
You’re a dot on the landscape, a sheep’s droppings
before this god. The sea telling me, Maybe
the wind will side with you. Maybe it won’t.
So you wait, wait for a day in November,
a day like yesterday, the wind wild
off the Atlantic, but backing you up,
making you come wave upon wave face to face
with the wall of your god. Telling me,
You stand up as wave, are shattered to spray,
lifted as mist. You keep being lifted up


and over the fields beyond that cliff, mist
falling now over the matted wet wool
on the backs of sheep, their faces pushed
into grass. The sea, teaching me to say,
“So be it. So be it.”
Previous Post 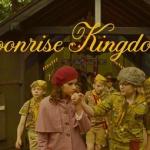 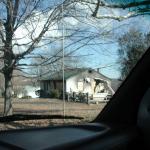