Poetry Friday: “The Years Were Patient with Me” 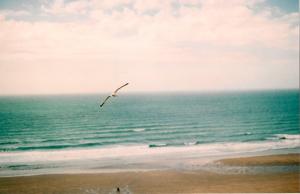 I love this poem because it mirrors the passing of time, patiently guiding readers through the speaker’s perspectives on truth. The structure of the poem resembles a list, providing four metaphors for how truth moves in the world. The poem’s relationship with truth is a relationship characterized by time and movement. Even before we reach the last strophe, this relationship hints at the speaker’s evolved sense of truth. In reading, we see a “streaking train,” “a seagull wheeling, plunging” and “scoop[ing].” The second strophe transfers this motion to the speaker. Previously truth does the action, but here the speaker can “pluck,” “weigh,” and “search.” The last scene of movement centers on the old man’s arm as it slides into the coat and “finds home.” Where the first metaphors emphasize agency, this final, patient example of truth emphasizes lack of agency. Rather than a truth in action, we see truth at rest, truth as relief.

“The Years Were Patient with Me,” by Jeanne Murray Walker

I used to think truth was a fast train

streaking from the station, self-

Or a seagull wheeling, plunging in one

to scoop a minnow from the water

in the black arrow of its beak.

Later, older, I could pluck truth

from trees when I wanted,

weigh it in my hands: ruddy, sun-

warmed, firm as an apple. Though

sometimes, yes, I had to search before

I’d find it fallen in an orchard. But as

I parted the air to lift it, the air

healed itself deftly as a door closing.

Years passed, patient with me, till

I saw another kind of truth:

a man totters from the airport

one freezing morning with the face

and shoulders of a CEO, but old

now, fumbling to push his arm

into his Armani trench coat, over

and over, trying, missing,

wandering to the doorman, who

holds the coat for him. And slow

as sun rising into winter morning,

sweet warmth, not of its own

making, nothing it earned or paid for.

Jeanne Murray Walker’s most recent books are Helping the Morning (Word Farm) and The Geography of Memory: A Pilgrimage through Alzheimer’s (Hachette). A book of sonnets, Pilgrim, You Find the Path by Walking, is forthcoming next year from Paraclete. She teaches in the Seattle Pacific University MFA program. www.JeanneMurrayWalker.com. 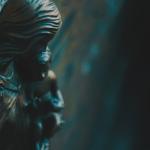 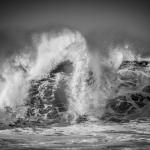