I Am Not a Mother: I’m a Human Being 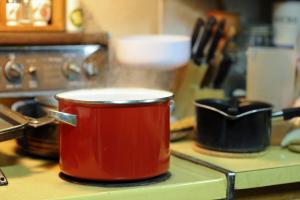 “You’re not a good mom!” My ten-year-old daughter shouted as she stomped up to her room. “Good moms don’t throw paper plates at their children!”

Of course, this declamation can be proven false. A good mother would construct a Chinese kite out of a paper plate, toss it toward her daughter at the perfect moment of uplift, and watch her little girl revel in the kaleidoscopic tail. A good mother would cover a paper plate with cookies shaped like autumn leaves, gently toss the plate across the counter, and giggle as the studying child discovered the surprise.

In my case—a sweaty, hair-flying, early-morning rage—I picked up the first thing I saw (made of paper, thank God), and flung it at her: “I don’t like you!”

Following the rules of nature and metaphor, the plate flew back in my face. But that didn’t stop my daughter from crying, my young son from running away in fear, and my middle daughter from staring into space, escaping into the methodical chewing of her apple.

With just four minutes until the bus’s ungodly 7:15 arrival, I had a decision to make. Would I let the school bell ring on my wrath, or would I try to take something wrong, whatever it was, and turn it into something right?

I should have harnessed some fail proof strategy. But I had once again fallen into a tar pit of parenting confusion. I’ve never been into all the “mommy” stuff: magazines and playgroups; Pinterest and its neurotic cupcakes; disciplined, highlighted hair. Sure, I drive a minivan, but I’m quite certain I drive it ironically. From the moment I got pregnant, I determined to stay myself, a self who just happened to have kids. Just another poet and English teacher with a bouncy seat in the living room, and a dark, inner vortex of anger she never knew existed.

I hate apologizing to my kids. And I hate having to do it under pressure. But I made the call:

I looked up the steps to find she had never made it to her room. She sat on a middle stair, her thick hair hanging over her face like a mushroom. This was not school-ready hair. After all, our spat had originated from her clearly expressed dissatisfaction with my ponytail-making skills. Another one of those universal mom know-how’s that never quite made it into my arsenal.

She scooted her way down. Bump. Bump. Probably just one minute till the bus.

“Sorry I was mean, Mom,” she mumbled.

“I’m sorry I threw a plate. Of course I like you.”

But I couldn’t let it stop there. “You know I’m a person, right?”

Oh, the condescending “Um, yeah-uhs” that had seemingly infected the whole community of fifth grade girls.

I heard the bus rounding the corner. Her eyes bolted from me to the door as her younger sister slipped out and ran down the driveway.

“I’m not just a mom, you know? I can’t just…take it over and over without getting upset. People get mad when people are mean to them. I’m a person. You know?”

She ran a brush through her hair, dropped it on the floor, and careened through the garage.

Probably none of my words sunk in, but I felt calmer having said them. Maybe one day she would remember my statement as one of life’s truths, an “ah-ha” memory when she finally recognizes me as both fully mom and fully human. Sure, she’s only ten, but I still remember snippets of conversations I had with my mom at that age. Although now all I could summon was her saying, “Wish in one hand and pee in the other, and see which one fills the fastest.”

All was quiet. My son stabbed away happily at his tablet with sticky fingers. “Can you make me a smoothie, mama?”

In Traveling Mercies: Some Thoughts on Faith, Anne Lamott recalls losing her cool with her son: “It’s the worst thing I know, to shout loudly at this 50 lb. being with his huge trusting brown eyes. It’s like bitch-slapping E.T.”

It feels terrible to yell at a smaller, helpless person you’ve brought into your home, true, but it’s not all that crazy. An average person with a full luggage set of dysfunction gets pregnant or somehow convinces a social worker to approve an adoption home study, and suddenly she is expected to breathe Lamaze-style through every horrific challenge to her self-worth. I don’t believe in some mystical, instinctual ability to sacrifice for one’s child. I love my kids, but I often have to work at that love.

Sometimes I can’t make myself get off the couch to tuck them in at night. I want to spend my extra money on cute new boots for me, not my eight-year-old. And I certainly have my limits when it comes to receiving outrage about how I scramble eggs, set bedtimes, or wrap a rubber band around a hunk of hair.

In many ways, I am a wiser and more empathic person—finding my life by losing it— for having children. In other ways, I am the same person I was as a child: flawed, selfish, and prone to throw things when I don’t get my way.

I picked up the paper plate that lay upside down on the counter and placed some apple slices on it. I dipped them in peanut butter and crunched.

“Is my smoothie ready yet?” my son asked.

“Not yet,” I said, and pulled him into my arms. I had a few more slices to eat. It had been a long morning, dammit, and I was hungry.

This post originally appeared at Good Letters on November 8, 2013. 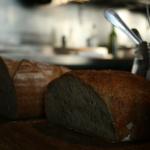 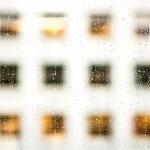 May 29, 2018 Mother's House
Recent Comments
0 | Leave a Comment
""It doesn’t matter when you start the Sinatra Christmas playlist or put up your tree. ..."
C_Alan_Nault How to Win the War on ..."
"Yup."
Max Marvel Finding My Inner Calamity Jane
"I an confused by the use of "aural" here: "In The Gutenberg Galaxy, he explained ..."
William G II The Gutenberg Imagination
"My friend is looking for a Pepper Smith he served in the army with, was ..."
Christine Budnack The Love Song of Pepper Smith
Browse Our Archives
Follow Us!