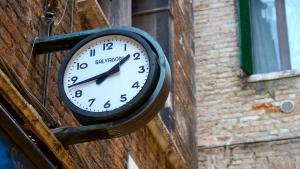 Apparently, running late may be a symptom of optimism, creativity, and literally perceiving time differently.

That was cold comfort in the doctor’s waiting room. I had arrived early to be ready right when they called me, but they didn’t call me. Five minutes. Ten minutes. Fifteen. Twenty.

That’s when I started really stewing about the Problem With Doctors, which went something like:

I didn’t come here just to chat, lady! I changed around my day for this. I’m here on time; where are you? And what choice do I have, reschedule for a week from now? If a teacher or therapist or a receptionist pulled this kind of thing . . . But, no, you’re a big important doctor!

A full hour after our appointment time she walked in—that’s post-socialist-oligarch late right there. She said, “Sorry to keep you waiting,” and I said, “Oh, no problem.”

Of course, I’m late all the time; I’m a writer. I turned this essay in late in the evening on the day it was due—and my editor had given me a three-day extension.

And I claim the artist’s prerogative for it: I need time and space to write. I need to find my subject. You can’t force this kind of thing.

I know I try to do too much, thus I find myself irreparably behind time. I get caught up in the work that needs doing and think: Just this one last email. Just another sentence or two. I still have time.

I know, too, that feeling of getting into the car to pick up my son from summer camp and realizing that no, in fact, I did not have time.

Being late to pick up my kids is the worst, for me. As I race to the Cultural Arts Center, I flash back to those long periods of waiting outside my middle school for my mother to pick me up. She knew when my activity ended, when I needed her, but she somehow always tried to squeeze in another errand. The message to me was that my time wasn’t important, that I wasn’t important.

I’ve “gotten over” that largely by not depending upon other people to be on time. But I never want to put my children in that situation, to make them feel that insignificance.

Yet, there I go trying to do one more thing. Not often—just often enough for shame to do its insidious work: So, you screwed up again! Of course you did; you’re just as bad as your mother. She was right not to value what you valued; look how poorly you manage your life. Look what you’re doing to your kids!

If I were to create autonomous beings, I would be a mess within the first week. I’d have underordered the water and sent the salamanders to the Arctic. I’d have let several hundred prayer requests fall out of view in my inbox. I’d have a thousand read but unanswered texts, with a thousand follow-ups reading, “Sry to be a pest did u get my last txt, lol?”

That doesn’t happen with an omnipotent, omnipresent God, but sometimes it can feel like it. Sometimes it feels like God is just trying to run a few million more errands before getting to me.

In biblical terms, patience is a virtue, or, better, a fruit of the Spirit. The prophets and the Psalms admonish us to wait upon the Lord. Give it a few hundred years and God may even come around.

Then there’s that most challenging exhortation against worry (Matt. 6:25–27):

Therefore I tell you, do not worry about your life, what you will eat or drink; or about your body, what you will wear. Is not life more than food, and the body more than clothes? Look at the birds of the air; they do not sow or reap or store away in barns, and yet your heavenly Father feeds them. Are you not much more valuable than they? Can any one of you by worrying add a single hour to your life?

I can make excuses till I’m late for another thing, but the truth is that my life would be easier if I really believed Jesus about this. I’d want less, depend less on work for a sense of purpose, compare myself less to others. I’d be more present to my day.

Recently, I arrived early (again) for another doctor’s appointment. As I was heading to the elevator, an elderly woman stopped me. “Excuse me, do you know how to use Uber?” she said. “I just had work on my eyes and can’t see my screen.”

One can’t just say, Screw you, lady; I was going to finish some emails. God’s done enough work on me that I didn’t think anything of the sort. I only calculated quickly that I had plenty of time and then made sure her ride was coming before wishing her good afternoon.

It felt more like a gift to me than a good work, like God had tapped me on the shoulder. Someone else could have helped if I hadn’t, but because I did, I was reminded of the power of presence, of not watching the clock every minute.

Now that I’m a (late) parent, I better understand my mother’s tardiness; it’s hard to get things done with kids in tow. The wounds take time to heal, still.

Riding the elevator to the fourth floor, the wounds didn’t seem so large as they had a moment before. Nor did time feel quite so rushed.

I entered the waiting room, sat down in an armchair, and tried to finish an email before the doctor came. 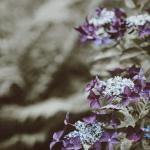 July 31, 2018
A Conversation with Barbara Brown Taylor
Next Post 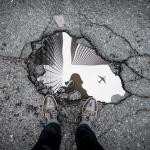 August 2, 2018 Abandoning Prayer
Recent Comments
0 | Leave a Comment
""It doesn’t matter when you start the Sinatra Christmas playlist or put up your tree. ..."
C_Alan_Nault How to Win the War on ..."
"Yup."
Max Marvel Finding My Inner Calamity Jane
"I an confused by the use of "aural" here: "In The Gutenberg Galaxy, he explained ..."
William G II The Gutenberg Imagination
"My friend is looking for a Pepper Smith he served in the army with, was ..."
Christine Budnack The Love Song of Pepper Smith
Browse Our Archives
Follow Us!