Come Sail Away – a parable, Part One

Come Sail Away – a parable, Part One December 4, 2020 Kathryn Shihadah

Today is the big day. You sold everything you owned and bought a ticket on the new luxury cruise ship, and today you sail. It’s a special voyage for Christians only, with time to relax, a concert every night by a popular Christian artist, and Bible study and prayer meetings each day.

Yup, it’s time to upgrade – time to live large. The brochure promised that this would be the best trip ever, and you would love the destination – a new America, under God. All of your dreams are about to come true.

At last, instead of being sidelined, you’re going to be part of the cool crowd, the powerful. You’ll be respected, listened to, valued.

There are two gangplanks, each with a line of passengers waiting to board. You don’t remember being told where to line up, and you hope you’re in the right line. Then you notice the wristbands – your group has purple, and the other group’s are white. The people with the white wristbands are all dressed very, very well, and they already have a great tan – like they’ve been on many cruises, or live on a yacht or something. Maybe I’ll have a tan like that by the end of the trip, you think.

The folks in your line are more like you: middle class, ordinary. Maybe you’ll be more comfortable with them.

You can tell that everyone here is a fellow Christian. They all just have a gentle, humble air about them, and most of the women are dressed rather modestly and wearing necklaces with crosses. You expect you’ll have a lot in common – but you wish you’d brought a fancier wardrobe and maybe a new swimsuit.

But you shrug and sigh with contentment. Wealthy or not, these are your people. They cherish the same things you cherish.

Finally, somebody gets it. What you’ve been saying all these years – they agree with you.

The journey begins with much cheering and waving. Once you’re out to sea, you find your cabin and get unpacked. It’s small and not quite as fancy as you expected, but nice enough. You head out to explore, a map of the ship tucked in your pocket so you won’t get lost.

As you walk on the Promenade Deck, the sea breeze feels fresh. You’ve never felt so alive, so optimistic, so confident.

All around you, glamorous women and well-groomed gentlemen lean against the railing, chatting and laughing.

You walk on until you find a quiet spot and look out over the ocean.

You hear a faint sound – muffled voices and small splashes. You look over the railing and see that some of the ship’s crew are tossing people off the lower deck, into the water. The people are handcuffed, so they can’t save themselves, and sharks have already begun to circle them. They won’t last long. Who are they?

A beautiful blonde woman appears behind you and explains that those are stowaways on the ship.” They didn’t pay for a ticket, and they can not get a free ride, so off they go! That’s what happens when you don’t follow the rules!” Then she’s gone, but you keep watching.

Sometimes, as a “stowaway” is thrown overboard, you can hear children’s voices screaming “Mama!” You have a sick feeling in the pit of your stomach, but remind yourself that those people broke the rules. You look away before the sharks move in.

The doctor is out

As you continue your stroll, you notice a crowd at the end of a dimly lit hallway. You consult your map, and find that they’re standing in front of the ship employees’ infirmary.

A man in an expensive suit sees your puzzled expression and explains that those are members of the ship’s staff – maids, mechanics, laundry workers, and whatnot – waiting to see the doctor.

You ask why so many people are waiting, and he waves a dismissive hand. “Oh, there’s no doctor or medicine for the staff. It’s not in the ship’s budget. There’s another clinic upstairs for the passengers, if you ever need anything. The doctor and all the supplies are there. These people will eventually just stop waiting and go back to work. They don’t want to get fired!”

“But it’s such an elegant ship,” you say, “with such wealthy passengers. Why not just charge a little more for the tickets, and use that money to provide medical care for these poor people? They work so hard.”

The man laughs. “You don’t know what you’re talking about. First of all, they don’t work that hard. And the passengers already pay for their own health care – why should they pay for someone else’s too?”

The man walks on, whistling.

Feeling hungry, you decide to seek out the sushi bar. When you get there, everyone is just eating pretzels and chips. Someone tells you that the sushi chef doesn’t actually know how to make sushi – he’s just a friend of the captain, and he’s a Christian, so he got the job. “That’s ok,” he adds, “there are plenty of other places to get food.”

You follow your nose to the source of a glorious smell: an open-air bistro with a grill – and it has steak! This chef apparently knows what he’s doing! But when you get close to the seating area, you see that the area is roped off and a sign says “Private Party.”

Eventually you locate a taco bar and fill up on tacos and wash them down with a virgin margarita. It’s an alcohol-free cruise – because, Christians.

You stroll past the pool, which is full of swimmers. There’s a lifeguard chair, but it’s vacant except for a sign: “swim at your own risk.”

An announcement comes on over the loudspeaker: “Prayer meeting will begin in ten minutes in the Atrium. Today we will pray for America’s greatness to return.”

You consult your map to find out where the Atrium is: past the sushi bar and make a left.

When you arrive, there is already a good-sized crowd. You take a seat, noticing that the audience is mostly regular people like you, none of those super-rich folks. That’s odd, you think. Certainly they would want to pray with us for America to return to its days of greatness.

Not much praying happens during the hour-long meeting. It’s the first gathering of the cruise, so the leader mostly talks about the ship – how sturdy and magnificent it is, and how lucky we are to be on its maiden voyage. Then she talks about the destination: we’ll be going back to America, but by the time we get there, it will be the country it was meant to be: Christian America.

“God’s Kingdom is coming to earth, and you’re going to be a part of it!”

She doesn’t explain how it’s going to happen, but when at last she begins to pray, you just know it will happen.

“O God, bring your best to the United States of America so that we can stand proudly and freely in the name of Jesus. Make us prosper so that we can bring down all enemies that come against us. I feel the Spirit: we will have victory!”

And you feel it too. Your heart is pounding as you leave the Atrium. Once again you feel that sense of oneness with everyone on the ship, and that assuredness that Christians are on the cusp of something great.

In reality, though, no amount of stirring prayer could prepare you what is going to happen to this ship and all of its passengers.

(Do you want to find out what’s going to happen? Sign up for the Grace Colored Glasses newsletter.)

(A synopsis of my personal story can be found here. Read my series on abortion, starting here, or on the LGBT issue here. My full archive is here.) 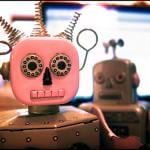 A night with Lot in Sodom,...
slacktivist
Related posts from Grace-Colored Glasses 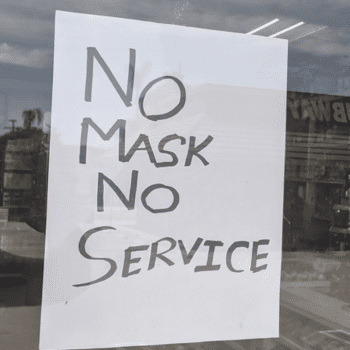 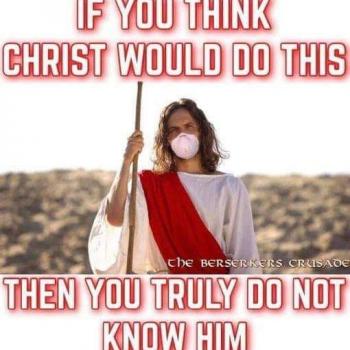 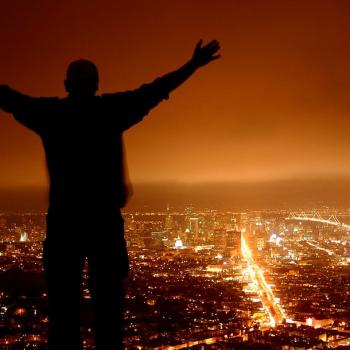