Every day, I report on the situation in Israel-Palestine. Every day, I am deeply disturbed by what I read and write. But some stories are particularly disturbing to my spirit as a Christian – like this one that I wrote yesterday about Suleiman Hathaleen.

Many evangelical Christians impulsively support the modern state of Israel, assuming that it is somehow connected to the Bible because it has a Bible name. We Christians need to get over that idea and recognize that Israel today is not a holy country by any stretch of the imagination. It is unholy – defying international law every day in order to occupy, starve, and ethnically cleanse the indigenous people of the land.

This is a subject that we should approach with the utmost gravity. It is our money – $10 million a day in American military aid – that supports this regime, killing Palestinians with impunity, in great part because Christians have not spoken up against it.

Last weekend, an old Palestinian man died after being run over by an Israeli police vehicle. Israel has not even acknowledged the incident.

(BTW, if you question “business as usual” in Christianity – or want to question it – subscribe to my newsletter, and we can journey together! I write about Israel and Palestine quite regularly.)

by Kathryn Shihadah, reposted from If Americans Knew

Suleiman Hathaleen’s story is brief, but his struggle lasted for decades and ended unnecessarily early. It is the struggle of an entire community of Palestinians living in a kind of hell designed by Israel.

Suleiman Hathaleen, aged somewhere between 65 and 75, was seriously injured on January 5th as he stood by the side of a road near his home, watching the goings-on. A tow truck commissioned by the Israeli police and accompanied by a police jeep had come to confiscate several Palestinian-owned cars without license plates (“mashtubat”).

Eyewitnesses insist that the tow truck driver and the police had to have seen Hathaleen standing there, peacefully resisting. A number of Palestinians on the scene saw the whole incident: the truck ran him over, dragging him for about 30 feet, and left him bleeding and critically injured.

When the onlookers saw what happened, they began throwing stones at the vehicles.

The police reportedly fired into the air several times before speeding away from the scene and disappearing. Neighbors took Hathaleen by car to an ambulance, which brought him to a hospital in Hebron.

Hathaleen suffered fractures in the skull, neck, ribs, and pelvis, severe bleeding in the brain and abdomen, and other injuries.

He remained in a coma for 11 days, till his death on Sunday.

It turns out that Suleiman Hathaleen had been assaulted and abducted by Israeli police and soldiers many times with no regard for his age and frailty. His family plans to file a lawsuit against the Israeli police for excessive use of force on multiple occasions.

Immediately after the incident, an Israel Police communiqué was issued stating that “a Palestinian who apparently ran toward the tow truck was injured and taken for treatment by the Red Crescent [ambulance service].”

The following day, the police clarified that “during enforcement activity against mashtuba vehicles…a violent disturbance by rioters who are local residents broke out against the forces.

As the forces moved to leave while stones were being thrown at them, one of the rioters jumped on the tow truck, fell to the ground and was hurt. In the situation that was created, in which a militant mob concretely tried to harm the force in question, it was impossible to stop and assist the injured person.

The Israel Police and the IDF take a very grave view of this attempt to harm the security forces and hamper routine activity, and will act with determination to impose governance.”

Not a word about anyone actually being run over.

This video shows the Israeli vehicles fleeing the scene:

Suleiman Hathaleen was part of the Jahalin tribe, numbering in the thousands. Since Israel’s founding war of ethnic cleansing, Israel has evicted the Jahalin from their lands and relocated them several times. They settled south of Hebron, where they raise livestock today.

The Oslo Accords (1993) designated the region as Area C – the part of Palestine that is under complete Israeli control, and where the illegal, Jewish-only Israeli settlements are located. Israel took advantage of its jurisdiction by harassing the Jahalin and other tribes in the area, demolishing their homes at least 16 times.

Today, almost every structure is under demolition orders and could be torn down at any moment.

Since 2014, Israel has been trying to relocate the Jahalin and neighboring tribes yet again, but the Palestinians are determined to stay.

Suleiman Hathaleen watched as his family’s property and herds shrank in size – Israel appropriated more and more for “firing zones” and the expanding settlement of Maale Adumim – but he didn’t take it sitting still.

Hathaleen was known to the locals and the Israeli authorities as a relentless activist, his age notwithstanding. Gideon Levy wrote:

He manned the barricades and blocked bulldozers, climbed onto the buckets of backhoe loaders, protested on behalf of prisoners and hunger strikers. There is virtually no local demolition, confiscation operation or arrest in recent times that he didn’t try to prevent physically…

He was always there, leaning on his cane, sometimes holding a Palestinian flag. He was taken into custody dozens of times but was always released after a few hours (with one exception, when he was incarcerated for 10 days), because, as his son Eid notes, he never resorted to violence, so there was nothing to charge him with.

Hathaleen was nonviolent, but Israeli soldiers responded to him with violence often. He was hospitalized at least once before.

Israel has declared our villages a firing zone

On the first day of January last year, Israeli soldiers shot and wounded 26-year-old Harun Abu Aram in the neck during a scuffle over the army’s confiscation of an electricity generator from Harun’s neighbor. In an area that is denied all basic services, such a generator is a source of life for Harun and his neighbors.

As the video [here – warning: disturbing] of the shooting shows, Harun was trying nonviolently to stop the confiscation of the generator. The soldier’s bullet left Harun completely paralyzed from the neck down…

On January 8 last year, 18-year-old Mohammad Makhamra from the hamlet of al-Mirkiz was running to follow his flock of sheep just one hundred meters from his home, when he stepped on an unexploded bomb left by the Israeli army.

The resulting explosion caused fracturing in his right leg, propelled shrapnel to within millimeters of his heart and stomach and, worst of all, caused him to lose one of his hands…

During a pogrom carried out by settlers in the village of Mufagara in September, a four-year-old child, Muhammad Hamamdah, was struck in the head by a rock thrown through the windows of his room by a settler while he was sleeping, fracturing his skull.

This took place in the presence of Israeli soldiers who fired tear gas and stun grenades at the Palestinians and who even arrested several residents instead of stopping the settlers’ attack, which included stabbing and killing goats, smashing windows of homes and cars, and injuring other residents…

In every one of these incidents — Harun Abu Aram, who became quadriplegic; Muhammad Makhamra, who lost his hand; and Muhammad Hamamdah, whose skull was fractured — the Israeli authorities quickly closed the case without prosecuting anyone.

Israel has declared our villages to be a firing zone, and soldiers regularly use live ammunition which systematically injures children and adults to the point that they become permanently disabled.

OTHER ARTICLES ABOUT ISRAEL AND PALESTINE:

Can Christians lead the way in re-thinking Hamas? 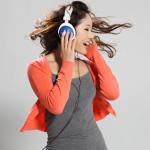 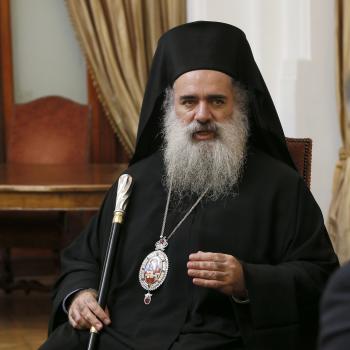 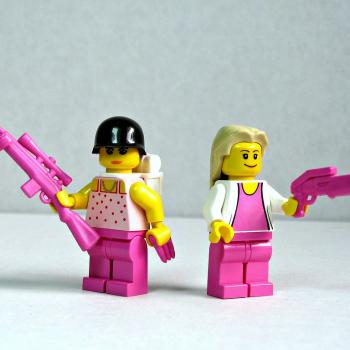 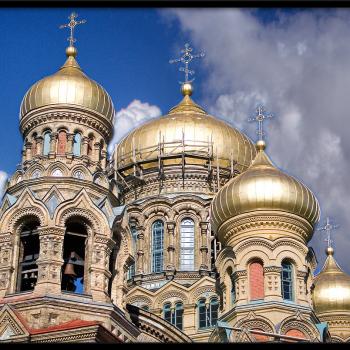 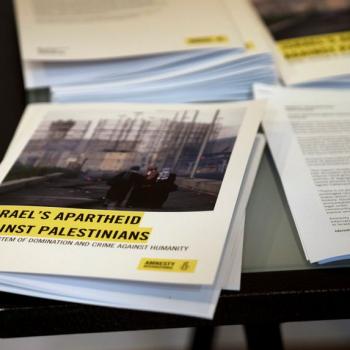