I’m Not Sorry We Aren’t Pretty Enough For You

After having two boys, I was thrilled to have a girl. Throughout my pregnancy, people reminded me to read Surah Yusuf lest I have an ugly child. Not to argue its merit, but I had always found this advice to be off-putting. It would be accompanied by an encouraging smile, which made me feel like my husband and I were ogres and that between the two of us only Surah Yusuf could save our poor child.

I have a confession, I rarely read Surah Yusuf while pregnant. Beauty was never a huge priority for me. I was more concerned with making dua’a for my children to make it to Janna by being positive change makers. I made dua’a for their happiness and for their health. So, it came as a shock to me that I was terrified to first see my daughter. There it was in my head and I couldn’t shake it…

‘What if people think my daughter isn’t pretty? Man, I should have read Surah Yusuf’

But what does ugly mean? When I was young I asked someone close to me whether I was beautiful and she told me that my features were pretty. As I grew older, I began to recognize the nuances of that answer for a South Asian girl – having beautiful ‘features’ meant that I was almost pretty. I later understood, as people became direct with their comments, that I was a shade of brown too dark to officially be pretty. And now, with my little girl, I am hearing similar comments and they all revolve around equating beauty to the color of her skin.

It’s called shadeism: discrimination based on skin tone within the same race. Big business is capitalizing on it. According to AC Nielson, sales for skin-whitening cosmetic products in India were $432 million dollars in 2009. Recognizable companies such as Unilever and L’Oréal sell these products[1]. Clearly a lot of people want to be the ‘fairest of them all’.

Being more fair will not make our kids more intelligent, respectful, honest, pious, and kind: the traits that matter in the grand scheme of things. Those are the things that matter in front of Allah (swt). I appreciate the advice regarding Surah Yusuf, but what I really want is a Surah I can read, or better yet, those people can read, to change the widespread perception of beauty.

Although I would love to start challenging people who make comments about my baby, it’s not always easy, especially when some of these comments come from people I love, respect or am worried about offending. What I can control is ensuring that I don’t perpetuate this mentality.

This experience has helped me check myself. I now recognize that I have my own color biases deep down and they rear their ugly head when I am the most vulnerable. I must challenge my internal narrative about color, particularly when I find myself caring about other people’s perceptions of my daughter’s beauty.

No doubt Allah is Al-Musawwir, ‘the form-giver’. The Quran addresses the beauty of each human being with the verse, “He formed you and made your forms beautiful” (40:64) and Allah tells us that He formed people “in the most beautiful stature” (95:4). In the eyes of Allah then, all his creations are beautiful. I hope to build my children’s self-esteem so that they can appreciate who they are as they are because Allah deems them beautiful. It would be foolish for us to think our notion of beautiful is better than His.

Farrah Marfatia is a former elementary school Principal and is currently the Vice-Principal of a high school. She is a leader, educator, activist, and innovator with a passion for education and social change. Farrah is pursuing her Master of Education at Brock University. When she isn’t trying to take over the world, you’ll find her curled up on her couch with her two boys and her husband, and her baby girl. 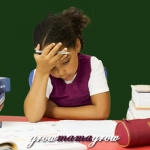 February 18, 2017 Six Ways to Get Kids on Board With Healthy Eating
Recent Comments
0 | Leave a Comment
Browse Our Archives
Related posts from Grow Mama Grow