Riders of the Purple Sage

I’m not vouching for any of these, you understand. I just mention them.

But though I seem to have always known the title, I had never read the book, and knew nothing about it except that it was a western. I was in a susceptible mood, so when I saw it I grabbed it, and this last week I read it.

First, a brief precis. It’s set on the southern Utah border in the days of Mormon polygamy. Jane Withersteen is the unmarried daughter and heir of a Mormon rancher. Her father founded the town she lives near, and she’s now the largest rancher and land-owner in the vicinity. She’s rejected the advances of some of the more powerful men in town; and being almost supernaturally good, kind, loving, gentle, and charitable she’s in bad odor with them because of her charity to the poor Gentiles (non-Mormons) in the vicinity. They are determined to use every means at hand, licit and illicit, open and under-handed, to “break” her.

Yes, this is a book in which the Mormons are the villains.

Strike that. This is a book in which the Mormon men are the villains, who are only out for lust and power even if they put a pretty face on it. The Mormon women (and most especially Jane Withersteen) are strong, faithful, ill-used, long-suffering, kind, gentle women who deserve much better than they are getting. Jane is ultimately saved by a gunman in black, a man whose love she tries to win to prevent him from killing Mormons. Plus, there are horses, and riders, and canyons, and rocks, and rustlers, and gunshots, and wild chases, and stampedes, and evil and goodness, and you know, like that.

I’ll pass lightly over the anti-Mormon message. Grey was writing about a rough place in a rough time, and I’ve no doubt that there were some real pieces of work among the Mormon community in southern Utah in those days, if only because real pieces of work are fairly evenly distributed across the family of Man. I’m sure there were those who were attracted more by polygamy than by the other aspects of the LDS church. More than that, there certainly was violence between the Mormon communities and outsiders from time to time; you can google the Mountain Meadow Massacre if you like. All that said, there are lots of Mormons here where I live, there have been as long as I’ve been around, and to have them painted as villains strikes me as odd.

The themes of the book should be clear from what I’ve already said. Hypocrisy, and especially religious hypocrisy, are front and center. Frontier justice is often violent, and sometimes it’s necessary to cut corners to see that justice is done. None of that surprised me.

So what did I think of it as a story?

First, Zane Grey had an extraordinary ability to describe the landscapes. Southern Utah is not the prairie, flat and broad; it’s broken into canyons of all sorts, and I was consistently amazed by his skill at describing extremely complex terrain in a way that I could visualize it, and least think I knew what he was getting at. I think he’d be worth studying for that alone.

Second, the dialog, and less often the prose, can be rather purple and melodramatic. Grey puts the “opera” in “horse opera”.

Third, the foreshadowing is at times heavy-handed. We’ve all heard the dictum that if there’s a gun on the mantel in Act I, it had better be fired before the end of Act III. It’s not unreasonable to have a character contemplate the gun and think, “You know, when that gun is fired nothing will ever be the same.” It’s probably overdoing it to have the character reflect on those cosmic repercussions four or five times. Those who have read the book will know what I’m talking about.

Fourth, there’s not a trace of humor from one end to the other. Emotions are huge, vibrant, rolling with thunder from one end of the sky to another. There’s great joy, and enormous, ponderous happiness, massive sorrow, hatred, guile, and so on, but there’s no quiet, wry amusement. This is a not a book where people laugh. Consequently, I found it a bit of a slog. There was much to like, but it wasn’t fun.

So there you go. I’m in awe of Grey’s descriptive skills; I may well re-read certain passages just to figure out how he did it. Beyond that, I’ve no particular interest in looking up his other books. 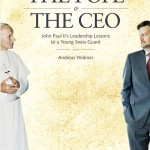 July 11, 2012 A Good Vacation: Six(ish) Books
Recent Comments
0 | Leave a Comment
Browse Our Archives
get the latest from
Catholic
Sign up for our newsletter
POPULAR AT PATHEOS Catholic
1