On Heaven and Earth

On Heaven and Earth June 1, 2013 willduquette

On Heaven and Earth is an extended dialogue, in book form, between Jorge Mario Bergoglio (now Pope Francis) and Rabbi Abraham Skorka. Apparently the two men became friends over a great many discussions over quite a long time, and eventually decided to put some of them into a book.

The book is organized around a number of topics, some of universal interest (God, Prayer, Guilt, Abortion) and some of purely Argentinian interest. One of the two opens with his views, the other responds, and so on. The goal is not persuasion but sharing in good faith.

It’s a reasonable quick read, and given that the then Archbishop’s parts are completely in line, both in character and in content, with what I’ve seen and read of him since his election, not terribly surprising. The Archbishop comes off as completely orthodox, devoted to the poor, and of pastoral rather than theological interests.

I confess, I spent less time on Rabbi Skorka’s comments.

So…a not uninteresting way to spend a couple of hours, but I don’t know that I’ll want to read it again. And that’s my gain, and yours too, because I got the book from Patheos for two purposes: to read it and comment on it, and to give it away! If you’re interested, you can send me a note at will-at-wjduquette.com, and I’ll put your name in the hat. 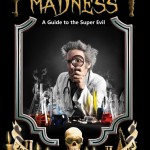 June 4, 2013 The Restless Flame by Louis de Wohl
Recent Comments
0 | Leave a Comment
"Does the author ever state any actual evidence that they used to determine the validity ..."
Donalbain Night’s Bright Darkness – Review
"Your readers may also like my family history book called TURNER TREES by award winning ..."
KEITH POTT TURNER Book Review: Discovery
"I read Mockingbird maybe 30 years ago after seeing the screen adaptation of The Man ..."
Cheeky Bugger A Magnificent Book: Mockingbird by Walter ..."
"If you're at all interested in knowing . . . the Catholic Dogmas . . ..."
Vicki DePalma Book Review: Boxers by Gene Luen ..."
Browse Our Archives
get the latest from
Catholic
Sign up for our newsletter
POPULAR AT PATHEOS Catholic
1

I Have Decided to Believe In...
Steel Magnificat
Related posts from Happy Catholic Bookshelf