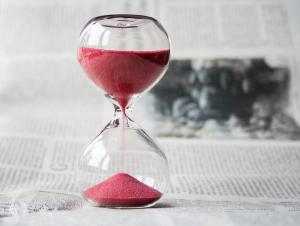 2017 was a year full of breaking news, for both mainstream America and for Muslim communities across the country. From the tragic death of a young Black Muslim woman in Ramadan to allegations of sexual assault and sexual misconduct against a few prominent Muslim leaders, to many of our politicians and celebrities being accused, many important conversations on sexual assault, rape culture, Islamophobia, immigration, and reproductive rights have emerged and have continued to propel these movements that activists have been on the forefront for decades. Breaking news can and does change how the world views a certain issue.

Yet, in this age of digital and social media, also comes a time of great confusion, controversy, and toxic conversation that takes what is breaking news – a moment that is meant to be reflective, a learning opportunity, and perhaps a catalyst for change – and transforms it to a controversial hot take, often further causing harm to those closest to the issue, especially in situations of sexual assault. What results from this are a few important consequences that severely compromise our ability as a community to be victim-centric and center the needs of those most impacted by the situation, our survivors and those that support them.

1)    Privacy of those closest to the situation is compromised. When news of sexual assault allegations go public, it not only quickly becomes a topic of conversation on every forum, but people begin demanding more information than they are entitled to. Questions such as “was there consent?” and “what exactly happened?” and even “was there penetration?” are some examples of these types of invasive conversations that have happened on social media in the past. Moreover, those directly connected to the survivor or their community may feel compelled to continue to demand these answers. Yet, what is often easy to forget, is that the details of the situation are uniquely the survivor’s story to tell, or to protect. Of course, there will be people in the survivor’s life – advocates, lawyers, law enforcement, and counselors – who may be privy to these details, especially if there is a legal component to the situation. However, these details are not owed to the greater public, nor is it victim-centric to place such a burden on survivors to share their stories.

2)    Misinformation is abundant. Because of the increased buzz on social media, and how quickly information goes viral, much misinformation is spread, particularly in the first few days of the breaking news, when little facts are known, and much of the conversation is based on speculation. This leads to further confusion, and places additional burden and stress on the survivors and their families, now having to manage and control the spread of misinformation.

3)    Everyone becomes an expert. We live in a time when it’s easy to engage in conversations on social media and social media activity compels many to post their thoughts and reactions to specific situations. Many times these are thoughtful reflections sending support to survivors or making a specific call to action, while other times these can be reflections – while well-intentioned – ripe with misinformation and victim-blaming and can further retraumatize survivors.

4)    Victim-blaming is inevitable and prevention approaches short-sighted. When sexual assault allegations go public, it often facilitates an important conversation on prevention. Yet, there are times when these conversations on prevention end up focusing on what the survivor themselves could have done differently in order for the assault not to have occurred (i.e. if only they didn’t attend that party, or if only they weren’t walking late). Moreover, these lead to short-sighted prevention approaches: communities begin to over-rely on prevention techniques such as gender separation or enforcing dress code instead of focusing on how to address the root causes of sexual violence.

5)    Power structures are further strengthened. Another phenomenon that occurs when breaking news becomes a hot take, is that there are individuals with big platforms that use the issue to either a) elevate the issue for good, like raising awareness or more disturbingly b) to exert their power and privilege in silencing those who have spoken up.

As such, whenever breaking news makes it to the public, the way we respond, reflect, and show up for each other, can make a huge difference to those most impacted. Responding to an issue in a timely matter is absolutely crucial for those closest to the situation in order for survivors to feel supported. For the greater public, it’s crucial to take breaking news for breaking news and not dive straight into a “hot take,” trying to be the first to comment or pass judgement. Rather, commit to having a victim-centric approach by not adding to the chaos on social media.

This past year brought important, timely issues such as sexual assault, immigration, islamophobia, and reproductive rights to the forefront, and in an intersectional way. We are standing on the brink of systemic change and it is crucial to ask ourselves an important question as we think about building more victim-centric communities and centering the needs of our survivors: how will we show up for our survivors? 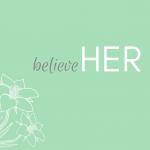 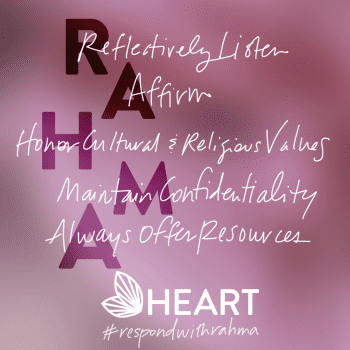 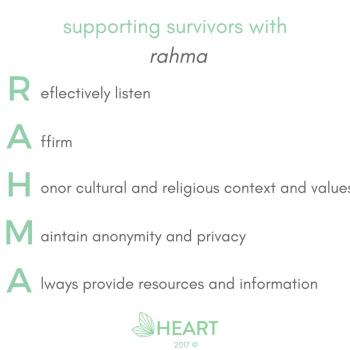