Beltane Where Are You?

When I did used to try to celebrate the Sabbats my favourites were Lughnasadh and Beltane – it just depended on the time of year as to which was my favourite in the moment.  Obviously, in October when the weather begins to get nicer my favourite would be the upcoming Beltane.  And to be honest, I still love the idea of Beltane.

And why wouldn’t I? It’s fun, joyous, and it totally captures the feelings I usually get at this time of year.  I usually spend October wanting to dance and sing and feeling a bit fae.  I feel the need to begin dressing with a bit more whimsy, in my “Gypsy” skirts, headscarves and bright colours, plus some brown for a bit of earthiness.  I feel wild and free and in a way that’s what Beltane is all about, isn’t it?  Partially anyway.

But this year it’s just not happening the way I like.  I live in Victoria, only a couple hours from the South Australian border.  We’ve had such heavy rain this past month or more that our region has had some pretty bad, but not catastrophic, flooding.  We’re basically a swamp right now – the land trying to recapture its original state perhaps.

South Australia of course just went through some massive storms, they even had tornado warnings and everything – the entire state lost electricity.  The memes about SA being the first state to ever reach zero emissions are a bit amusing, but also not accurate as I know at least one friend had a generator going.  Sorry about that.

The weather from there has, of course, drifted east over the border into my state and my region just happens to be that peak area where the weather only starts to dissipate as it leaves us.  So that’s fun.

My poor roof barely made it through a harsh autumn in May, I don’t know how my house is still intact I have to admit.  And really, it actually feels more like April/May weather right now.  It truly feels like mid to late autumn, with this tumultuous weather that changes every second.  One warm sunny day here and then that night it’s so cold you might think it’s about to snow.  But no, it’s just going to rain, heavily.  And it will continue raining for a week, before a mild but cloudy day.  It really is way easier to feel the upcoming Halloween, and even relate to its autumn symbolism, than it is to feel Beltane.

I think the northern states of Aus are having better weather, though I have seen a few weather warnings for parts of New South Wales, so maybe they too are having a harsher than usual October.  I wonder if I am the only one feeling this lack of spring, lack of Beltane-ness.  Is it like this for others in Aus right now? Is it everywhere, or just in my general region, or just in a few regions?  Does it feel like, this year maybe we should all be doing the northern hemisphere dates?

It’s been a long dark half of the year, we are finally getting into the light half now, daylight savings even started for some of us last week.  It’s been a long dark period, my heart and mind and even my body feel heavy with the darkness of these past months.  I so crave the lightness and warmth, the glow of spring and summer and Beltane.

Where are you Beltane? 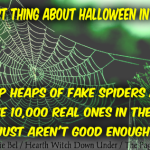 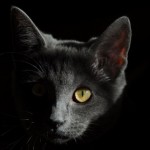