Heathen Ways to Celebrate the Fall

Heathen holidays can get pretty confusing. There’s a lot of them, they have several different names in different languages, and generally happen without a set schedule. Coming from Paganism with its handy Wheel of the Year, newer Heathens have a lot to sort through when trying to decide which holidays to celebrate. Hopefully this list can clear up Autumn’s holy days, and get you back into the spirit of celebration!

1) Lammas. This is the traditional wheat harvest of England! Referenced several times in the Anglo-Saxon Chronicles, its name comes from the word Hlaefmaest, which means literally the “loaf-feast”. Since its existence was written and recorded, it has been held on August 1st; but there is some evidence it would have originally been celebrated on the full moon that marked the middle of the Anglo-Saxon lunar month Weodmonath.

Celebrating this holiday would traditionally involve wheat and the products of wheat: flour and bread! Baking and offering bread or cakes to your Gods, spirits, and community is a fantastic way to get in the spirit of the holiday. It was called the “feast of first fruits” in ancient times – a time to celebrate the first gifts of the earth.

2) Freyfaxi. Freyfaxi is the holiday of first fruits in Asatru. It is named for a horse dedicated to Frey (in a rather complicated and tragic tale unrelated to the harvest). On this day, many recall the tale of Frey’s procession through the countryside in a wagon with a priestess at His side, blessing the fields and encouraging a good harvest. As the God of sunshine and rain, it is fitting to give thanks to Frey when the plants He nourished come to fruit.

Freyfaxi is usually celebrated around August 1st in modern times, officially codified by the calendar of the Asatru Free Assembly in 1974. Like many Heathen holidays, though, it may be better celebrated at the time when the harvest is beginning in your local area. On this day, those of a more reconstructionist bent may celebrate by parading an icon of Frey around their fields or gardens. Others may choose to leave the first fruits of the harvest as an offering to Him.

3) Haustblot, Alfablot, and other Local Holidays. These holidays are a bit more local, more personal, and consequently much fuzzier on when they should be celebrated. Many Heathens will celebrate them around the time of the Autumnal equinox, but many living in warmer climes with earlier harvests will celebrate them earlier in the year.

Haustblot and Alfablot are represented in the lore as very personal celebrations; in fact the most information we have comes from the Austrfaravisr, where the narrator is turned away from several farmsteads all celebrating their own sacrifice. That this sacrifice would be so personal that it justified the denial of hospitality marks it as incredibly important.

It’s possible these holidays are so personal because they involve celebrating one’s immediate and local spirits; land wights for the farms and those dependent on the land, and perhaps even house wights for those who are not as involved in their local land. A great way to celebrate would be a meal shared among family, with a place set and some left for the spirits of your house and yard. 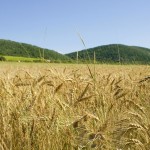 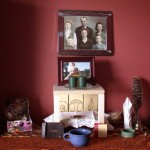 July 27, 2015 Tea Time with my Ancestors
Browse Our Archives
Related posts from Heathen at Heart