I’ve never been a Roman recon or honored any deities originating farther south than Germany and England, but I must admit I’m a little obsessed with Janus and everything that He represents. A deity just for doorways? Weird. And awesome.

Boundaries, and the thresholds where these boundaries meet, is a recurring theme in Indo-European lore and mythology. Both Celtic and Germanic sources speak of rituals where people parade objects around the boundary of farmland, of the home, of the town, to bless these spaces. Establishing the boundary is seen as a sacred act.

I often wonder about the implications of these rituals when considering the story of the walling of Asgard. Told in the Gylfaginning of the Prose Edda and the Völuspá of the Poetic Edda, the tale recounts a giant who comes to Asgard, offering to build an impenetrable wall around it in exchange for the hand of Freya, and the sun and the moon. The Gods give him a time limit that seems impossible, but the giant comes close to completing his task. Loki is sent to stop him and succeeds – and for the giant’s “failure”, Thor kills him with his hammer. Of course, that’s a very concise version, but it’s the very beginning that’s of interest to me.

The being that walls and encircles Asgard, certainly a holy and protective function, is not one of the Aesir. The threshold of the home of the Gods is not established by its inhabitants or a sacred, appointed spirit – instead, it is built by a giant, a member of the apparent “savage” race that the Gods are trying to keep out.

There’s no evidence either here or in later writings that the giant is attempting to trick the Aesir with shoddy building or a hidden door so he can later attack – he is the honorable one in this exchange, serving a sacred function for the Gods who unfortunately prove themselves dishonorable by tricking and killing him.

Another Jotun, a giantess named Gerd, is said to have married the God Freyr and is listed by Snorri as one of the Asynjur. The etymology of Her name is an interesting one, with many concluding it means either ‘walled field’ or that it simply denotes the action of walling (from Rudolf Simek’s Dictionary of Northern Mythology).

How fascinating that She also is so linked to this bounding of space, separating the inside from the outside, while She is really a product of both. A Jotun and a Goddess, with one foot in both worlds, it is She who marks the edges, and keeps them safe. While of course I honor Gerd in my garden, I see Her also as a deity of these boundaries, and I offer to Her when I ward my doorways and the edges of my land.

It’s clear that doorways and boundaries were very important to the ancient Indo-European peoples. How interesting that two spirits strongly associated with these boundaries are giants, so often overlooked or even maligned in modern Heathenry.

If these walls and protective enclosures are really designed to keep the giants out, why is it that giants are the ones building them? Are they such better craftsmen than the Aesir? Or is there some quality they possess, a liminality by virtue of being outside the world of carefully-planned civilization, that makes them exceptional at walking the boundaries? 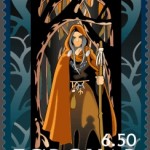 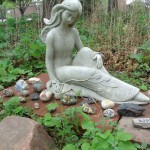 August 7, 2015 Why I am Still a Heathen
Browse Our Archives
get the latest from
Pagan
Sign up for our newsletter
POPULAR AT PATHEOS Pagan
1

An’ it Harm None, Do What...
Beneath the Moon
Related posts from Heathen at Heart 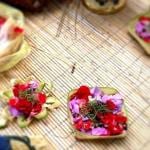