Contrary to the shouted statements of many supposed “reconstructionists” who actively malign mysticism and magic, our Heathen lore is full of examples of priestesses and prophets using their powers and serving their community. In this series Mystical, Magical Heathenry, I’ll touch on several of these stories; but I’ll start with my favorite: The Saga of Erik the Red.

Most famous for the hero Lief Erikson and his discovery of Newfoundland, there is much more to be found within these pages. Written sometime during the 13th century, the fourth chapter of this work weaves a marvellous tale of Thorbjorg, a prophetess in a Greenland settlement.

Her title is Spae-Queen, which Sephton translates as prophetess; and she is given the nickname Litilvolva, or little volva. She is one of nine sisters, the rest of whom have died, and all of which were volvas themselves. The Saga tells us that it was her wont to visit various farms and homesteads during the winter time, as she was invited by those curious to know the future.

It seems she was a well-to-do woman; the Saga goes on at great length about the quality of her clothes, the gems on her staff, the soft fur on her gloves. She is well cared for by the people she serves. When she is invited to Thorkell’s farmstead, he and all the men present greet her warmly, and she is fed an amazing array of foods. Everyone present treats her with respect.

The evening of the next day, she begins preparation for her rituals. A scaffold is erected for her, and on it is placed a seat; perhaps in imitation of Odinn’s high seat from which he sees all that happens in the world. Around it, the women of the farmstead form a circle.

Interestingly, the spae-queen herself requires a certain song that can call the spirits by nature of its beauty and enchantment. There is only one woman present who can perform this song, and as a Christian, Gudrid is reluctant to do so. The owner of the farmstead urges her to sing, and the Saga goes on to say it was the most beautiful rendition anyone present had ever heard.

The spirits seem to agree, and Thorbjorg is able to converse with them at length and learn many secrets that would otherwise not have been revealed. She prophesied that Gudrid would make a good marriage, and from there go to Iceland and raise many descendants that would bring honor to her family. She also gives many other predictions to those present, and the Saga goes on to say that all she predicted turned out true.

The concrete reality of the volva and her visions seems apparent to these long-ago Greenlanders, none of whom seem to bat an eye at the ritual performed by Thorbjorg. There is no question in the narrative of her communication with the spirits; in fact, the author of the saga specifically notes the truthfulness of her predictions.

Her community does not cast her out for performing these mystic enchantments; but instead they celebrate her and her contribution, giving her respect and the kind of treatment royalty might receive. These are rather ancient heathens, written about more than 700 years ago, perhaps among the last few generations of open practice before Christianity became firmly entrenched in the land.

In at least one part of Northern Europe and Germanic culture (though there are several other examples this series will discuss), there was a magic-worker who was highly prized in her community. She is appreciated and lauded for her skills. The next time you find yourself defending the mystic side of Heathenry to a Heathen history buff, pull out The Saga of Erik the Red and let them read about the way these people were really viewed by their community. 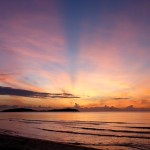 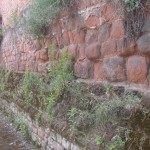