Comparing Cultures and Coming Out Stronger

If I had to make a list of my favorite things about ADF, it would be a difficult endeavor. There’s a whole lot I’d want to mention! But one of my absolute favorites parts of the organization is their emphasis on understanding many facets of Indo-European culture; from the Germanic tribes to the early Vedic hymn-writers. 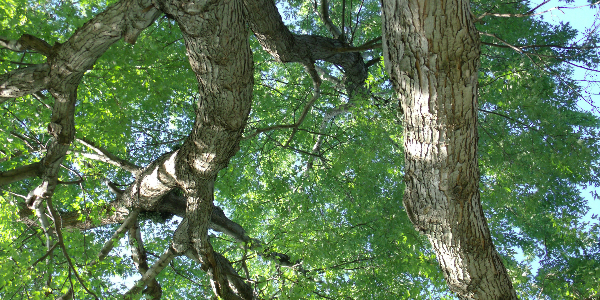 My local ADF group, Prairie Shadow Grove, has a pan-Indo-European focus, which means we generally focus on different IE cultures for each of our meetings and rituals. Some things are steady – at the winter solstice we honor Sunna’s return, in late October we offer primarily to our beloved dead, and around the autumn equinox we hold a ritual in honor of the spirits of nature.

This year, I’ve been tasked with writing the equinox rite, and I’m pretty excited about it. Though it is to honor the spirits of the land around us, beings and deities I normally interact with in a Heathen context, I am writing this ritual with a Celtic framework in mind.

It’s an interesting exercise in stretching my mind, and pushing me a little outside my comfort zone – I’ve spent a lot of time this week researching the Fae, and I’m sure I will invest plenty more before I’m ready to share the outcome with my Grove mates for edits and suggestions.

Similarly, as I work on some of my courses for ADF’s Initiate Program, I have been asked to read a lot of sources that aren’t directly relevant to me, my practice, or even to Heathenry. And though sometimes I sigh when digging into Arcana Mundi,  this more well-rounded view is helping me to become more secure in my own beliefs and practices.

I love that ADF asks this cultural stretching and cross-examination from anyone working on the higher lever study programs. First, I believe strongly in Isaac Bonewits’ vision of a clergy that can be called on to serve in many parts of the Pagan community. For many areas with denser Pagan populations this might not be as big a deal, but in my little Midwestern corner of the world you’re not going to find a specifically Roman priest to officiate at your Religio Romana wedding.

There needs to be a skilled and knowledgeable population of people that are able to ritual work, spirit work, and other clergy tasks outside of the bounds of their specific tradition. The Senior Druid in our Grove (and the only ADF priest in Nebraska!), Rev. Amber Doty, is Greek-oriented and doesn’t regularly interact with Germanic deities; but if she says something about Heathen religion you bet I’m listening to her and pondering her points.

Not only is it a practical numbers game in areas with a small Pagan population, but I really believe this cross-cultural learning exchange can do a great deal to further my understanding of my own path. Reading how the Greeks felt about magic (spoiler alert: lots of different ways), or about personified sacred fire of Vedic tradition, sparks lines of thought that might never come to be when looking at explicitly Germanic sources.

All of the Indo-European pagan religions came from the same source; and even after they diverged from that singular religion, cross-cultural borrowing and exchange (and theft!) were happening all of the time. Of course I’m not arguing that one can take information from another culture and insert it whole-cloth into the missing bits of ancient Heathenry; but it encourages exploring those areas, asking those questions.

I want to know why there is no God of the sacred fire in our extant Heathen lore – was it a proto-Indo-European concept that the Norse left by the wayside, or a later idea that grew in Vedic religion? Or were they honored in some ancient Germanic tribes that went unrecorded?

I may never know the answers to these questions – or I may stumble upon an answer next week. But asking them forces me to learn more, and in the learning I hone my own practices and relationships with the amcestors, Gods and spirits that I honor. 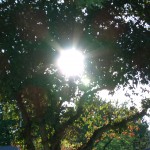 September 11, 2015 Watching the Midnight Flame
Browse Our Archives
Follow Us!