Yule is More than the Returning Light

Yule is More than the Returning Light December 15, 2015 Molly Khan

I’ve been to many a Yule ritual at this point in my Heathen life. I’ll be attending four this season, which is actually a slow year for me. I find each year that the vast majority of rituals focus on the return of the sun and its light to the world. It’s a fitting theme, and one that resonates strongly with me – the dark days affect me strongly, and I am always overjoyed to find the sun rising earlier in the morning in early January.

But it is not the be-all, end-all of Yule customs and celebrations. We have in the Sagas and in an early Anglo-Saxon source a fair number of records of solstice celebrations, and none that I am familiar with mentions the sun or light. For those Heathens looking for a little more variety in their Yule experience, I think there is a wealth of possibilities to be explored here.

The first example we have comes from The Saga of Hakon the Good, where a ceremony that sounds much like a modern Sumbel is described. Several goblets (and a lot of sacrificial meat) were blessed by the chief who was hosting the feast. The first goblet was drunk as a toast to Odin and to the power of the king, and a second was drunk for both Njord and Freyr to ensure peace and a good season (there’s a reason I love the Vanic deities).

After these toasts were made, a third goblet was drunk that many of those present would make vows over, much like our modern third Sumbel round of oaths and boasts. The last goblet was called the remembrance goblet, and was drunk as a toast to departed friends.

In that simple description, we have a great deal of material to work with in modern rituals to both continue some of the traditions of our spiritual ancestors and to create a vibrant, living tradition. Large, all-encompassing rituals like a special seasonal Sumbel are certainly a possibility, but creating rituals with a tighter focus or more intimate setting is also easily done.

Imagine a Yule ritual honoring Odin, and calling for blessings of wisdom and discernment on our local community leaders and politicians. This could be modified also to ask the Gods to grant large boons or great resources on our spiritual leaders as well, whether that’s a local Godhi or the Steersman of the Troth.

Imagine a solstice night celebration focused on Njord and Freyr. Though many Pagans recognize Samhain as their spiritual new year, I’ve always considered Yule to be the start of new beginnings for me. Thank Them once again for all the bounty that you were blessed with in the old year, and give great offerings and call for blessings on the entirety of the new year to come.

Peace and good seasons are almost universally good things to ask for, ideas that anyone can get behind – this may be a particularly good choice for a Yule event that will be more pan-Pagan in nature, or that will have people of other faiths present as well. I am currently working on a ritual that gives these two powerful deities the honor They were historically due at this time, hopefully you’ll see it at the end of this week!

I am intrigued by the idea of the goblet of vows, and a rather unconventional ritual focusing on it is in the process of coming together in my head. Again recognizing the concept of a Heathen new year, why not also incorporate some of our modern culture, things that many of us will be doing at this time of year anyway?

Imagine a Yule ritual with a focus on new year’s resolutions; except instead of pointless promises that are abandoned two weeks into the year, these are powerful vows with the backing of a spiritual entity. An ancestor, spirit, or deity is called to witness the vows (each one by each individual, who would also give Them a suitable offering). Such a thing would require a fair amount of preparation and planning by anyone who would like to participate, but it has the potential to create incredibly strong bonds and powerful experiences.

Finally, there is the possibility of a ritual dedicated to the memory of departed friends. I find it interesting that the Saga writer does not mention ancestors specifically, but instead talks about friendship – this tells me that a certain amount of fond memories and closeness is an important element here.

As Heathens, we often honor our ancestors; but I have never heard of a Heathen ritual or Sumbel dedicated specifically to friends that have passed on. I think this could be good for any community; but particularly in one (like my own) where there has been a year with many passings and a great deal of mourning. It can be very helpful to process that loss as a community, especially within the frame of “departed friends” rather than “ancestors”.

So there’s four ideas for a solstice ritual that doesn’t revolve around the returning sun, and that’s just from one Saga! I have a few more up my sleeve that I’ll be sharing before Yule comes around. I love that the sun and the light are coming back, I honor Sunna every morning in my personal practice, but I would like to attend at least one solstice ritual next year that isn’t all about lighting candles together! 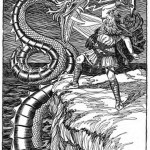 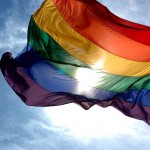 February 6, 2017 The Power of Hope and Change
Browse Our Archives
get the latest from
Pagan
Sign up for our newsletter
POPULAR AT PATHEOS Pagan
1

WitchCraft Cocktails: Persephone's Descent
Through the Grapevine
Related posts from Heathen at Heart