Love One Another – Or Not

Valentine’s Day is almost upon us. That magical time when half of America is searching frantically for a special gift for their significant other, and the other half is busy bemoaning the ridiculousness of a holiday supposedly invented to sell greeting cards and chocolate.

I am a preschool teacher by day, and the walls of my classroom are currently covered in red, pink, and purple hearts. As I attempt to teach my students not only basic numbers and letters, but also how to get along with one another in social situations, I’ve been thinking about that incredibly complicated word: Love.

“Love one another”. It’s one of those quotes that gets pounded into children of religious Christian families through endless repetition. Much like the truism of “turn the other cheek”, it represents a way of dealing with the world that was extremely radical for its time, and seems to be so in our modern times as well. I’ve seen many of my progressive Christian friends posting memes about the behavior of ‘true’ Christians; challenging one another to be more Christ-like, to love one another more and more fiercely.

Heathenry, to my knowledge, has no such equivalent phrase. There is no call to action, no religious mandate behind the protection of all human rights. In fact, in some Heathen circles, I have seen efforts to protect and raise up others maligned and dismissed as “Christian baggage”. Historical Heathenry was focused on one’s family and one’s tribe, certainly not on raising the condition of humanity as a whole.

But our world is very different than the one in which the Germanic Gods were originally worshipped. Tribal lines have been completely obliterated for most, and even the boundaries of family have become very blurry. Instant communication with anyone anywhere in the world has raised our awareness of the experiences of people very different from us.

In addition to self-identifying as a Heathen, I wear a lot of religious and spiritual hats in my community. I am a frequently-attending friend of the local Unitarian Universalist congregation; and I hold their seven principles in high esteem. The first of these is the affirmation of the inherent worth and dignity of every person. This is not a sentiment I see reflected in the Eddas or the Sagas, but it is an idea I find very meaningful to me, and is essential to the way I view human relations.

For me, it creates a conundrum. There are parts of my worldview that are not influenced by my religion, but instead come from a deep-seated sense of morality. While surely influenced by the broader culture in which I was raised, it’s safe to say it’s not Christian baggage. I’m sure the founders of the Evangelical movement would be rolling over in their graves at my stances on the rights of people of color, LGBTQ people, women, and followers of religions other than Christianity.

But just as these moral stances do not come from my childhood religion, many do not spring from my Heathenry either. At no point in the Eddas is there a sweet moral tale about how Brunhilde with darker skin and Erik with lighter skin have cute little babies and no one is bothered by that. Cross-dressing is treated with a lot of humor, as in the story of Thor the bride, but in my opinion He’s pretty clearly not either gay or transgender. I love how Njord stands up for Freyja in the Lokasenna after Loki accuses Her of sleeping around, but that story is not why I believe in sexual freedom.

As I tease this issue out, however, I realize that I am falling into one of the traps of being raised in a Christian culture – I am looking to the Lore as a sort of Heathen Bible, one in which all moral questions should be answered. But that’s not how Paganism of any stripe works. When presented with moral quandaries I find unanswerable, I seek the advice of my Ancestors, my Gods, or the local wights; I don’t leaf through the Prose Edda.

My sense of right and wrong is one of conversation, of understanding, of working towards a mutually agreeable solution. It’s certainly not a black and white view of the world. It’s not always following the advice of deities or spirits, either. In the end, whether our guidance comes from a book or through personal gnosis, it’s still up to us to wrestle with that advice and decide what kind of world we want to see. Me, I’d like to see one in which we all love one another a little bit more. 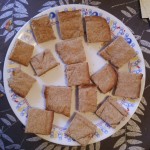 February 20, 2017 A Ritual for the Charming of the Plow
Browse Our Archives
get the latest from
Pagan
Sign up for our newsletter
POPULAR AT PATHEOS Pagan
1