Welcoming Children (And Their Parents) To Ritual 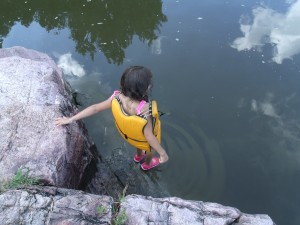 I must admit to being a bit baffled by the current debate on whether or not Pagan groups should work to accommodate children and parents. Growing up an evangelical Protestant, religion was absolutely a family affair. My brothers and I went with my mother to church every single Sunday. That my dad, an atheist, preferred not to attend was a source of constant struggle.

I’m also pretty young, just turning thirty this year. Though I came to Paganism as a young high school student, I started out by reading Wicca for the Solitary Practitioner, not by formally learning in an oathbound Wiccan coven. From what I understand, the desire to keep Paganism adults-only largely comes from those who prefer their spirituality to be a private, secretive, sometimes adult-themed religion. I can understand that, and I think there’s a place for it in the broader Pagan community; but I certainly don’t think it’s a defining factor of Paganism.

The truth is, I didn’t start becoming involved in group Paganism until I had already had two children. My oldest was beginning to be interested in what I did, and I wanted to show her that I wasn’t the only one who talked to trees or left offerings in the garden. I began attending a local Wiccan coven, a Heathen study group, and joined Ár nDraíocht Féin; all three of which had their own powerful impacts on my spirituality. But it’s ADF that most impacted my philosophy of ritual, especially where children are concerned.

ADF practices a policy of completely open, public ritual. Each Grove or Protogrove ideally holds eight public rituals each year, with no exclusions – that means children occasionally show up. My local Grove, Prairie Shadow, frequently gets questions about kids on our facebook page. Are they welcome? Do any attend? I know exactly what these parents are thinking as they post these questions. Am I going to be the only one there trying to manage a toddler? Do these people have any idea what they’re getting in to?

I am a mother of four. My kids are pretty well-behaved; there’s a minimum of whining, crying, or complete out-of-control-ness when we show up for ritual. But when I first started showing up to Pagan events in my area I was the only one bringing kids with me; and as far as I knew I was the only one with kids at all. It’s nerve-wracking to be a parent in that situation. I don’t want to disrupt anyone’s experience, just as much as others don’t want their experience disrupted. I know that kids, even well-behaved kids, are often messy and loud and distracting. It’s in their nature.

But I want my children to experience Paganism. Not just learn about it – it’s true that they can do that in a number of ways that don’t involve ritual. And not just experience it with me, either. We do our family-oriented spiritual stuff and it’s good and it’s powerful; but it is not the same as joining in a ritual with forty other people. Then it takes on real seriousness in the eyes of a young child. My nine year old may start to think I’m a little silly when I get to talking about my relationship to the spirits in the world around us; but hearing many voices share their varied experiences with each other has a validating effect.

My three oldest children have Pakistani ancestry on their father’s side, and they know this. At home, we use words from his native language, we talk about religious traditions practiced by his side of the family, and we do fun things like feasting on nights during Ramadan. But that heritage is never more real to them than when they are able to get dressed up in their best Pakistani clothes and go to a big community party. There’s lots of people, beautiful colors and clothes, delicious native dishes, Urdu being spoken; a whole community of people coming together to celebrating in a way that is unique and special. That is where real learning lies, that is where they begin to get a sense of themselves and where they, and their family, fit in to the world. 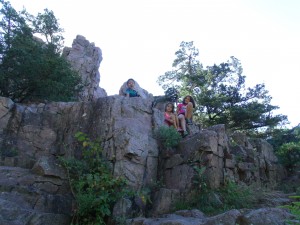 I believe Pagan gatherings are much the same. My children do not live a sheltered life; they attend school with their mostly white, mostly Christian peers. They know what the cultural norms of religion are, and that they are very different from what I practice. In my opinion, they will never get that sense of being part of a community larger than themselves unless they are allowed to participate in that community – not just as tolerated observers, but as guests just as welcome as their older counterparts.

One of ADF’s most prominent virtues is Hospitality. To me, that means not just welcoming in all who wish to participate and contribute; but that we must give everyone the opportunity to contribute, and thus to feel welcome. At Prairie Shadow Grove rites, the son of our Senior Druid often pours the offerings. My oldest child has read invocations to spirits, and regularly makes her own offerings and prayers during the ritual bit where everyone is invited to do so.

My local Wiccan circle, which is also awesome at offering open to the public rituals every full moon, is exploring starting up a children’s group. I’m part of the effort, and I’ve recommended that (in general) we meet during the discussion part of the evening; the part where the adults are processing what the ritual means to them or what they wish to accomplish. I believe this portion will definitely be better served having a separate kid-focused group, as children will absorb and process that information very differently. But the ritual itself, the doing, that is something that in my opinion – barring any dangerous or sexual magickal workings – children ought to be welcomed to participate in. 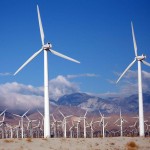 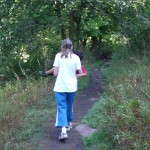 March 8, 2017 It's Not Wrong to Set Standards for Kids
Browse Our Archives
Related posts from Heathen at Heart