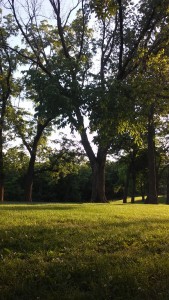 Over the past few years, I’ve been lucky enough to attend a fair amount of Pagan festivals. I’ve been to pan-Pagan and Ár nDraíocht Féin specific events, but this past weekend I was able to attend my first Heathen festival.

Trothmoot 2017, put on by international Heathen organization The Troth, was a rather low-key affair. From what I understand, the event rotates from east to west coast to the middle of the country; this year we were at the beautiful Crowder State Park in Missouri. There’s just not as many people out here in the Midwest, and so it was a smaller event.

Of course, since we were staying in bunkhouse cabins and not tents, the weather was wonderful and didn’t rain a drop all weekend. The workshops were incredibly informative and I am so thankful to have been there to hear them. 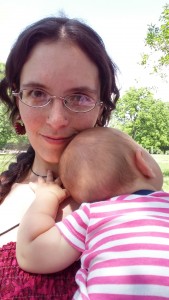 My favorite was hearing about Urglaawe from Rob Schreiwer, a leader in the tradition and Steersman of the Troth. Based around the traditions and myths of the Pennsylvania Deitsch, the tradition is fascinating. I learned about Germanic constellations and the Old Norse language from Ben Waggoner (a prolific translator for the Troth). Alvilldr Infägra, author of Sheathenry, presented on the ancestral practices of modern Heathen women. 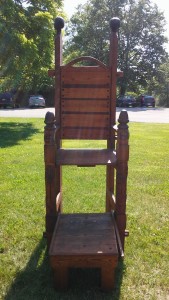 The wonderful caliber of the workshops was one of my favorite things about this festival. If there’s one thing Heathens are good at, it’s building and transmitting knowledge. All that book-learning has to be good for something!

Trothmoot is also the host to the Troth’s annual business meeting, as well as several other smaller meetings of committees within the group. It was a long meeting, but interesting – questions were raised and debates had that were much more civil and productive than typical online discussion. Many of the members of the High Rede, the Troth’s governing body, were present. I appreciated hearing their views and experiences, and their visions for the future of the organization.

On Saturday was the traditional blot to Idunna, a lovely tradition somewhat similar to the Unitarian Universalist’s water communion. Many people brought water from their local areas, which was combined and blessed before being given to the land. Later that night was the Grand Sumbel, which this year was a typical sumbel in three-round format. 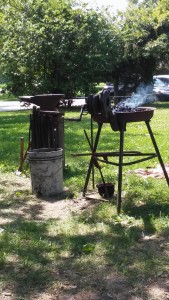 Add to that the other thing Heathens are known for – hospitality. I attended with a good friend of mine and my youngest daughter, and though I’d never met anyone there before, we were completely welcomed. My youngest is often the hit of parties and gatherings (she’s just so darn cute!) but at Trothmoot she was happily welcomed at workshops and rituals, baby noises and all. The food was amazing, and the cook was incredibly sweet; even at 6:30 in the morning when I drug my butt out of bed to help make breakfast!

Overall, I had a wonderful time, and really enjoyed getting to know fellow Heathens from outside my area. I’ve been inspired to get something more started in the local area as well. That is one of my favorite parts about getting away to festivals. It’s rejuvenating, and all the ideas and information that I come away with inspires me to reach higher in my personal life and with my engagement in the community. 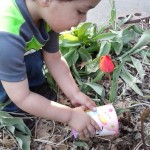 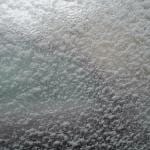 February 1, 2019 A Heathen Imbolc
Browse Our Archives
Related posts from Heathen at Heart