A Heathen’s Guide to Moving House 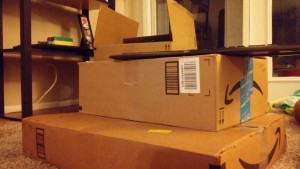 The past couple of months have been a rather grueling time. I knew moving an entire household would be difficult work, but I wasn’t prepared for just how long the process would drag on. There are still boxes of non-essential items littering my living room and hallway as I try to find ‘a place for everything and everything in its place’.

There were many little bumps along the way; situations I hadn’t foreseen or planned for. Lots of these were, of course, mundane considerations. How exactly do you pack boxes of clothes for five people and then continue to wear clean clothes each day until those boxes are finally unpacked? Exactly how many boxes of books will my friends carry up three flights of stairs? But many of these questions came from my spiritual practice, and specifically my religious items.

We’ve all heard the jokes about Pagans being a bunch of magpies, and Heathens generally have a fair amount of their own religious ‘bling’. I am no exception. A certain amount of that is our consumerist culture, but I think much of it also stems from the inherent physicality of our religions. For many Christians, a bible is a bible is a bible, and it is holy in the same way as any other bible. Our religions are very different. 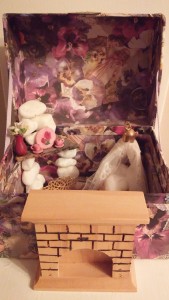 A necklace I dedicated and gave to Freyja, a statue of Nerthus that has been processed around my land many years in a row, my great grandfather’s tie clip: these things are sacred to me in a way that no other necklace, statue, or tie clip can claim. They cannot be replaced if they are broken or lost, and even packing them in boxes feels as if it should be done with a certain amount of reverence. I can’t just pull them off the altar and toss them in a box with my mounds of craft supplies or instrument cables.

For most Heathens, these altar items are only one aspect of moving from one place to another. Land wights and house spirits must also be considered. Some Heathens believe their house wights move with them from home to home; others believe that each home has its own wights that it is helpful to establish a reciprocal relationship with. Personally, I come from a home where my mother and grandmother often talked about the spirit of the house – or as my mother came to call it later, the house’s personality.

I am inclined to feel that each place has its own distinct personality and wight, intrinsically tied to that place and generally unmoving. So leaving my old home means not only leaving behind the sights and spirits of familiar trees, flowers, and wildlife; but also the spirit of the building itself. Making myself a home in a new place means that I must get to know the wights that dwell there, become comfortable with them and allow them to get to know me. 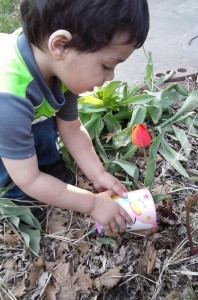 With all that said, I have some suggestions for moving house as a Heathen, hopefully without forgetting to honor any of the spirits involved in the process.

And there you have it! I can’t come and pack boxes for anyone (at least not until mine are unpacked) but hopefully you can avoid any unforeseen spiritual hiccups by giving some consideration to the sacred things and the spirits that surround us. 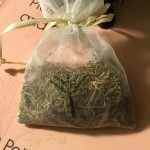 March 28, 2017
Simple Protection Charm for Everyday Use
Next Post 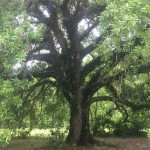