Commemorating the anniversary of the liberation of the German Auschwitz Concentration Camp in Poland on January 27, 1945, is important. But remembering why it happened, and ignoring ongoing attempts to eradicate Jews is more important.

Internationally, eradicating Jews and Israel is integral to Islam. Muslims believe, according to the Qur’an, that worldwide Islamic rule will only occur once Israel is destroyed and Babylon is rebuilt. Which is why enforcing a worldwide holocaust of Jews is not optional. It is required.

Muhammad created the precedent for Muslims to target, steal from, and kill Jews. In 622 AD, known as “the year of Hijra,” Muhammad fled from Mecca to Medina, establishing Islam’s political and military identity.

Muhammad’s first razzias (raids) were against Jewish caravans traveling to Syria. First, he neutralized the Jewish tribe of Bani Qaynuqa after the battle of Badr.

Next he targeted the Bani Nadir tribe, which he ordered into exile, after disarming them, confiscating their weapons and armor. Then he turned to the Jewish tribe of Medina, the Bani Quraiza. While the two previous Jewish tribes were exiled, the Quraiza suffered a different fate.

According to the Ibn Ishaq Sira on the life of Muhammad, after the Quraiza surrendered, Muhammad confined them to an area of the city, went to Medina’s market and dug trenches. “Then he sent for them and struck off their heads in those trenches as they were brought out to him in batches. There were 600 or 700 in all, though some put the figure as high as 800 or 900.”

The Ishaq’s Sira states in response to asking what would happen to them, the Jews were told,

“‘Will you never understand? Don’t you see the summoner never stops and those who are taken away do not return? By Allah it is death!’ This went on until the Apostle made an end of them.”

In 632 AD, ten years after Muhammad and his followers fled for their lives to Medina, Abu Huraira (Sahih al-Bukhari Vol. 4, Book 52, Numb. 177) states:

“Allah’s Apostle said, ‘The Hour (of the last Judgment) will not be established until you fight with the Jews, and the stone behind which a Jew will be hiding will say, ‘O Muslim! There is a Jew hiding behind me, so kill him.’”

Despite disagreement over who Muhammad’s successor is, the four Sunni Madhhabs (schools of fiqh- religious jurisprudence– the Hanafi, Maliki, Shafi’I, and Hanbali) all agree that Muslims are obligated to wage war against the rest of the world. Jihad can be waged by infiltrating western societies through mass immigration, procreation, creating sharia councils, disregarding western laws, and creating wide-scale crime, to destroy societies from within.

Jihad can also be waged via military advances. Muhammad’s followers left Arabia, invading the Middle East, Africa, Asia, and Europe— in the name of Allah. A relentless wide-scale invasion, destruction, and conquest of Byzantine, Persian, and Western European empires occurred for centuries.

Muslims waging war against non-Muslims since the 7th Century AD are not “fundamentalists,” “extremists,” “fanatics,” or “radical.” They are following Muhammad’s example of violence and brutality.

1400 years ago Muslims conquered what is now modern day Iraq, Iran, Syria, and Turkey, which were previously predominantly pagan, Christian and Jewish regions. Muslims continued advancing throughout North Africa, Spain, France, India, and Russia. It was not until 1095 when Roman Pope Urban II asked for help to liberate cities that had been sacked by Muslims (Rome, Constantinople, Damascus, and Jerusalem) that armies responded.

Today, Muslim oppression, aggression, invasion, violence, and jihad are no different than when first begun by Muhammad. The only question however, is whether world leaders will acknowledge the danger their countries face and have the resolve to prevent another Holocaust from occurring. 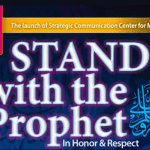 January 28, 2015
A Tale of Two City Protests: Sharia in Dallas vs. Christian Prayer in Baton Rouge
Next Post 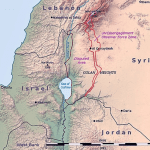 February 4, 2015 The Truth About My Headline-Making Trip to Israel
Browse Our Archives
get the latest from
Evangelical
Sign up for our newsletter
POPULAR AT PATHEOS Evangelical
1

“He refused to be called the...
Cranach
Related posts from Hedgerow