What is Genuine Christianity?

It’s easy to understand why nearly all non-Christians, secularists, and the media misunderstand Christianity. Today, words and their definitions are nearly meaningless because they are used interchangeably to support opposite agendas. Relativism and proof-texting are one means to this end, often justifying the terms people use about themselves and others.

Division among denominations, churches, organizations, and even personalities, advocating their own version of truth certainly hinders non-believers from understanding Christianity.

What is genuine Christianity?

Genuine Christianity is rooted in the historical person and work of Jesus Christ. Jesus’s words and actions communicate God’s unconditional, immeasurable love, and his actions made possible redemption. To know Jesus is to know God; and one’s belief about Jesus yields eternal consequences.

Knowing Jesus is evidenced through a Christian’s commitment to the authority and divine authorship of the Bible as God’s Word, which cannot be altered. (Prov. 30:5-6;2 Tim. 3:15-17; 2 Pet. 1:20-21) Knowing Jesus results in the rejection of false teachings, such as those taught in the Qur’an and the Book of Mormon, among others. Followers of both texts claim their texts add to or correct the Bible, and that the Bible is not enough on its own, or is inaccurate.

Birth, baptism, ethnicity, or culture do not a Christian make. One becomes a Christian only through faith in Jesus Christ, whose grace and imputed righteousness personally transforms believers relationally to him. Such conversion, what Jesus called being “born again,” results in obedience demonstrated through love.

Love is demonstrated through action. Such action has been historically documented in the numerous humanitarian organizations, hospitals, charities, schools, and social reform efforts begun by genuine Christians who transformed societies serving their neighbors. 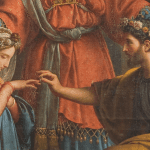 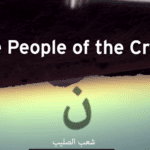 April 29, 2015 The People of the Cross to Muslims, ISIS: Jesus Saves, Brings Hope [video]
Browse Our Archives
get the latest from
Evangelical
Sign up for our newsletter
POPULAR AT PATHEOS Evangelical
1

The SBC Executive Committee Betrays Its Mandate
The Southern Baptist Convention (SBC) is in trouble. The question is: is...
view all Evangelical blogs
Copyright 2008-2021, Patheos. All rights reserved.