The Myth of the ‘Moderate Muslim’ [video]

The Myth of the ‘Moderate Muslim’ [video] January 9, 2016 Bethany Blankley

“When the sacred months are over slay the idolaters wherever you find them. Arrest them, besiege them, and lie in ambush everywhere for them.” – The Quran, Surah 9:5

“When it comes to the global scourge of orthodox Islam, the Western world, which Islamists expressly seek to ‘destroy from within,’ is an upside-down realm wherein objective facts, logic and reason must yield to multiculturalist make-believe, ‘progressive’ propaganda and political correctness run amok,” Matt Barber writes.

“Faithful Muslims want to kill you, and faithless progressives seem all too happy to help them along. Look at the ongoing Muslim invasion of Europe. This progressive paradise, a burgeoning multicultural dystopia, is beginning to look an awful lot like hell on earth.”

He adds, “Fact: Islam is about control.”

Islam means submission, and submission to Allah and the teachings of the Qur’an. The Qur’an instructs those who leave it or reject it to be killed.

“Moderate” and “Muslim” appear to be contradictory terms, according to Islamist Turkish President Recep Tayyip Erdoğan. He has said more than once, “There is no moderate or immoderate Islam. There is only one Islam.”

Additionally, he claims the term “moderate” has been used by the west to weaken Islam.

When asked about the term, “moderate Islam,” Erdoğan stated:

Turkey is not a country where moderate Islam prevails. This expression is wrong. The word Islam is uninflected, it is only Islam. If you say moderate Islam, then an alternative is created, and that is immoderate Islam. As a Muslim, I can’t accept such a concept. Islam rejects extreme concepts. I am not an extreme Muslim. We are Muslims who have found a middle road.

In 2007, he explained, “These descriptions are very ugly, it is offensive and an insult to our religion. There is no moderate or immoderate Islam. Islam is Islam and that’s it.”

“There is no such thing as a radical or moderate form of Islam. You know, a woman is either pregnant or not pregnant. If you abide by Islam, and you follow what is in the Koran and the traditions of the prophet — then, quite frankly, you’d never find anything that I say which does not have Islamic basis.”

Yet according to the Quran there are at least 109 verses instructing its followers wage war against nonbelievers.

The most widely known is Surah 9:5, known as the verse of the sword.

“Unlike nearly all of the Old Testament verses of violence,” observes the Islamic watchdog group, TheReligionOfPeace.com, “the verses of violence in the Quran are mostly open-ended, meaning that they are not restrained by the historical context of the surrounding text.”

According to several polls the group catalogues on its website, the majority of Muslims polled overwhelmingly approve of violence against non-Muslims. Here are just a few: 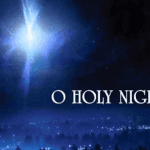 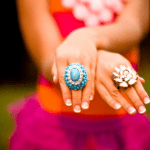 January 30, 2016 Another Lifestyle Choice Emerges: Same-Self Marriage
Browse Our Archives
get the latest from
Hedgerow
Sign up for our newsletter
POPULAR AT PATHEOS Evangelical
1

CRT and The Return to the Old Gods:...
In a previous post, I discussed three features of Critical Race Theory...
view all Evangelical blogs
Copyright 2008-2021, Patheos. All rights reserved.