More Than 3 Million Christians In Iran & Counting Despite Persecution

According to CBN News, in 1994 there were roughly 100,000 Iranians who professed their faith in, and committed to follow Jesus Christ. By 2016 that number grew to 3 million believers.

One Christian named Reza remarked that many became believers, like him, because of a dream or vision they had. He says:

“I had a dream. I had a dream long time back and every time that Jesus was with me. And in all of my life, He was helping me and I didn’t know who was this Person. Suddenly Jesus Christ was over there and He said, ‘Come to Me.’ And I came to that side and He accepted me.”

Living in Iran as a Christian, he says, “It become [sic] [a] problem for my job and my health. They tried to kill me [and] then I start to run away.”

Raizal, Reza’s sister, who also fled Iran, added, “I couldn’t pray [to] God with all my heart because all trouble was there. Even if I say ‘Jesus Christ,’ they may kill me.”

Another, Afshin, attended Pastor Saeed Abedini’s church. After Saeed was arrested in 2012, the church disbanded and Afshin was on the run. He explains,

“As a result, I came out of Iran because day by day it was more difficult and it was more risky for me also.

Now that he’s living in Turkey, he told CBN News:

“I can privilege [speak about] God’s Word to other guys. I can freely praise the Lord. I can easily go to church. It’s completely different.”

Those who stayed in Iran have established houses and Internet communities for fellowship with other believers who are facing intense persecution. They ask other believers to pray for Iranian Christians, whose numbers are multiplying because they are being persecuted for their faith.

Reza has a request of other Christians:

“And I’m just begging, really, from the other believers, from other sisters and brothers from all over the world, to pray for Iran and to all the people of Iran to find new God and be familiar with God, with Jesus Christ.”

[Feature image: Qara Kelissa, West Azarbaijan, Iran. Believed by some to have been first built in 66 AD by Saint Jude. Local Armenians believe that Jude and Simon were buried here. In 1329, the church was reconstructed after an earthquake destroyed the structure in 1319. Copyright: Zereshk, CC BY-SA 3.0, https://commons.wikimedia.org/w/index.php?curid=1174785] 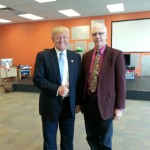 October 21, 2016
A Message From the Heartland: Trump Kept His Promise to One Pastor to Help Free Pastor Saeed
Next Post 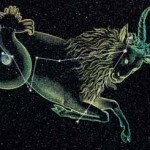 January 8, 2017 January: New Life From Death The Promise of Capricorn
Browse Our Archives
get the latest from
Hedgerow
Sign up for our newsletter
POPULAR AT PATHEOS Evangelical
1