One event ignored by nearly all media this past Christmas was the slaughter of more than 100 mostly Christian Nigerians– and– the razing of 50,000 homes, the destruction of thousands of acres of farmland, and the displacement of roughly 10,000 people in southern Kaduna, Nigeria.

The pre-Christmas season atrocity was just one of many perpetrated by people the government calls, “herdsmen,” who were known to have relentlessly terrorized 25 villages where Christians predominantly live. The government’s response has been and continues to be: nothing.

Which is why it is no coincidence that increased violence directed towards non-Muslims, in particular Christians, stems from a newly enacted Sharia penal law in the northern states of Nigeria. The law encourages Islamists to kill as many non-Muslims as possible.

Sam Omatseye, a columnist for The Nation, wrote in December,

“The Christian Association of Nigeria (CAN) has cried out and the government has seemed unable to stanch or even anticipate the attacks, again and again. Has anyone gone to jail or even been identified publicly? We need answers to these questions.”

102 killed and 500000 houses razed in southern Kaduna. Isn't it time for CAN to use its tithes to buy arms for Christians for self defense?

But it seems that CAN didn’t listen to his suggestion nor to its secretary general six months before these attacks when Rev. Musa Asake advocated in favor of self-defense:

“There is a grand plan to wipe out Christians in this country. If the government is not going to protect us, then we have no choice but to protect ourselves. We will not continue to fold our hands and accept being killed for no reason. Everybody has to defend themselves.”

Three examples (out of many) evidence that Christian pastors in Africa have been using firearms for quite some time.

Sam Childers, the Machine Gun Preacher and founder of Angels of East Africa (AOEA), argues he wouldn’t have been able to save over 1,000 orphans without using weapons. His mission to protect children “when no one else will,” has resulted in him not only rescuing these orphans from a life of starvation, disease, or enslaved child soldiers, but also enabling them to live, work, and go to school safely in a well-guarded village.

Missionary Charl van Wyk and founding member of Gun Owners of South Africa, argues self-defense is necessary inside church walls in his best-selling book, Shooting Back: The Right and Duty of Self-Defense. He describes how one man saved many lives during the St. James Massacre because he used his gun to stop a terrorist attack on congregants who were unarmed and praying.

After the 2015 execution-style massacre of 150 Christian students in Garissa, Kenya, churches began hiring armed guards to protect their flock. Since “these attackers are targeting Christians,” Willybard Lagho, a Mombasa-based catholic priest and chairman of the Coast Interfaith Council of Clerics (CISS), told Reuters such security measures were necessary. Christians make up 83 percent of Kenya’s 44 million people, yet they are the primary targets of attacks.

In America, a growing number of churches are hiring armed security guards after an increased number of attacks against Christians occurred during the Obama administration.

In Colorado Springs, Colorado, New Life Church hired uniformed police officers and an armed safety team, including Special Forces volunteers from nearby military bases to patrol its 30-acre campus. Its pastor, Brady Boyd, reasons: “I love the people that I pastor. I want to protect them.”

Dallas, Texas-based pastor, Dr. Gary Cass, takes this position further. He argues all Christians, not just pastors or security guards, should be armed. Self-defense is a God-given responsibility and is biblically sound. He told attendees at a 2012 Deliver Us From Evil Conference:

“You can’t be a Christian if you don’t own a gun. How can you protect yourself, your family, or your neighbor if you don’t have a gun? If I’m supposed to love my neighbor, and I can’t protect him, what good am I?”

The Rev. Martin Luther King Jr. agreed in practice, viewing violence against Christians as an opportunity to bear witness to God’s love. He argued, “The end of violence or the aftermath of violence is bitterness. The aftermath of nonviolence is reconciliation and the creation of a beloved community.”

Yet, 49 years after his murder more Black Americans support legally carrying guns for self-defense. One Black church in Minneapolis, Minnesota, made headline news when its members emphasized the importance of being armed and explained why they utilize a trained security team who have concealed carry licenses.

To be sure, criminals may respond to a Christian “turning the other cheek” with remorse. After all, nothing is impossible with God.

But, wasn’t it the shepherd’s responsibility to guard his sheep? And, isn’t Jesus returning with a sword to avenge his people and judge the living and the dead?

Evangelical stalwart, John Piper, clarifies that context is key. In a 2015 article, “Should Christians Be Encouraged To Arm Themselves?” he offered nine reasons to clarify the attitude Christians should have about violence. He wrote:

“The issue is about the whole tenor and focus and demeanor and heart-attitude of the Christian life. Does it accord with the New Testament to encourage the attitude that says, ‘I have the power to kill you in my pocket, so don’t mess with me?’ My answer is, No.”

What is clear in both Africa and America– is that self-defense never occurs in a vacuum. And, it’s not the sole course of action. Those armed with weapons are also next to those armed solely with prayer. Prayer warriors have literally transformed rioted ruined neighborhoods into communities of revival.

To this point, Bishop John Praise of Dominion Chapel International Church in Abuja, Nigeria (Northern Nigeria) offers insight. His entire 2010 interview is worth reading, which occurred when many Christians expressed exasperation towards CAN and the Nigerian government for their inaction and non-response to Christian persecution.

“Somebody said Christians should not be violent. We have not been violent. We are peaceful loving and accommodating. The only time we stood up is to defend ourselves even then we did not carry weapons. In the north, no Christian has ever provoked any Muslim. If we respond, it was in self-defense.”

One fact Praise pointed out is that Christianity GREW in Nigeria [over the last four decades]—despite persecution– because Christians defended it. He said:

“We have many Christians in that part of the North [Southern Kaduna] because [jihadists] could not penetrate it. The people resisted him. Our people are warriors. But when Christianity came through the missionaries, the Southern Interior Movement, they did a lot of work in evangelizing the people and bringing them to Christ.”

Ultimately, Praise reminds all believers that their assurance, in life and death, is what pastors must emphasize:

“… ministers should be encouraged to preach the undiluted word and ultimately we should allow God to have His way in terms of helping people to live for Him.” 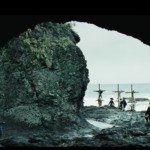 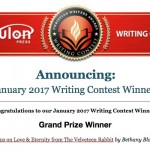 January 18, 2017 Lessons on Love & Eternity from The Velveteen Rabbit
Browse Our Archives
get the latest from
Hedgerow
Sign up for our newsletter
POPULAR AT PATHEOS Evangelical
1

The surprising facts about why atheists...
Unbelievable?
Related posts from Hedgerow

Thanksgiving and the 1620 Project
It wasn't the Virginia slave ship in 1619 that defined American values,...
view all Evangelical blogs
Copyright 2008-2020, Patheos. All rights reserved.