Olympian bobsledding athlete Elana Meyers Taylor is the fastest starting pilot in the world and two-time Olympic medalist on the U.S. Bobsled Team. Her list of medaling in the sport’s regional and world championships is incredible. She has won nine U.S. push championships alone only having begun competing in the sport in 2007.

In a sport that normally takes ten years to train to become a pilot on a bobsled team, Elana became the first American — male or female — to medal in both positions she’s held in the two-man women’s bobsleigh event. She won the Olympic silver medal as a pilot in Sochi in 2014. (She lost the gold by one tenth of a second.) She won the Olympic bronze medal in Vancouver in 2010 as the brakeman.

An outstanding athlete in her own right, her better half or partner is also on the U.S. Bobsled team– her husband, Nic Taylor, who she met at a bible study in upstate New York. It was 2011, and they were training near the U.S. Olympic Training Center in Lake Placid in the Adirondacks. They became close friends and then became engaged within two years. The new pastor of Saranac Lake Baptist Church, Ryan Schneider, baptized them together in the Saranac Lake.

“Nic got baptized first,” Schneider said. “Then he helped me baptize Elana. It was really a powerful statement.”

Elana said of their partnership in and out of the bobsled:

We know God is using our time here for a purpose. It’s exciting to be able to go through this and think about what stories we’ll share with our (future) kids later, and what will come of all of this.

They both speak at young athlete leadership events, giving their testimonies as minorities and Christians in a field that has few of both.

This Olympics they will compete in PyeongChang. Elana, 33, hopes to win a third straight medal in the Winter Olympics as the leader of the women’s team. Nic, 30, is an alternate member of the men’s four-man bobsled team. As a push athlete he twice won the America’s Cup and won the bronze medal during the 2012-13 World Cup season.

“We’re talking about the Olympics. We’re talking about trying to win the gold medal. All of these things can be overwhelming,” Taylor said in a 2016 interview. “But regardless of whether I win a gold medal or never compete again, I just have to trust that God has a plan for my life and I’m called to be his representative through the sport and outside of the sport.”

Taylor has also been recognized for her sportsmanship and friendship with fellow competitors, specifically, Canadian bobsledder, Kaillie Humphries. They competed together in the World Cup’s first four-man bobsled race that featured competitors of both genders.

Watch Elana Meyers Taylor compete in women’s bobsled on February 20 and 21. Follow her on Twitter at @eamslider24. 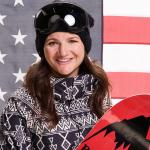 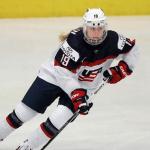 February 10, 2018 Meet Gigi Marvin: Team USA's Hockey Player on a Mission for Christ [videos]
Browse Our Archives
get the latest from
Evangelical
Sign up for our newsletter
POPULAR AT PATHEOS Evangelical
1