Earlier this month Pope Francis remarked that the 19 Roman Catholic clerics and nuns who were killed by Islamists in 1996 “are a testament to God’s plan of love and peaceful coexistence between Christians and Muslims,” the Catholic Register reported. Most of the 19 killed were French citizens.

The pope’s remarks come after centuries of war fought between the Roman Catholic Church and Islamic warriors, who first invaded Algeria in the late 7th century. His comments were given at a beatification Mass held earlier this month in Oran, Algeria. Celebrating the Mass was Cardinal Angelo Becciu, prefect of the Congregation for Saints’ Causes.

Those who were beatified included Blessed Christian de Cherge and six of his fellow Trappists (Fathers Christophe Lebreton, Bruno Lemarchand and Celestin Ringeard, and Brothers Luc Dochier, Michel Fleury and Paul Favre-Miville). The Trappists were kidnapped from their monastery east of the capital and then beheaded by an Armed Islamic Group in 1996.

Their murders were the focus of the movie, “Of Gods and Men,” which won the grand prize the 2010 Cannes Film Festival.

Several months after they murders, Blessed Pierre Claverie, bishop of Oran, was assassinated along with his driver, allegedly by “Islamic militants.”

“These brothers and sisters died among tens and tens of thousands of Algerian Muslims,” said Archbishop Paul Desfarges of Algiers at the ceremony– presumably referring to the war from French colonial rule in 1962.

Despite centuries of violence, the pope’s message said that Christians and Muslims in Algeria “have been victims of the same violence for having lived, with faithfulness and respect for each other, their duties as believers and citizens in this blessed land. It is for them, too, that we pray and express our grateful tribute.”

He added that all Algerians are heirs of the great message of love that began with St. Augustine of Hippo and continued with the martyred religious men and women “at a time when all people are seeking to advance their aspiration to live together in peace.” The time of peace to which he refers remains unclear. Roman Catholicism and Islam have waged war and political control over Algeria for many, many centuries.

The Roman Empire advanced Roman Catholicism to North Africa in the first century. According to historian Theodor Mommsen, the Mediterranean stretch of Algeria was predominantly Roman Catholic by the fifth century. Algeria was home to one of the early church fathers, St. Augustine, an important figure to believers.

Islamic invasion by Muhammad’s followers in the 7th century introduced Shari’a law into Algeria. According to the Roman Catholic Church archives, there were four bishoprics in North Africa in the 14th century, compared to more than 400 in the late 7th century. Shari’a law specified who could live in Algeria, and under what circumstances, based on whether or not residents submitted to Islam.

This changed slightly more than 1,000 years later when Roman Catholicism was reintroduced to Algeria in the 18oo’s during French colonial rule. Under French colonialism, citizenship was assigned based on religion. In essence, an Algerian’s legal rights were determined by whether or not they were Christian, Muslim or Jewish. The Crémieux Decree of 1870 denied Muslim Algerians full citizenship status and granted Christian and Jewish Algerians full citizenship.

This legal status ended in 1962 when Algeria declared independence from France. Although, the religion-based citizenship created ongoing division well after colonialism ended.

According to a 2015 report, the percentage of Christians in Algeria was less than 2 percent in 2009. However, by 2015, an estimated 380,000 Muslims had reportedly converted to Christianity in Algeria, an act punishable by death because of Islamic blasphemy and apostasy laws. Since 2006, missionary outreach to Muslims carries a punishment of up to five years of prison, according to the International Society for Human Rights.

The Protestant Church of Algeria, an outworking of the Methodist and Reformed churches, has a membership of roughly 10,000 members, according to the World Council of Churches. It is one of only two officially recognized Christian organizations in the country, according to the Presbyterian Church USA Mission. Most believers meet in their homes to avoid persecution; according to Open Doors UK, the country’s Minister of Religious Affairs has described such churches as “dangerous.”

“By beatifying our 19 brothers and sisters, the church wishes to bear witness to her desire to continue to work for dialogue, harmony and friendship. We believe that this event, which is unprecedented in your country, will draw a great sign of brotherhood in the Algerian sky for the whole world.” 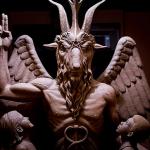 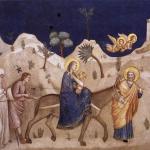 December 21, 2018 Yet another politician gets it wrong about Baby Jesus... again...
Browse Our Archives
Related posts from Hedgerow

A Panopticon for a Ruling Class in the...
This past Monday John Fea’s (21K f.; Messiah University Professor; author of...
view all Evangelical blogs