Gemini: whose brightest binary star points to Jesus the Nazarene

Gemini, May 21-June 20, is the second in the last section of the zodiac, telling the story of Jesus, the reigning redeemer and bridge groom to the church in the series, The Original Christian Zodiac.

Marked by a constellation of two bright stars, named, Castor and Pollux, they have been depicted by secularists as twins representing the sons of the Greek mythological god, Jupiter: Apollo and Hercules. The two figures–lovingly holding each other–are also holding a club, harp, and bow and arrow.

The zodiac according to the gospel in the stars identifies their true nature signifying ruler, judge, and one who comes to labor or suffer: as the dual function of Jesus Christ as king and ruler, and bridegroom to the church.

Joseph Augustus Seiss, whose work helps provide the basis for this series, pointing to ancient texts, suggests the twins are really a man and woman who figuratively represent Adam and Eve. More telling, they also represent the Son of Man– Jesus– the greater Adam, whose female companion or bride, is the church. Eve made from Adam’s rib, is similar to the church coming from Jesus.

Gemini in the original Hebrew, Arabic and Syriac, means “completion.” The marriage union of Christ and his church is described by the stars that comprise the constellation.

According to the Zodiac of Dendera, the two depicted are a man and woman holding hands. “The figure in the Egyptian sphere has an appendage which signifies the Coming One— the Messiah Prince,” Seiss says.

The bride, “bone of His bone and flesh of His flesh,” is “destined for an everlasting union with Him in glory and dominion,” Seiss explains.

The ancient Coptic name for the sign of Gemini is Pi Mahi, which means the United and Completely Joined.

In reality, Gemini is meant to “set forth Christ and His Church in that great marriage union which is to be completed in the heavens during that very judgment period to which these last four signs refer.”

On the left foot of the first figure, representing Christ, is a star, Al Henah, which refers to “Him whose heel was to be bruised.” The principle star on his head is Pollux, the ruler and judge. In the center of his body, another star, Wasat, which means “Set, Seated or put in place,” describes what is prophesied of Christ in connection with the completion of his marriage with his church.

The second figure, representing the church, is conjoined with the first figure. “They are two, and yet they are one– He in them, and they in Him–so that what is HIs is theirs, and what is theirs is His.”

Gemini is God’s sign in the heavens of the coming marriage and union of the Seed of the woman (Virgo) with His redeemed Church, Seiss argues.

Its most important Decan is Sirius, the brightest star in the night sky, which Seiss explains, also points to Jesus of Nazareth.

Sirius, recorded in some of the earliest astronomical records, is a binary star consisting of a main-sequence star of spectral type A1, termed Sirius A, and a faint white dwarf companion of spectral type, Sirius B.

Sirius A is 25 times more luminous than the Sun, is roughly twice as massive as the Sun, and has an absolute visual magnitude of +1.42.

Sirius is visible from almost everywhere on Earth, except latitudes north of 73° N, and can be observed in daylight with the naked eye depending on the weather conditions.

Sirius, comes from sir or seir, which means prince, guardian, the victorious. In the Egyptian sphere, it alludes to the Nazir-Seir, the one who would be called the Naz-seir-ene, or the sent prince. It also connects to in Hebrew meaning of “the rod promised to come forth,” Netzer, the princely branch stemming from Jesse.

Jesus who spent his early years in Nazareth is “the sent prince,” the netzer, branch of whom Isaiah prophesied.

“Here we find the nearest and most literal foreshadowing of the very name [Nazarene], given in place as a designation of the Seed of the woman, and describing Him as the Sent Prince,” Seiss points out.

“He came and dwelt in a city called Nazareth, that it might be fulfilled which was spoken by the prophets, He shall be called Naz-seir-ene.” (Matt. 2:23)

All of the stars in this Decan point to: Mirzam, the ruler; Muliphen, the leader, Wesen, shining illustrious, Ad-Hara, the glorious, Al Harbor, the mighty.

Their meaning clearly signifies Christ, not the Egyptian depiction of a dog as been taught for centuries.

Gemini records in the stars a “most sublime destiny for the congregation of believers,” Seiss argues.

Is it any wonder that the brightest star in the night sky, 25 times more luminous than the Sun, and twice as massive as the Sun, points to none other than Jesus of Nazareth? Those celebrating the age of Gemini can rejoice in the One to whom the brightest star points.

Learn more about the series. 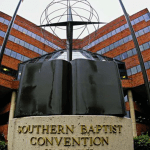 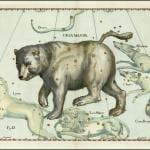 January 14, 2020 Cancer: Journey from dark to light
Browse Our Archives
get the latest from
Evangelical
Sign up for our newsletter
POPULAR AT PATHEOS Evangelical
1