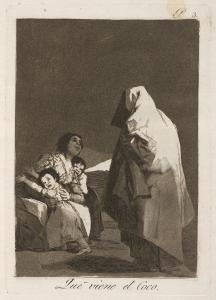 Scripture warns us that those who do evil make for and establish the means by which they will face the consequences of their actions:

Behold, the wicked man conceives evil, and is pregnant with mischief, and brings forth lies.  He makes a pit, digging it out, and falls into the hole which he has made. His mischief returns upon his own head, and on his own pate his violence descends (Ps. 7:14-16 RSV).

Evil is self-destructive; those who engage evil make for their own demise. True justice seeks those who have done evil and desires to convert them to the good, so that whatever evil they have done can be overturned and they do not have to suffer the consequences of such evil. Those who come to understand the evil which they have done will seek justice by healing the harm which they have done; those who seek justice in the world will encourage those who have done wrong to repent, change their ways, and engage true restorative justice. Charity is able to heal the harm which has been done by evil. This is why charity is necessary for true justice to be achieved. Without it, it will be impossible to repair the damage done by any and all injustice.

Sadly, there is much which is done in the name of justice which is anything but just. Nothing can be more dreadful than wayward justice, where charity has been overturned and all that is left is a retributive response to evil. Such justice in reality is no longer justice, but its simulacra, because it does not gear towards the restoration of the good. Instead, it seeks the destruction of what remains of the good in a subject which has done evil, thinking that by doing this, the subject will no longer be able to do evil and so evil will be eliminated. In this effect, instead of overturning such evil, it continues on with it, helping it finish its true intent, the nihilistic elimination of the good, by taking over and destroying what had not yet been destroyed. Such attempts at justice certainly seeks a good, which is the end of evil, but it does so with ill-begotten means because it uses evil itself; they can never rest until that which is tainted with evil perishes. Since all things are tainted with that evil as a result of sin, nothing is free from its blows, nothing is free from its destructive force, and so if it is allowed to continue as it desires, nothing will be left but an empty vacuum where being once stood.

This is, in part, what we find being displayed in many classical fairy stories, and likewise, in many modern horror stories. We see monstrous, evil deeds being done by fiends who work, in a way, as a force of vengeance against all sins, no matter how slight. In fairy stories of old, parent often warned their children what could happen if they disobeyed their parents’ wishes: the dangerous world would send someone into their path to make them pay. The big bad wolf of old is like the slasher villain of today. In both, we find a dread, sinister force at work which serves as the foundation for a warped morality play, where sinners come face to face with the consequences of their sin without any possibility of metanoia. The dread force will come to get them and wipe them out. We can recognize the evil which they have done, but we nonetheless find ourselves supporting them and their cause as that which comes after them, that which comes to judge them with its vengeance, is even more evil than they, even though that force will appear to serve justice. There is often a comic sense of justice being put on display in the tragedies on display in fairy stories and modern horror stories; even as we might wish for those who have done some harm to others to face their just punishment, we are shown how that punishment can easily become sick and perverted and turn into a monstrous horror once mercy has been removed from the equation.

Lactantius, writing in the fourth century, understood how those who engage retribution for some evil they have suffered can end up becoming like, if not worse, than those who made them suffer. “He who strives to repay an injury throws himself out of the way to imitate the very one by whom he was wounded. Thus, he who imitates evil can in no way be good.”[1]  This is especially true with killing. “Therefore, in this command of God, no exception whatsoever must be made. It is always wrong to kill a man who God has intended to be a sacrosanct creature.”[2] Any desire to injure another detracts from true justice and turns the one who engages such activity unjust. “Now from this very act, if he should do harm, he would of necessity lose the name of a good man. For it is no less an evil to pay back an injury than to inflict one.”[3]

Horror stories, therefore, show not only the possible consequences of bad actions, but also warn us against becoming a force of evil ourselves. The morality lesson in such stories do not end merely with the main characters committing some basic fault which we come to see as an error in their own part which deserves some sort of judgment; it continues by showing us the possible horror which can occur when that fault is not properly dealt with in a way which includes mercy and charity. Those who suffer at the hands of evil can become that evil themselves if they do not let mercy into their hearts; perhaps, there is no greater example of this in horror films than with Jason from the Friday the 13th series. Jason became a force of destruction, often killing off teens who were otherwise engaged in various trivial faults, all because of what he had himself suffered at the hands of teens at the age of 11 (where, at a camp, he seemingly drowned due to their proper lack of supervision). Of course, it is not just Jason: it is a common theme in horror stories, that a wronged victim becomes a force of vengeance, turning against those who have harmed them by becoming a greater monster themselves (such as the example of Dr. Phibes), or employing such great monsters for their own purpose (such as the example of the Golem in Jewish legend, or “Pumpkinhead” in horror films).

There is, with such horror, a great sense of tragedy. Evil corrupts the good, and those who do not fight off such evil in themselves become one with the evil which harmed them. That is a greater horror than the death and destruction which we see in the wake of such acts of vengeance and unmerciful moral outrage. We are warned against becoming the monster ourselves while we are shown, at the other hand, the kind of evil, the kind of foibles, which can make someone turn into such an evil creature.

Horror stories, therefore, often serve as examples of retribution and satisfaction; morality tales, where evil destroys the sinner. We are warned that even small evils can rebound and create a retributive force which will take us down with it. The morality lesson, then, is not just simple “don’t do this,” but rather, what happens when evil is encountered and our reaction to it is unjust. We risk becoming a worse evil, all in the name of the good. We risk becoming a monster not unlike the boogeyman himself, a true moral horror to be used as a folk legend for the next generation.

[2] Ibid., 452. Lactantius suggested Christians should not be in the military service nor ever charge someone with a capital crime because even such killings are held to be wrong and against God’s command. 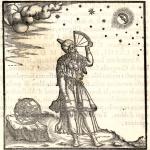 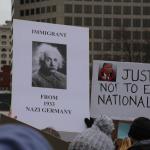 October 24, 2018 Christians Must Be Universal (Catholic) and Not Nationalistic In Their Engagement Of The World
Recent Comments
0 | Leave a Comment
"The sad thing about this whole pandemic is that some segments of the American population ..."
Jason After COVID19
"When William Barr, a Catholic, as the Attorney General, not only promotes, but reestablishes and ..."
Randall The Scandal Of William Barr
"Regardless, the death penalty is harmful--potentially eternally harmful--to all of those involved in it, in ..."
Kevin Stolz The Scandal Of William Barr
"First, grace and peace to you, my friend! Please read this in the spirit in ..."
Kevin Stolz The Scandal Of William Barr
Browse Our Archives
get the latest from
A Little Bit of Nothing
Sign up for our newsletter
POPULAR AT PATHEOS Catholic
1 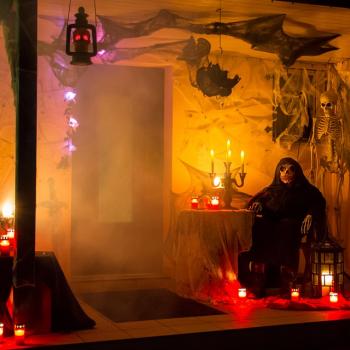 Catholic
Horror, Halloween and the Gospel
A Little Bit of Nothing 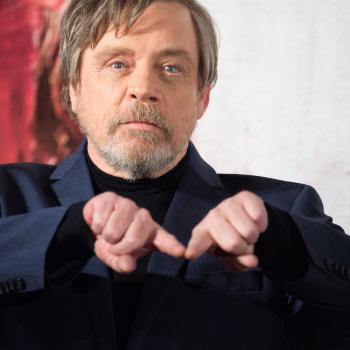 Catholic
Against Triumphalism
A Little Bit of Nothing 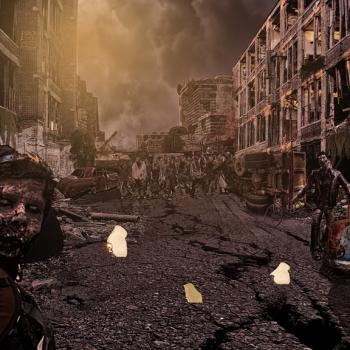 Catholic
The Kingdom Of The Dead
A Little Bit of Nothing 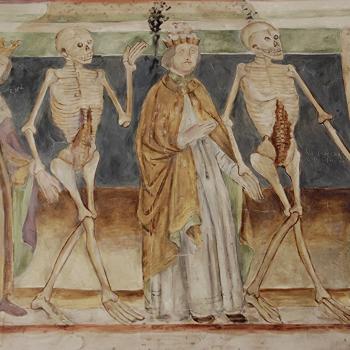 Catholic
October Presents to us the Horrors of Evil...
A Little Bit of Nothing
TRENDING AT PATHEOS Catholic