How a Mosque Can Welcome Women 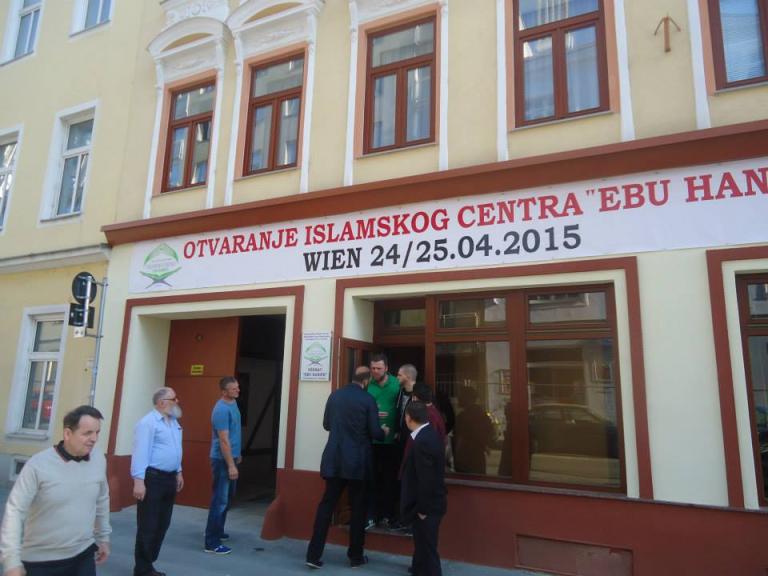 I have never felt so welcome in a mosque!

A few weeks before Ramadan we heard that a mosque nearby re-opened. My family and I wanted to see the new mosque, so we went there for Friday prayer. To say I was surprised would be an understatement: I was amazed! So amazed that this mosque is now my all-time favorite mosque. I have to say that I never had something like a “favorite mosque” until now. I always prayed in different mosques but never felt that the mosque is “my” mosque – until I visited Ebu Hanife, the Islamic Center of Bosnians in Austria (all photos reposted from here). Although I did not understand the Imam’s Friday sermon (it was in Bosnian), I felt very comfortable.

After thinking about why I loved this mosque so much, I found that I had never before felt in a mosque that women are welcome the same way men are welcome.  It is clear that from the beginning this mosque must have been designed and planned for women as active participants too; I had never felt that in other mosques. The planners and architects of Ebu Hanife must have thought about the women’s space as much as they thought about the men’s space – the mosque as an equal place for men and women. The men’s space is not the “main mosque.” It’s not like, “Women can be happy that they have a room to pray, too.” No, the mosque is one big room with two open floors which are connected.

Starting from the entrance, women have equal space in the mosque. There is no “side entrance” – there are two equal entrances and the floors are connected with two stairs. However, I have to admit that I like separate praying areas for women and men. Exclusive spaces for women mean that men cannot claim our spaces and we have a safe space for us. 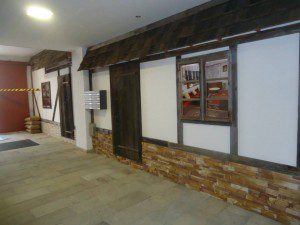 Once you enter from the street you dip into “Little Sarajevo” – the main entrance is given the atmosphere of Bosnian streets and wooden houses. A lot of wood and glass are used and everything is bright and wide. Then you have a women’s entrance and a men’s entrance. The sister’s entrance is wide with a lot of design elements of wood and glass. You go upstairs and you have a wonderful women’s space which is above the men’s space and nearly the same size. From above you see down to the beautiful mimbar.

There is also a very big kitchen with tables and chairs to sit and eat. There are enough restrooms and separate rooms for wudu. In addition to the big and beautiful praying space, the kitchen with dining space, and seating accommodations, there are also two very nice classrooms. There are desks and chairs for children and Arabic letters on the walls, everything looks very aesthetic and considered.

You don’t have the feeling that women can come “too” to the mosque; instead, women are thought as a vital part of the mosque with a right to bright, wide, beautifully designed and very cared-for spaces. So, if you want to pray in a beautiful mosque in Vienna, then the Ebu Hanife mosque will be a wonderful experience!