25 Views on Hell? 2 Questions to Reframe the Debate 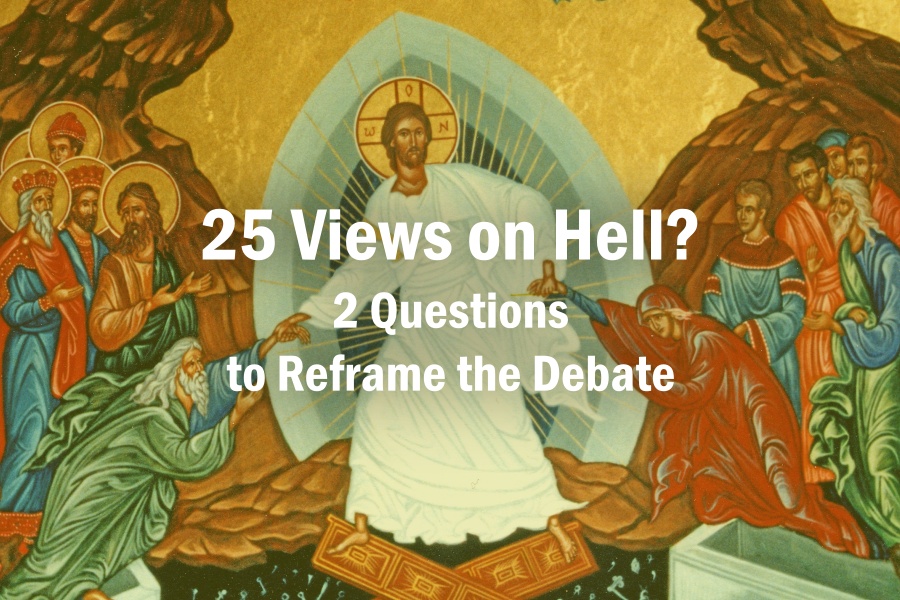 Let’s first consider the fundamental difference between the three major views. As I stated above, each view provides a different answer to the same implied question: “What is the duration of the punishment?”

But we already have a problem, as (at least) two possible answers remain.

And while many universalists feel assured that everyone will be saved in the end (we’ll call this “assured escape”), others believe that the process of punishment in hell allows for the possibility of escape but does not guarantee it (we’ll call this “escapable process”).

For consistency with these other views, I’m now going to refer to the answer of eternal conscious torment as “inescapable process.”

So now we have five views—all different ways to answer one question. But again, I don’t believe this is the most important question we should be asking. I’m much more interested to know, “What is the purpose of the punishment?”

This should be the first question we ask because it gets to the heart of who God is, what he is like, and how he carries out justice.

There are (at least) five ways to answer the question, “What is the purpose of the punishment?”

As I said, this is the more important question because it has to do with the nature of God himself. Those who answer that the punishment of hell is in some way retributive have a drastically different picture of God from those who reject the notion of retributive punishment.

In my mind, this is the real dividing line in the discussion about hell. Does God demand retribution? The debate surrounding the duration of punishment pales in comparison.

Some of these variants (RHIP, RHID, HIP, HID, CHIP, and CHID) are unlikely to find supporters due to a logical dilemma. If the punishment of hell is intended to be healing, why would there be no chance of escape? But then again, whole branches of Christian theology have been built on logical contradictions, so I can’t rule out the possibility that someone might try to make sense of them.

But let’s look at some examples of known views on hell to see where they fit in this classification.

Eternal conscious torment is generally viewed as retributive with no chance of escape, so it would be RIP. (Ha!) By contrast, the dehumanization view of folks like N.T. Wright would agree that hell is eternal and inescapable, but the process of dehumanization is just a natural consequence of rejecting God, so it would be CIP.

I’m actually not positive whether Wright believes it possible to reverse dehumanization, but some from that persuasion do, so that would be CEP. On the other hand, C.S. Lewis’ The Great Divorce not only offers the possibility of escape, but it also presents God as actively seeking people to bring them out from hell, so that would be CHEP.

Universalists generally understand the purpose of hell to be healing (or purifying or restorative). While some are convinced that all will be saved, which would be HAE, others remain unsure that absolutely everyone will repent, which would be HEP.

I’m no expert on Catholic theology, so I want to speak tentatively here, but my understanding is that they view purgatory2 as a place of paying for sins and ultimately being cleansed from them. If my understanding is correct, that would make it RHEP.

For one final example, I’m going to quickly walk through my own current understanding of hell,3 briefly demonstrating why I answer the two questions the way that I do, and classifying my view accordingly.

“What is the purpose of the punishment?”

I must immediately eliminate any form of retribution from my understanding of hell. There are three main reasons for this.

God’s love is an unquenchable fire, intended to refine and purify us. In the resurrection and the judgment, God’s love will be poured out in full measure on everyone. But those who fight against God’s love, clinging to their impurities, will be unable to experience his love as intended. The hell we face is one of our own making.

But at the same time, because God does desire to save everyone, I am convinced that he will continue actively seeking the lost for as long as any hope of repentance remains. God steps into our self-inflicted hell to bring healing.

So in answer to the first question, I would respond, “The punishment is self-inflicted as a natural consequence of sins, but it is also used to bring about healing.”

“What is the duration of the punishment?”

As I stated above, I believe that we send ourselves to hell but that God will continue seeking to save us for as long as any hope remains. This means I must rule out any view of hell as inescapable.

If hell is escapable, then two questions remain. Is escape assured? And if not, what will happen to those who never repent?

On the one hand, the New Testament is filled with passages that offer hope for the ultimate reconciliation of all people (Romans 5:18–19; 1 Corinthians 15:28; Philippians 2:9–11; Ephesians 1:10; Colossians 1:19–20). On the other hand, both testaments are filled with warnings of destruction for those who reject God (Malachi 4:1; John 3:16–18; Romans 6:23; 2 Thessalonians 1:9; Hebrews 10:27). Rather than using one set of passages to explain away the other, I want to acknowledge that both sets teach very real possibilities.

As much as I’d like to affirm the ultimate reconciliation of all, the warning passages keep me from certainty. But no matter how strong those warnings may be, the other passages allow me to hope. And given the reality of human free will, this is exactly what I’d expect—real possibility in either direction.

If people continue on the path away from God and toward death for long enough, I believe it is possible for them to bring about their own complete destruction. But I am hopeful—in the strongest sense of the word—that the God who seeks to save the lost will bring everyone to repentance before anyone can reach that point of destruction.

So in answer to the second question, I would respond, “The punishment, which results in destruction, may be reversed if the individual repents.”

My view of hell would thus be classified as CHED.

What about you? What is your understanding of hell? How would you classify it here? What are some other known views on hell, and how would they be classified?

1 The word punishment can itself be somewhat problematic. Some would say that it is a poor translation for certain Greek words, such as kolasin in Matthew 25:46. For the purpose of this article, I am using punishment simply because it is the word that has traditionally been used in our English New Testaments.

2 I do understand that purgatory in Catholic theology is not the same thing as hell. I’m drastically oversimplifying something I don’t fully understand to offer one additional—albeit very tentative—example. Probably not my best idea.

3 Note that I am providing an overview of my understanding, not a defense thereof. I’m not trying to prove my perspective; I’m just explaining it. The scripture references I include are simply that—references. They are not intended as standalone proof texts, and they should not be read as such. 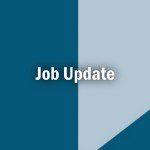 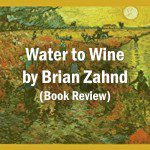