On Violence in The Seed (a Follow-Up to My Review) with Erik Guzman July 19, 2016 Chuck McKnight 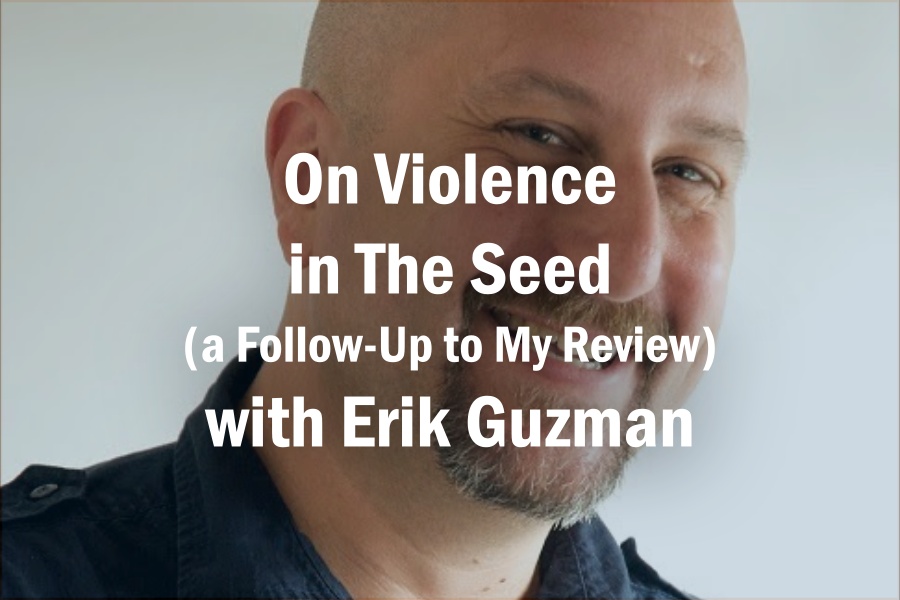 In my recent review of Erik Guzman’s The Seed, I mentioned one part of the book that I found troubling—the idea that God would have commanded Adam to commit an act of violence in order to take his rightful place in creation. However, I also pointed out that because it’s an allegory, I may have been pressing the symbolism further than the author intended.

After I posted my review, Erik took some time to chat about it with me on Facebook. So I thought I’d share some of our conversation (with his permission) in order to clear up some of what was bothering me.

On the one hand, he agreed with my take on allegory:

I like what you said about the story being left to the reader to interpret. I very much want that. I see this book as a mythic spiritual memoir, and by telling my story I hope to tell the story that’s common to all—Love’s story. I really don’t want to impose my meanings, but invite people into it to see themselves.

On the other hand, it seems I did indeed read something into the story that Erik had not intended:

It was really interesting to me that you saw taking the tail as Love’s endorsement of violence. I hadn’t thought of it that way.

He went on to offer a different way of looking at it:

When Love and Wyrm made their deal, I hoped to convey that Love was offering him redemption and life. In fact, that’s what Love was always offering to Wyrm—eternal life and freedom.

But Wyrm, using his freedom, chose to be all that is not Love and life. His obsession with reason and justice (the tree of the knowledge of good and evil) led him to not trust Love.

With full foreknowledge, Love knew the beginning from the end, and at the beginning offered to give Wyrm what he wanted, but it wasn’t really pity or a mercy killing in my mind. It was more letting death be death.

And by offering humanity the ability to take death by the tail, Love was offering mastery over all that is not Love and life.

But this next bit was what really clicked with me:

Also, in writing this book, I started out knowing Madria and Ruak were aspects of my personality. During writing, I came to realize Tatus was too. Beyond the writing, I’m seeing that Love and Wyrm were me too. Love is me in union with God. Wyrm is that part of me that wants to fade to black. I’d like that anti-Love part of me to do just that (along with Tatus—the old man, my ego).

Now that’s an interpretation I can get behind. Not committing violence against any personal being, but destroying that which is harmful in my own life.

Thanks for the clarifications, Erik, and thanks again for an enjoyable book! 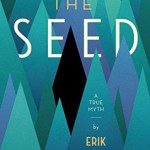