I recently watched the movie Arrival, and I think it’s one of the best science-fiction films to come out in years. I loved everything about it. This is the kind of story that keeps you thinking long after the credits roll. 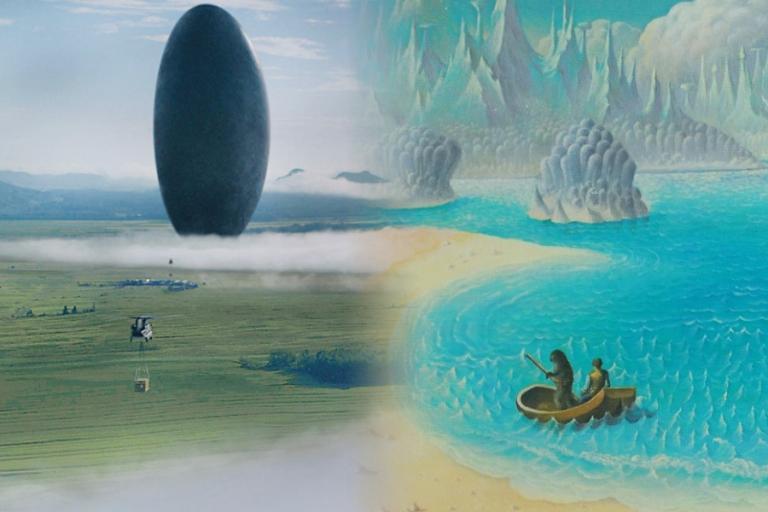 I don’t mean to imply that Arrival is a copy or adaptation of Lewis’ work, and I’m far from suggesting any kind of plagiarism. Based on Ted Chiang’s “Story of Your Life,” Arrival has an original plot, and very much stands on its own. But just for fun, I thought I’d put together all the parallels I could find. I can’t help but think that Lewis must have been at least a little bit of an influence for Chiang.

Note that I’ve not yet read Ted Chiang’s story (though I’d like to). I’m basing this post entirely on the movie. And while I have read Out of the Silent Planet multiple times and have it open in front of me as I write, I’ve only watched Arrival once and don’t currently have a copy of it to reference. So if I mess up some details from the film, that’s probably why.

And of course, spoilers ahead!

Elwin Ransom, the protagonist of Silent Planet, is a philologist. And Louise Banks, the protagonist of Arrival, is a linguist. Both philology and linguistics are concerned with the study of language. Specifically, philology is a subset of linguistics that is concerned with the history, development, and understanding of languages, particularly in the written form. And in Arrival, linguist Louise Banks engages in all of these aspects of philology.

In both stories, the protagonists are taken by force to an encounter with an alien species. In Arrival, Banks is not taken contrary to her spoken will; however, an army helicopter shows up on her doorstep, and she is told she has ten minutes to get ready. The implication, despite her apparent willingness to go, is that she really has no choice in the matter. In Silent Planet, Ransom is drugged and abducted.

His abductors take Ransom to the planet of Malacandra (Mars), where he escapes and encounters such alien species as the hrossa. He spends his time learning the language of the hrossa with the intention of writing a book on it. Banks is taken to Montana, one of twelve sites on Earth where the alien heptapods have landed. Her task there is to learn the language of the heptapods, and she does write a book on it.

Ransom considers one alien species on Malacadra, “Spindly and flimsy things, twice or three times the height of a man. … and how could they stand?—so crazily thin and elongated in the leg, so top-heavily pouted in the chest, such stalky flexible-looking distortions of earthly bipeds.” Excepting the number of legs, this description could easily fit Arrival’s heptapods. The gangly appearance of such Malacandrian species owes to the lower gravity of their planet in relation to Earth. And the heptapods appear to require a similar lower-gravity environment.

As Ransom gets to know his alien companions, he learns that they harbor no ill will toward humans, despite their initially frightful appearance, and he comes to consider them his friends. Banks, too, befriends the aliens over time and eventually learns that their purpose in coming to Earth was to give humanity a gift.

Unfortunately, driven by greed, fear, and misunderstanding, Ransom’s fellow humans (his abductors) attack the native Malacandrians, killing one of them and jeopardizing everything Ransom has been working toward. Likewise driven by fear and misunderstanding, with perhaps more pride than greed, certain soldiers went against orders to attack the heptapods, fatally wounding one of them and jeopardizing Bank’s efforts at peaceful contact.

Arrival wraps up with a bittersweet parting of ways as the heptapods leave Earth. Life can now return more-or-less to normal, but of course nothing will ever be as it was before. And the big reveal is how the heptapods (and eventually Banks) are able to manipulate time, perceiving it nonlinearly. As Out of the Silent Planet resolves, Ransom must bid farewell to the Malacandrians and return to Earth. Arriving home at last, he is now unaccustomed to such things as earthly gravity, and his Malacandrian experience has changed his life forever. In the final line of the book’s postscript, Ransom writes that “the way to the planets lies through the past; if there is to be any more space-travelling, it will have to be time-traveling as well.” 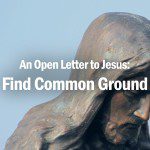 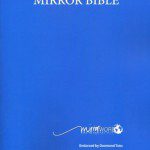 March 6, 2017 Mirror Bible by Francois du Toit (Book Review)
Recent Comments
0 | Leave a Comment
Browse Our Archives
get the latest from
Hippie Heretic
Sign up for our newsletter
POPULAR AT PATHEOS Progressive Christian
1