I want to draw a distinction between two concepts, as I have found this distinction to be helpful when interacting with people of diverging viewpoints. That said, I am limited by the English language to using terms for which a multitude of different definitions exist. In defining these terms, I am not attempting to establish my definitions as the “right” ones. I am simply clarifying what I personally mean by them when making this distinction.

The two distinct concepts are “faith” and “religion.”

By “faith” I am referring to what one believes about the ultimate nature of the universe, our place within it, whatever higher power(s) may or may not have brought it about, and where we are finally heading. Faith, by this definition, is something that everyone possesses, as we all believe something. Naturalism is as much a belief about the universe as is supernaturalism. Even agnosticism—which holds that such ultimate questions simply cannot be known—is still a belief about the ultimate knowability of these matters.

By “religion” I am referring to the guiding principles of one’s ethical sphere of life. Our religion is what motivates us to make one choice over another, believing certain actions to be moral or immoral. Religion, in this sense, need not necessarily be attached to belief in a higher power, though such beliefs may certainly influence one’s religion. And as with faith, everyone has a religion, as here understood, because everyone has their own ethical guidelines for how they believe they ought to live.

Here’s why I find these distinctions to be helpful.

My faith is Christianity, which I’m here defining by the Apostles’ and the Nicene Creed. I believe that God created the universe (through the process of evolution, but that’s another article), that God became flesh as Jesus of Nazareth, that Jesus died and rose again, that he will return to set the world aright, and all the other belief statements that orthodox Christians have always held in common.

But my religion is love. Love is, I believe, the religion that Jesus spent his entire earthly ministry teaching. Love is the religion Jesus summed up in his “Golden Rule,” to “do unto others as you would have them do unto you.” Love is the religion that the earliest followers of Jesus attempted to live and teach (if at times faultingly). Love, the Apostle Paul taught, “fully satisfies all of God’s requirements” and “is the only law you need.” Love is the “pure and faultless” religion James taught, “to care for orphans and widows in their difficulties and to keep the world from contaminating us.” It all comes down to love.

Unfortunately, not long after the time of the Apostles, Christianity changed from being a faith based on Jesus to being a religion based on rules. Even though Jesus and the Apostles explicitly condemned law-based religion, Christians quickly came up with long lists of right and wrong actions that often had little or nothing to do with love. So while I am a Christian by faith, I wholeheartedly reject the legalistic “Christian” religion.

On the one hand, this places me at odds with many (though certainly not all) of those who share my Christian faith. But on the other hand, this builds an incredible bridge of commonality for those of different faiths who nonetheless share the religion of love.

The religion of love, it would appear, lies at the purest center of nearly every faith this world has ever known. Most faiths quickly become contaminated by the religion of legalism, but when you peel back the layers, they all have a heart of love. Faiths as divergent as Christianity, Buddhism, Islam, and secular humanism, when you get right down to their founding principles, are all about treating others the way you’d like to be treated.

And I think that’s something to celebrate. 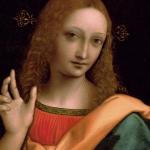 March 14, 2018
My “Silly Little Article” and a Powerful Response
Next Post 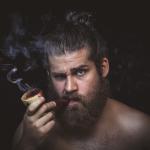 April 1, 2018 How Smoking a Pipe Turned Me Into a Calvinist
Recent Comments
0 | Leave a Comment
Browse Our Archives
get the latest from
Hippie Heretic
Sign up for our newsletter
POPULAR AT PATHEOS Progressive Christian
1

Evangelicals, you have some denouncing to...
Grace-Colored Glasses
Related posts from Hippie Heretic