How Smoking a Pipe Turned Me Into a Calvinist

Everyone knows of the health risks associated with smoking a pipe. But no one ever warned me about the far greater risk it posed to my soul. I thus humbly offer my cautionary tale, in the hope that you may be spared my dreadful plight.

It all started with a hat—a flat cap to be precise. I’ve never been much of one for hats, namely because my head is so big that few hats look any good on it. But the moment I tried on this particular cap, I just knew it was right. (Dare I say it was predestined?)

Well, pair the cap with my rather long beard, and it wasn’t long before friends started telling me I needed a pipe to complete the look.

Pipe smoking, or smoking of any kind for that matter, is not something I’ve previously desired to do. Being homeschooled, I missed out on the peer pressure to smoke as a teen, and as an adult, it just never seemed appealing to intentionally inhale smoke. (Though a friend quickly corrected me—one does not “inhale” smoke from a pipe.) But I’m generally willing to try just about anything once.

So got myself a pipe. After shopping around a little, I decided on a pipe crafted in the same style as those used by both C.S. Lewis and J.R.R. Tolkien. But not even their combined literary genius and Anglo-Catholic influence was strong enough to protect me from what happened next.

As I lit the tobacco, I experienced a new sensation. Instead of feeling strangely warmed, I began to feel the weight of God’s wrath, burning toward my unworthy soul. I understood how abhorrent I was to God, deserving of nothing else but to be cast into the fire.

Whoa! Well, that was weird.

I took a second to clear my head. “God is love,” I repeated to myself. “God is light, and in him there is no darkness at all.” And I pressed on.

I took my first puff, and it all fell away. The illusion that we are God’s children. The lie that God’s reconciliation is for all of creation. The farce that God’s grace is unending and noncoercive. I finally understood how deceived I had been.

With my second puff, I felt God’s love for his elect and only his elect. I accepted his sovereignty, and I praised his holy name for having predestined me to salvation from the foundation of the world—while having damned the majority of the world to eternal suffering in hell.

Wait. No! This can’t be. “God does not desire that any should perish, but that all should come to repentance!” “God is the savior of all people!”

But that pipe. That pipe! It had the appearance of total depravity. As I held it in my hand, it felt like unconditional election. The taste was that of limited atonement. The whole thing drew me in, as irresistible as grace. And all the while it smelled of the perseverance of the saints.

I was spiralling. My theological convictions were crumbling around me under the influence of that maddening piece of wood. What could I do? How could I escape this?

And then it struck me—Karl Barth! Might he be my deliverance? Barth was a Calvinist. And he smoked a pipe! If I had to be a Calvinist, I could at least be a Barthian Calvinist!

In Jesus Christ He has chosen man from all eternity as His own, for life in His kingdom, to be a member of His people, His possession. (Church Dogmatics, “The Doctrine of God”)

Now there’s an unconditional election I could get behind!

He Himself, Jesus Christ, the Son of God made man, was justified by God in His resurrection from the dead. He was justified as man, and in Him as the Representative of all men all were justified. (ibid.)

And an atonement limited to all of humanity? This I could accept!

With that, the enchantment was broken. All of my common sense and theological moorings began flooding back to me.

I put down my pipe. And I turned, once more, with loathing from the so-called god of Jonathan Edwards.

But Barth’s God? He and I get along alright. 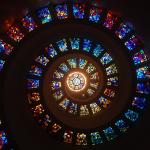 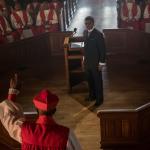